The pilot and three passengers of his

a pilot flew the plane with three passengers. One passenger was a very rich man, one other passenger was a great professor, and one other passenger was a back packer. Suddenly there is damage to the machine which requires them to plunge with parasites. The problem is there are only 3 parasites while they all have 4 people including the pilot. Rich passengers immediately seize the parasite and said, "If you guys can make it difficult for these parasites me, I will sue you all to court, whatever the cost!" Then he hurried plunge. The great professor also took a parasite and said, "The world would lose an important scientist if I die", then he dove with parasites. Now only a pilot and a young backpacker who left behind on the plane. The pilot immediately said, "Only one remaining parasites, and I do not want to die in vain. You have to step over my dead body first if you want this sucker! "The young man calm reply." We do not need to fight, because I also had parasites. The rich man had a bag snatch my backpacker! "Mental quality usually only seen when someone has a problem. Ever hear the advice "If you want to know a true friend, go up the mountain with him" Why? Because if we go up the mountain the whole effort, emotion, exhausted incorporated so one.If in a state hard and difficult people remain the same as the normal state, may he true friend , Sometimes true love can also be measured wife masalah.Suami so harmonious. When her husband lost a job and difficulty, his wife began to bicker complaints and lost harmony. Usually people are not mature personality will be selfish when there is a problem, and thinking is not clear. Unfortunately, if we think clearly the problem is not finished even more parah.Seperti rich man in the story was, as selfish and not thinking clearly he is wrong grab bag, and plunge with a bag containing equipment backpacker travel is not a parasite. Therefore, if you encounter a problem, .. still think calm and careful in situ qualitas bersikap.Karena of us in the test. 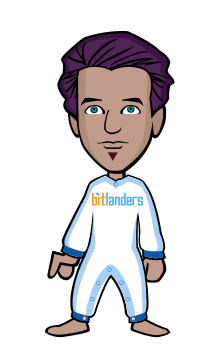 There are many skills fathers should pass on to their children: how to ride a bike,how to skip a sto…