The Plight of the Founder 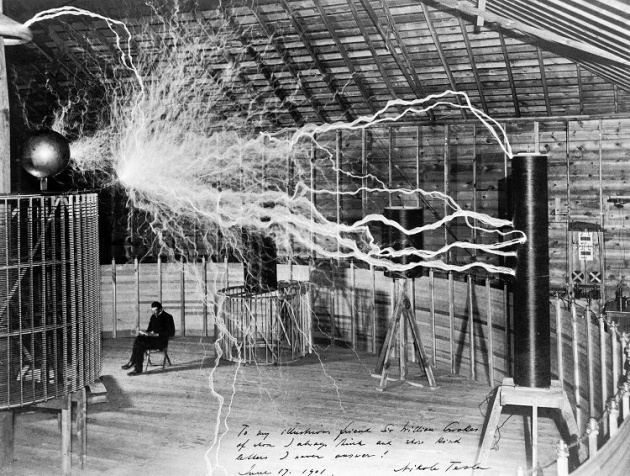 Journal of a Wayward Philosopher
The Plight of the Founder

My mind wanders off of the beaten path once again this week as I finish up A Lodging of Wayfaring Men by Paul Rosenberg for the second time. As I read this book, I can almost 'see' the plight of the founder as it has played out over and over again throughout human history.

In order to understand the plight of the founder, we must first understand a key function of life... all life. The basic laws of thermodynamics tell us that closed systems naturally evolve towards a state of maximum entropy; entropy being the amount of energy not available for work.

This can be observed at the primal level: plants take in sunlight, rainwater, carbon dioxide, and soil materials and convert them into highly concentrated carbon-rich nutrients. These nutrients sustain not only the plants, but in fact the whole chain of animal life. Oxygen is a by-product of this process. Humans and animals take in idle oxygen from the air and use it to nourish their blood.

These are all examples of reversing entropy.

We humans stand out in that we are not limited in our ability to reverse entropy. Humans can take natural resources and convert them into virtually anything conceivable. A hammer... a log cabin... a smart phone... a solar-powered bitcoin mining farm... you name it!

Obviously we cannot create matter from nothing, but we can mold and modify our world as we see fit; constrained only by finite resources and our creative capacity. This means humans are junior creators in this universe... founders, if you will!

It is critical to understand that creativity and the willful reversal of entropy are core abilities innate in every single human being... and that's where the plight of the founder begins.

My understanding of past and present as it relates to human civilization brings me to the conclusion that powerful institutions of various shapes, sizes, and stripes have dominated human civilization for nearly all of recorded history. Some of these institutions were very violent and domineering while others were fairly well-intentioned, but they all seemed to claim sole legitimacy to the creative function of humanity.

In other words, the power institutions have always sought to either harness or suppress the creativity of individuals. The mechanisms for doing so have varied from the ancient Egyptians, to the Greeks, to the Romans, to the Chinese Dynasties, to the modern nation-states, but it seems clear to me that these suppression mechanisms were baked into the core of each particular culture.

All cultures, past and present, have their own set of collective 'myths' that each person knows and understands. These are the aspects of the culture that just cannot be questioned in polite company because everyone knows them to be true. Questioning these myths leads directly to ridicule, scorn, and sometimes much worse.

Here's what I mean: go out tomorrow and publicly announce to your professional circle that you think democracy is an absolutely horrible form of government and gauge their reaction. You will experience first-hand a myth that simply cannot be questioned because it is baked into the core of cultural values. By the way these myths aren't necessarily nefarious or untrue, they are simply the shared beliefs that enable groups of people to operate on a large scale. Yuval Noah Harari fleshed out this concept in his popular Sapiens: A Brief History of Humankind.

I don't know exactly how the limiting myths are built in, but I do know they are delivered to people at a very young age. I have limited memories of my early schooling, but I can replay brief scenes when I look back in time. "She thinks she is better than everyone else!", I hear one classmate say. "Everyone must follow the rules! It's not fair for one person to do something different!", says another.

But every now and then somebody wakes up to the artificial limits, distances themselves from the collective, and reaches for self-actualization... they become a founder. That is to say, they seek to use their creative powers according to their own passions rather than the institutional standards of the day. Often they also feel compelled to help others do the same. The most famous examples are likely well known to you:

"Those who know do not speak. Those who speak do not know.", said Lao-Tzu

"No one saves us but ourselves. No one can and no one may. We ourselves must walk the path.", said the Buddha.

"Men of Athens, I honor and love you; but I shall obey God rather than you, and while I have life and strength I shall never cease from the practice and teaching of philosophy...", said Socrates

"Woe unto you, teachers of the law, because you have taken away the key of knowledge. You did not enter in yourselves, and those who were entering, you hindered.", said Jesus of Nazareth.

"The highest manifestation of life consists in this: that a being governs its own actions. A thing which is always subject to the direction of another is somewhat of a dead thing.", said Thomas Aquinas.

"Power is of two kinds. One is obtained by the fear of punishment and the other by acts of love. Power based on love is a thousand times more effective and permanent then the one derived from fear of punishment.", said Mahatma Gandhi.

"There comes a time when one must take a position that is neither safe, nor politic, nor popular, but he must take it because conscience tells him it is right.", said Martin Luther King Jr.

What ties all of these quotes together is the concept of self-reference - the idea that an individual should structure his or her affairs and judge his or her actions according to their implicit merit and righteousness rather than according to an external code of conduct. One could summarize the concept in this manner: That which births love, peace, and prosperity is righteous; that which births harm and suffering is unjust.

While most of us recognize and hold these names in high-esteem today, all of these people were ridiculed, scorned, and ostracized while they lived. A number of them were murdered for their efforts. These founders cover approximately 2,000 years worth of human history - from roughly 550 B.C. all the way up to modern times.

But this list consists only of the most recognizable founders. There are countless other founders whose names and experiences have been buried by the sands of time.

From the individuals who formed the Hanseatic League which embraced free trade, voluntary cooperation, and self-defense in lieu of the glamour of coercive imperialism... to the nameless inventor of the automated weaving loom which broke the back of the Weaver's Guild and ignited the Industrial Revolution - who was murdered for his efforts.

From the courageous individuals who comprised the Underground Railroad to smuggle slaves... to the early pioneers of science... to inventors of the automobile, electricity, and telecommunications.... to the courageous individuals who sheltered Jews from the Nazis... to the Austrian economists who have vigorously advocated free market economics to the dismay of governments and a plethora of vested special interests... to that guy who famously stood rigid in front of a line of tanks during the Tiananmen Square Massacre... to the early cryptographers who sparked the Information Age... to Satoshi Nakamoto who created a technology capable of liberating money from the shackles of banking cartels... to Cody Wilson who created a machine capable of 3D-printing working firearms and distributed the software for free in the face of increased political calls for gun control... to the relentless individuals comprising the alternative media who are dedicated to seeking and reporting truth... and to the scores of founders I could not possibly reference who have risen above their obstacles to make themselves and this world a better place.

The plight of the founder is more-or-less the same throughout history. They all separate from the pack and go out alone in search of their own truth and their own purpose. In every case, the founder is misunderstood at best and directly opposed at worst. Yet they trudge on despite this, secure in their mission and confident in their ability.

They all seem to come to the same conclusion as well; they all suggest that every human being is capable of becoming a founder, not just a few special people. The way founders view and interact with their fellow man, often in the face of mistreatment, usually confirms this belief. Across the board, founders have a positive view of humanity. They do not see their fellow man's flaws, they see his vast potential.

Additionally, founders very rarely seek to control the behavior of others, even those closest to them. Because the founder necessarily goes through difficult situations alone, he learns how to cope with them effectively. It would be easy for him to step in and shield others from the pain of similar experiences, but the founder rarely does.

Instead, the founder understands a difficult truth: each individual must learn to master reality and realize full potential by his or her own virtues. No one else can do it for them.

How this flies in the face of conventional wisdom and institutional values!

To the onlooker, the founder appears cold, callous, weak, apathetic, eccentric, unpatriotic, and blasphemous. The founder continuously refuses to yield to culture, tradition, authority, and calls for uniformity in the areas where they violate his core principles. To the onlooker, this is disrespectful; to the institution, this is unacceptable. Friends keep their distance. Family members beg for conformity.

Despite this the founder plods on, confident in the validity of his journey and the righteousness of his creative actions. My kingdom is not of this world, said Jesus.

Such is the plight of the founder...

For out-of-the box coverage of market updates, major events in the financial markets, the evolution of monetary policy, and how to position your finances to benefit from developing macroeconomic trends, please join the Zenconomics Report!

We also track a small portfolio of stocks according to the Beta Investment Strategy, and the monthly newsletter explains how we think anyone can build a small fortune over the next several years by catching a major financial trend that is just now beginning to play out.

As a bonus, we include a report detailing everything you need to know about managing an investment portfolio in our Assess, Mitigate, Implement, and Prosper, and we also include a 28-page guide to the Information Age with all new subscriptions.