The Power of Film Annex

Hello to all my new Film Annex friends,

I'm siting in my shorts and tee shirt here in sunny L.A. after just returning from a great to the greatest city in the world I already miss New York.  I'm so excited to get started with my new Film Annex film maker friends. The possibilities seem to be limitless for me, as I will use my blogs to make creative relationships that can create a synergy with people in the film industry.

I just finished shooting a cameo in Warren Beatty's untitled movie about Howard Hughes, when I got back and will now go back to making my film projects.

I plan on using Film Annex to preview them from pre-production straight through to distribution. I feel that Film Annex will be a great way to reach people and make them aware of my films, and also look forward to seeing what other film makers in different parts of the world are up to.

Stories are universal, at least the ones that I'm telling. It seems that most of the movies that are made with large advertising budgets with people flying through walls, ie. no content special effects movie are not what interest me. I'm old school, started making movies in the mid 70's and perfer character and a story. I believe that there is a large audience out there who like the same kind of quality movies. I look forward to seeing what filmmakers from all of the world are offering up. Film Annex will provide that opportunity for me.

My film The Bridge is the kind of story that will translate to any language. I also look forward to possibly meeting a film maker from a different part of the world and be able to exchanging creative idea's... the opportunities can be limitless. Well, I'm signing off for now, I look forward to meeting creative artist on Film Annex....Have a great rest of the day... 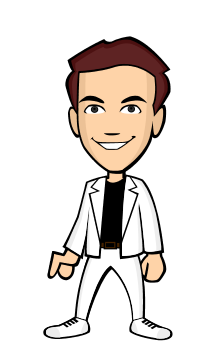 Joe Cortese is an actor, writer and producer. Based in Los Angeles, he is a Jersey boy at heart. Some of his theatre credits include Lenny in "Of Mice and Men", Pozzo in "Waiting for Godot", and Patsy in "Three Men on a Horse", to mention a few. Some of…