The recent Ashley Madison hack has landed a lot of people in trouble, and there's a whole load of church leaders in the mix...

The recent Ashley Madison hack is causing some serious bother for people… Including men of the cloth.

The dating website that encourages people to have an affair had a security breach recently, which led to the names of it members being released online.

Obviously, the names on the list are going to be looked at, and some people may find themselves in hot water.

Holy men are no exception.

A recent blog on Christianity Today Ed Stetzer says that as many as 400 church leaders could be retiring this weekend. Pastors, deacons, elders and church staff members are expected to be bowing out of the church, as their names have popped up on the naughty list.

He bases that number on ‘conversations with leaders from several denominations in the U.S. and Canada’ and adds ‘To be honest, the number of pastors and church leaders on Ashley Madison is much lower than the number of those looking to have an affair.’

To be fair, Stetzer’s credentials to make these claims are pretty strong. He is the director of Lifeway Research, and highly regarded expert on church leadership, and he’s executive editor of the Christian leadership publication ‘Facts & Trends’. So basically, he knows his shit when it comes o vicars.

They’re bold claims indeed. But hardly surprising. It’s cliche to say that they’re all up to something, but it does sometimes seem that way. Hiding behind a robe and praying for forgiveness doesn’t exactly make them angels. 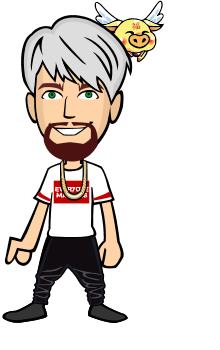 There is a very beautiful building in my city that I like very much! Built in 1899 in the Moorish st…

One of the most beautiful buildings from Constanta City/ Romania