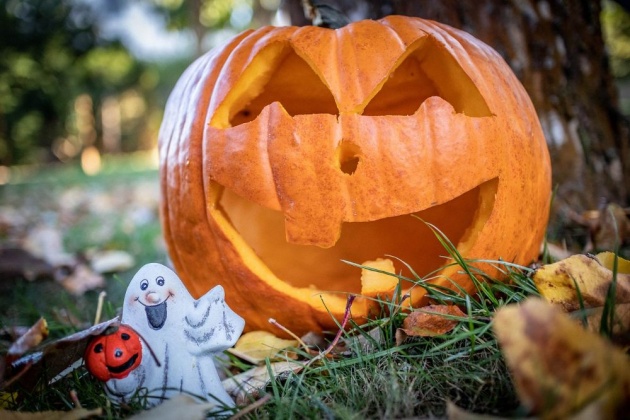 All Saints' Day and All Souls' Day may be over but Halloween season isn't yet here on bitLanders so here's my last Halloween blog for this year! 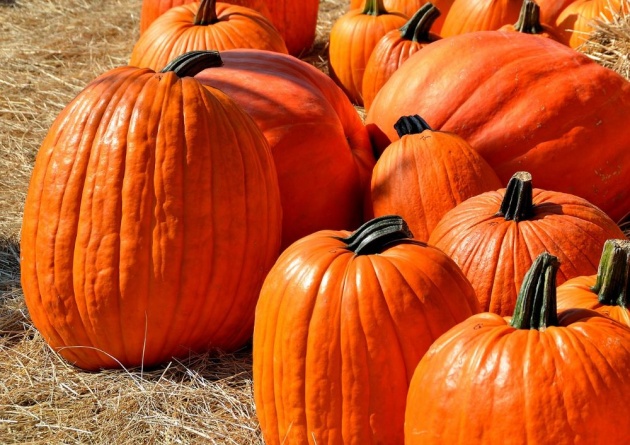 Pumpkins are large yellow to orange rounded squash plant belonging to the Cucurbitaceae family, particularly classified as a member of the Cucurbita genera along with squash, zuchinni, and some gourds. It usually weighs around three to eight kilograms, has smooth and minimal ribbed skin. Pumpkins are to thought to have originated in North America while seeds of related plants were found in Mexico which dates back from 7000 to 5500 B.C.

It's name originated from the Greek word "pepon" which means "large melon". French called it "pompon", then "pumpion" by the British, and "pumpkin" by the Americans. ("Pompon" sounds so cute, don't you think? Pepon! Pompon! Pumpion! This sounds like a tongue twister.) 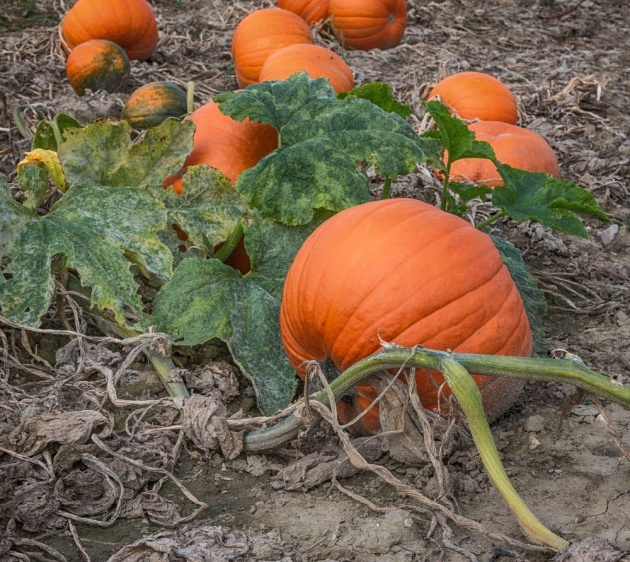 Pumpkins are grown during warm weather usually late May to early July and takes 90 to 120 days before harvesting, around late September to early October. It grows on a soil that has enough water while suffers from soils that are too dry or has too much water. It does not grow on cold areas like Antartica.

In the United States, pumpkin is one of the most popular crops where 95% of it are grown in the state of Illinois and 85% are planted by Nestle at Morton, Illinois. United States is one of the top producers of pumpkins along with China, Mexico, India, and Canada. Since United States produces lots of pumpkins, different states hold pumpkin festivals which includes activities like pumpkin carving, smashing, painting, slinger, and more. (Here are some of the best pumpkin festivals in America.)

Pumpkins aren't only just for Thanksgiving and Halloween. It has health nutrients that are very beneficial for our body as well. 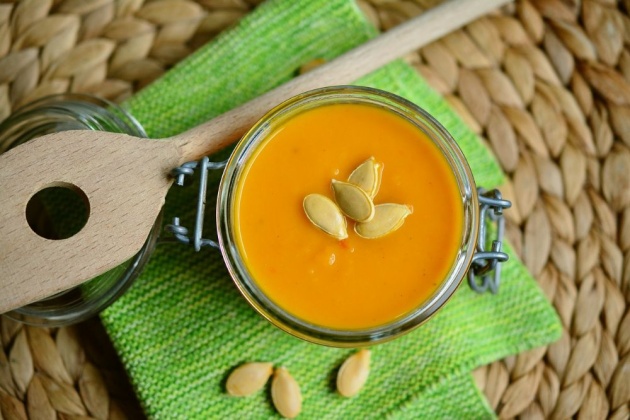 It contains fiber, potassium, and vitamin C which is good for the heart and it's low in calories so it's great in preventing obesity. Eating pumpkins are excellent for eye health because it contains vitamin A, vitamin E, and antioxidants such as beta-carotine, lutein, cryptoxanthin, and zeaxanthin. Beta-carotine is responsible for the yellow or orange color of pumpkins.

Pumpkins also help reduce the development of certain cancers such as prostate cancer and colon cancer. It prevents diabetes, heart disease, asthma, and delays aging. Aside from its big benefits, it helps you have a healthy hair and complexion, good body mass index (BMI), and increases energy. So go and have a feast on a pumpkin pie, pumpkin soup, pumpkin puree, or just a plain one! It's a munch with no regrets! (Here are some delicious recipes you can make with pumpkins!)

Oftentimes, people are confused between pumpkin and squash. Is pumpkin different from squash? Or are they the same? 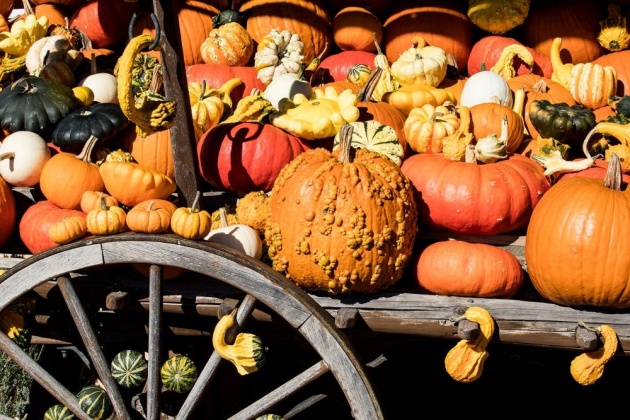 Pumpkin is a type of fruit that belongs to the Cucurbita genera of the Cucurbitaceae family where the squash belongs as well. It's stem is stiff and rigid compared to others, and seeds are also edible. Pumpkins are popularly used for carving. On the other hand, a squash is a collective term for fruits in the Cucurbita genera. It can either be buttercup squash, butternut squash, turban squash, pumpkin, etc.

So are they the same? I would say yes, because pumpkin is a type of squash, but not all squash can be pumpkins. Squash is a generic term while the pumpkin is the more specific term for its kind.

A FRUIT OR VEGETABLE? 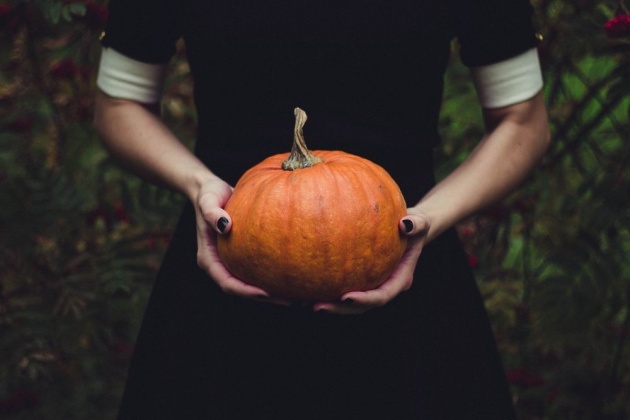 Another thing that is confusing people about pumpkins is the question whether they are fruits or vegetables. What do you think?

If you read what I've written above, you know that I said "fruit". Yes, pumpkin is a fruit and not a vegetable. It develops from the ovary of a flowering plant, has flesh, and the seeds can be eaten. The characteristics that defines a fruit. Pumpkins may be cooked with vegetables but it is actually a fruit. We just eat them like vegetables. Isn't it cool? All my life I've thought pumpkins and squashes were vegetables. So when you say it's the only vegetable you eat, then you have not been eating vegetables at all. 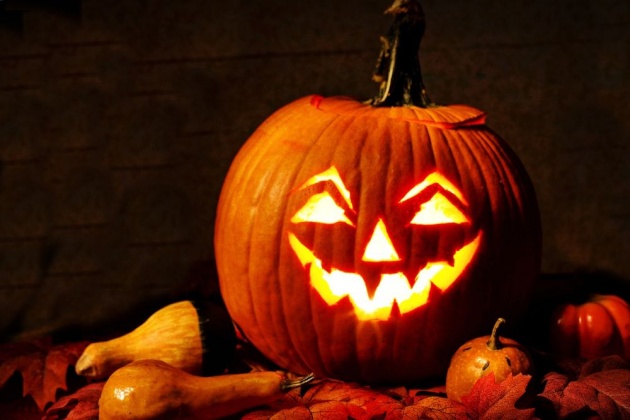 Not all pumpkins are used for carving and jack-o'-lanterns. Sugar pumpkins, for example, is a type for making pumpkin pies. For carving, the most preferred type of pumpkin to use is the jack-o'-lantern pumpkin type. It has thin walls making it easier for you to carve and cut. The thin wall also allows light to shine through which makes the jack-o'-lantern appear glowing at night. It also has lesser flesh but contains more water. 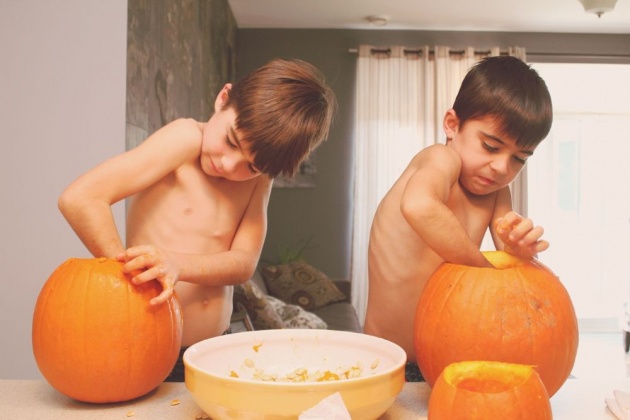 Jack-o'-lantern pumpkins are used as a very popular ornament during Halloween season. People carve out different shapes and faces from the pumpkin and place a candle inside. (Here's how to make your own jack-o'-lantern.)

If don't like carving, here are also other fun ways to use pumpkins as decor. Check it HERE!

THE STORY OF JACK-O'-LANTERN

Pumpkins and Halloween came from an Irish myth about a man named "Stingy Jack". Stingy Jack loves to play tricks on people. One day, he invited the devil for a dinner and asked him to turn into a coin because he doesn't want to pay for their food. However, he plays a trick on the devil and put the coin beside a cross to prevent the devil from transforming back. After some time, Jack freed the devil and asked him not to bother him for one year. When it was over, the devil came back and was again tricked. Jack told the devil to get a fruit from a tree. And while the devil was on the tree, Jack carved a cross symbol on the tree's trunk preventing the devil from coming down. The devil then promised not to bother Jack for the next ten years.

Time came when Jack died. God didn't allow his soul to enter heaven nor the devil allowed him in Hell, and so he was sent into the dark night with only a burning coal to light his path. Jack placed the burning coal inside a carved out turnip while roaming in the Earth. 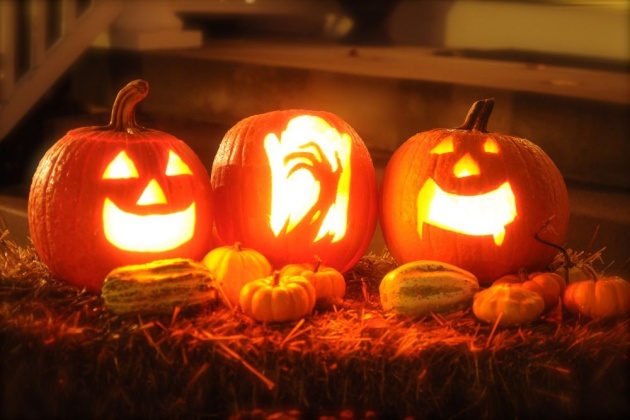 People from Ireland and Scotland then began carving their own lanterns out of turnips to scare away Jack and other bad spirits. When the jack-o'-lantern was introduced in America, the turnips was replaced by pumpkins which became really popular until this day.

JACK-O'-LANTERNS IN THE PHILIPPINES 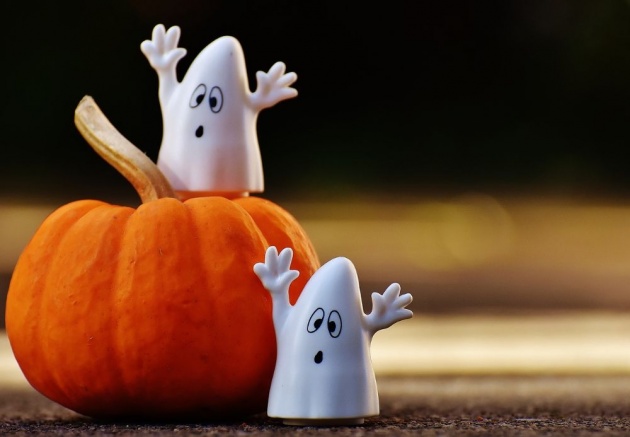 In my country, people do not carve pumpkins for jack-o'-lanterns. Some families or friends probably do it, but in general, Filipinos do not make jack-o'-lanterns. Most Filipinos don't even celebrate Halloween. There may be Halloween activities like trick or treating and Halloween costume contests but they are very limited and not being participated by many. People would rather visit the cemetery, reunite with relatives, and eat foods popular during All Saint's Day and All Soul's Day.

The only jack-o'-lanterns I've seen around were the ones made of plastic as a container for goodies when you go trick or treating. Filipinos are practical and so I think they would rather eat the pumpkin than use it as a decoration in the house. With the inflation rate surging, wasting food will be frowned upon. Your jack-o'-lantern might even get stolen once you place it outside. It may sound hilarious but it's not far from happening. Definitely possible! Some people might destroy it like this pumpkin-related vandalism in another country.

Pumpkins are symbolic and very important ornament for Halloween. Christmas have Christmas trees while Halloween have pumpkins. Countries that grows lots of pumpkins definitely can enjoy carving jack-o'-lanterns during Halloween. I think it's a great medium for creativity as well. Even though I don't celebrate Halloween, I think there's nothing wrong with using pumpkins as decors and I am looking forward to carve my own jack-o'-lantern someday. Pumpkins are delicious and nutritious, and making jack-o'-lanterns makes pumpkins more lovable to everyone.