Filmmakers today don't have an easy job. Unless you're already recognized by Hollywood or institutions like Sundance, finding distribution for your movie can turn out to be a real hassle. That's why many directors, especially short film makers, turn towards online film distribution and Festivals to get their work known. Film distribution platforms like Film Annex made their mission to support indie filmmakers by offering them an online network to showcase their films and finance them at the same time.

But how to use Film Annex to its fullest, be chosen to be on Eren's Picks and generate traffic and revenues? Here are a few tips... First upload great movies. Animations or narratives, they all have their place on Film Annex. A big plus is also to add actor's interviews, behind the scenes, making of or director's cuts. The audience likes to see how films are made and discover the director's world. What are we looking for on Film Annex? Have a look at Eren's Picks on the homepage and visit the profiles of the filmmakers listed there. They do animations, dramas, comedies and are the perfect examples of success on the platform. 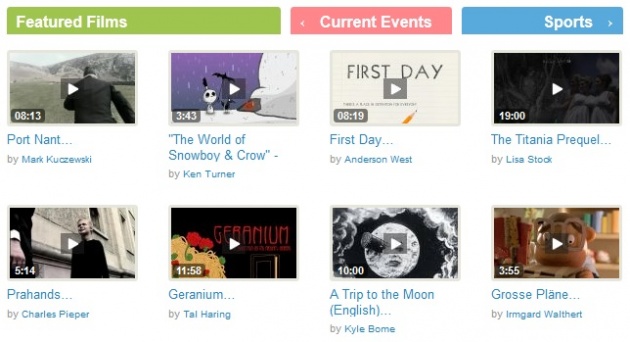 Connecting with your audience is key, so the second step is to blog. Whether you talk about how you came to filmmaking, how you directed your last film or what is coming next, use the blogs to add more personality to your Web TV. Again, get inspired by a few examples, with Dan McKenzie explaining how he animates his characters, Ken Turner updating us on his next animated short, or Anderson West sharing what kind of films he likes to shoot.

Then, it's all about sharing your work. In an era where the Internet and social media are part of our daily lives, promoting your films there makes perfect sense. And we make it easy for you as every Web TV, movie page and blog has sharing buttons for Facebook, Twitter, Google+, LinkedIn, and Tumblr. And we added an incentive. Not only sharing on social media makes your work known but it also increases your Buzz Score. A high Buzz Score means a higher position on Eren's Picks, which leads to more traffic and more revenues. I noticed that many of our filmmakers use Twitter as they find it more effective to connect with other filmmakers and the media. But I would also recommend LinkedIn, as it is a professional platform and the perfect place to present your work for potential business opportunities and to connect with people from your industry. Check the Filmmakers on Social Media blog series for advice directly from our filmmakers.

So this is your plan: Movies + Blogs + Sharing on Social Media = Distribution and Financing. By choosing online film distribution and adopting the right social media strategy, filmmakers get financed on Film Annex. They also get to be part of a community of filmmakers and writers, not to mention exchange with the Film Annex team!