The Scary Truth About Chicken 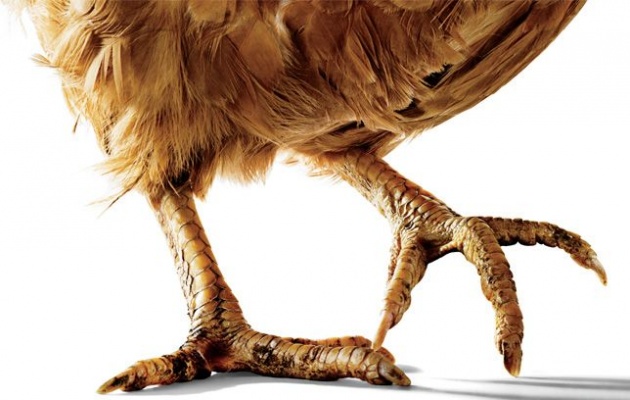 A century ago, chickens roamed the family farm, laying eggs, eating seeds and bugs, catching vitamin D from the sun, and living well into adulthood. But with the 20th century came the transition to factory-type efficiency; poultry companies owned everything from hatcheries to packing plants. Conditions deteriorated. The chickens spent less time outdoors. To maximize profit, farms cranked out larger chickens faster. One reason the birds grew quickly: a diet supported by antibiotics.

These aren't the high-dose antibiotics that doctors give humans to cure infections. Instead, they're lower doses given as "growth promoters" to make chickens bigger. Studies in the 1940s and '50s showed that chickens on low levels of antibiotics grew larger (we still don't know exactly why). Average chicken weight more than doubled from 1925 to 2011. Chickens today reach slaughter in six to seven weeks, as opposed to 16 weeks in 1925, partly because of these drugs.

Scientists are trying to figure out if fast-growing "super-chickens" are less nutritious than the slower-growing poultry of the past. Research from Italy in 2012 found that the meat of slow-growing chickens raised at least partially outdoors had higher levels of heart- and brain-healthy omega-3 fatty acids. These chickens also had higher levels of antioxidants. The findings were echoed in a 2014 review led by James Sales, Ph.D., in the Czech Republic. Why? According to Cesare Castellini, M.D., Ph.D., of the University of Perugia, Italy, author of the 2012 study, "Slower-growing chickens reared outdoors widely forage, and their intake of grass, worms, and insects is three to four times higher. They are healthier."

The Sick Side of the Poultry Industry

Bacteria such as salmonella, Campylobacter, and Enterococcuslive in the guts of chickens naturally. They won't harm the birds, but they can live on after passing through the intestinal tract and into the litter. If a bird is raised in feces-laden litter, the bacteria are easily spread to other chickens and increase in number. The bugs may even transfer onto vegetables in the fields where farmers spread poultry poop as fertilizer. And ultimately, they may end up in you after a chicken dinner.

Even though the USDA inspects processing plants, independent studies show that almost all supermarket chicken harbors bacteria. The National Antimicrobial Resistance Monitoring System found that among supermarket chicken breasts sampled between 2002 and 2010, an average of 83 percent were contaminated with E. coli, 47 percent withCampylobacter, and 13 percent with salmonella. In 2013,Consumer Reports bought 316 packages of chicken breasts from supermarkets across the country. It found that 97 percent had bacteria, including salmonella, Campylobacter, andEnterococcus.

If you don't properly handle and cook poultry, these bacteria may cause diarrhea and other gastrointestinal problems. Severe illness and death are likeliest in the very young, the very old, and anyone with weakened immunity. In fact, from 1998 to 2008, more deaths from foodborne pathogens were attributed to poultry than any other food. But foodborne illness is a fatal footnote to a much bigger problem: antibiotic resistance.

If you viewed chicken litter under a microscope, you'd see a primordial stew of mutating microorganisms. "It's like this giant mixing pot for the evolution of these bacteria," says Lance Price, Ph.D., a public health researcher at George Washington University. Price studies the DNA of bacteria, and he's increasingly worried that antibiotics' effectiveness is waning. "The CDC, WHO—everybody calls this one of the greatest threats we face today in terms of public health," he says. "We can't be using these antibiotics like cheap production tools."

Price went to the Morison farm back in 2007, when it was still under contract with Perdue. In a study published inEnvironmental Health Perspectives, he reported that poultry workers were 32 times as likely as people outside the industry to be carrying antibiotic-resistant E. coli. Plus, there's the nausea-inducing "pursuit" study from Johns Hopkins back in 2008: Researchers drove behind poultry transport trucks for 17 miles. These dedicated scientists left their car windows open, and after the trek they took samples from their cars. Their lab tests found that significant amounts of antibiotic-resistant bacteria had spread to the air and landed on surfaces inside the cars. These bugs are hardy. They're everywhere, and they'd like to make a home inside you.

That Consumer Reports research found that about half of the samples had at least one bacterium that showed resistance to three or more drugs or classes of drugs that would normally be effective against them. In 2013 a particularly powerful salmonella outbreak originated from the U.S. chicken supplier Foster Farms. The flare-up featured the multidrug-resistantHeidelberg strain, which sent twice as many people (254, in 29 states) to the hospital as a typical salmonella outbreak would.

The CDC estimates more than 2 million Americans come down with antibiotic-resistant infections each year; at least 23,000 people die as a result. Doctors are starting to see resistance to a key remedy, ciproflaxin, in almost 25 percent ofCampylobacter bacteria tested. The CDC estimates that antibiotic-resistant infections such as these cost the nation $20 billion in health care every year, with up to $35 billion yearly in added costs for lost productivity. 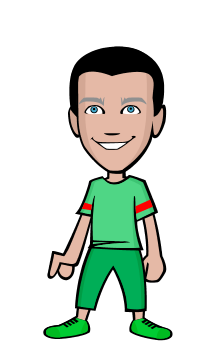