The Sing-Off  singing competition is basically an american base reality show broadcasting on NBC first time on december 14, 2009 which features Groups of Cappella.It is produced by American best production companies so far which includes Sony pictures and Outlaw productions.The main aim of this amazing show is to find the talent in terms of varies groups relating to any gender and age.Its also follow the public oriented show format depending on public votes.This show also is in the list of those who can't be for got by public.

The sing off hosted by one of famous tv personality Mr Nick Lachey.Nicholas Scott  is basically a multi talented personality , he is singer ,Host ,artist ,song writer and producer as well ans amazing personality.He started his carrier with television series Newlyweds Nick and Jessica which also very famous Tv series.

This amazing reality show is judge by three amazing personalities who also known as best in the field of singing , Ben Folds , Shawn Stockman and Nicole Scherzinger.

Seasons of the Show (The Singing-Off )

The show was featured on performing the most popular songs and the winning prize of the show was 100,000$ and the recording contract of Sony Music.

The Nota was declared as the winner of season 1.

The show was aired on December 6, 2010 and consist of five episodes the number of groups were increased 8 to 10 with acts taken from United States.The Host was the same Nick Lachey and the judges were also the same.

The first episode had the groups singing their signature songs. In the second episode, the remaining eight groups sing modern song that was released in the past five years or so. For the third episode, the groups covered a rock song into the guilty and pleasure song and sang. The fourth episode has to sing a medley of songs by a great artist and perform a song chosen by the judges. One more group was to be eliminated from the slot.

Winner of the Season 2 was  Street Corner Symphony

The Sing-Off was with a slight change in a third season with eleven episodes and aired on September 19, 2011. That was the first Sing-Off season which has included sixteen groups of singers. it was announced on May 16, 2011 that judge Nicole Scherzinger will not return for this season because of her duties as one of the judges in the Famous show and that Sara Bareilles will replace Scherzinger.So there were sixteen vocal groups, and each group were divided into two Slots of eight for the first four episodes to get down to the top 10. The first and second episodes had the groups singing their favorite songs, while the third and fourth episodes had to perform a current hit and a classic song from the year 1960. The fifth episode in which the two brackets merged together, with the remaining 10 groups performing their songs. In the sixth episode, the eight remaining groups had to perform a hip-hop song and at the end of the episode, the show had its first-ever Sing show off in which bottom two groups sang different versions of the songs and the judges voted which to save and some to seand back to home. The remaining groups in the seventh episode sang a medley and in the eighth episode, the remaining six performed a country song and a rock and roll song. The top five groups performed blues hits from today, and classics from the past, in the ninth episode. In the tenth episode, the top four performed master mix songs, and the song picked by the judges. In the elimination round, Urban Method in advanced to the finale.

The Winner of the season 3 winner was Pentatonix

As a new addition to the season 4th of Sing-Off. At the end of every show, the bottom two groups were decide by the judges should face off in the singing challenge given by the judges, In the Elimination Round each group singing the same song trying to eliminate their opponent. The show was return on 9th of December 2013, and aired for over several night.The Last Episode of the show was aired on 23 December 2013.

The 5th season The Sing-Off was aired on Television in October , 1 2014 on NBC However the Season has Specially aired Episodes of two hours.In Which Stockman and Jewel returned as the Judges.

Winner of the season 5

The Winner of the 5th Season was Vanderbilt Melodores. 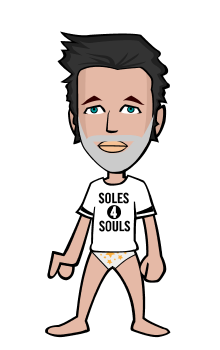