The Stories of ISIS Women - Why women in Syria join the morality police?

Why do you think women in Syria join the morality police?

A lot is being talked about recently about ISIS soldiers. But this time, it's the voice of women in Syria, "ISIS wives", "ISIS women," that is being heard, as they talk about enforcing the law in the all-female morality police of the Islamic State, but also escaping their life in Syria.

In a recent article in the New York Times, "ISIS Women and Enforcers in Syria Recount Collaboration, Anguish and Escape," writer Azadeh Moaveni explains: "The Islamic State has come to be known around the world by names like ISIS and ISIL. But in Raqqa, residents began calling it Al Tanzeem: The Organization. And it quickly became clear that every spot in the social order, and any chance for a family to survive, was utterly dependent on the group. [...] Dua, Aws and Asma were among the lucky: The choice to join was available to them. And each chose to barter her life, through work and marriage, to the Organization. None of them subscribed to its extreme ideology, and even after fleeing their homes and going into hiding, they still struggle to explain how they changed from modern young women into Islamic State morality enforcers."

How do you think life is as an "ISIS wife"?

How many more women will escape ISIS-controlled Syria?

Did you know about the stories of ISIS women?

Tell us in the comments below. 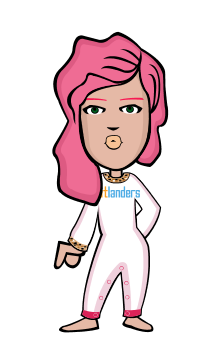