The Things Other Countries Call “American” Are Absolutely Hilarious

Redditor GeneraLeeStoned recently posed the question on AskReddit, “Hey Europeans, in America we have things like French kiss, Swedish massage, or English tea. What are some things named after America that we might not realize?”
The responses encompassed countries far beyond Europe, and were equal parts hilarious, disturbing, and eye-opening. Here are some of the best ones.


NBC / Via huffingtonpost.com
1. Austrians call super-sized hamburgers “American burgers.”
“I don’t know why, but here in Austria, every diner calls their burgers ‘American burgers’ if they’re considered above average in size.”

—JuicyKay
2. In the Netherlands, a tumor in fatty tissue is called “Amerikænker.”
“Probably because of similar reasons.”

—Gooi-a-weg
3. And the largest burger in McDonald’s in Israel is called the “Big America.”


souciant.com
“It’s their biggest by far.”

—JLBest
4. To “have an American” in Ireland means pleasuring yourself.
“It’s a roundabout version of rhyming slang. American -> Yank -> Wank.”


bbc.com
“So an example would be a party that is out of control that could be described as ‘heilt Texas’.”


Google
“That translates to ‘American fist’.”


lg.com
—bargainous
10. Multiple-choice questions are called “American questions” in Israel.
–AaronRamsay
11. Irish people used to host “American wakes” for friends and family emigrating to the US.


Kerry Brown/2015 Twentieth Century Fox Film Corporation / Via fashionista.com
“In Ireland, in the 19th and early 20th centuries, when a person emigrated to the US, odds were their friends and families would never see them again. So you’d have what was called an American wake, like a regular Irish wake with drinking and dancing and singing and crying, except the deceased was still alive and participating in the festivities.”

—Eoiny
12. In Canada, when you drive up to a stop sign and no one is around, so you slow down but don’t actually stop before accelerating again, you’re doing an “American stop.”
—CHRISTMAS-APE
13. In Japan, an “American coffee” is plain and weak black brewed coffee, and an “American joke” is a joke that pretty much any foreigner makes.


Flickr: lizzybeans11
“The joke falls flat because of some obscure idiom or cultural reference.”

—kaihatsusha
14. Potlucks are called “American parties” in the Netherlands.
—juggler0
15. “American mustard” is the worst kind available, according to the English.


britishcornershop.co.uk
“In order: English mustard is strong as hell, if you use too much and you end up with what I can only describe as a nose enema. French mustard is wholegrain mustard most of the time; it’s good, but highly situational. American mustard is weak-ass shit that goes perfectly on a hot dog, and only a hot dog.”

—BigSpikeMike
16. The Dutch recently started referring to elections where the debate is media-focused, and not about the policy but about the person, as “American elections.”
—PM_MIJ_STROOPWAFELS
17. A bedroom with a shower in it is an “American bedroom” in Malta, because…?
“Just got back from Malta where we rented a flat. Landlord made it a point to show us the ‘American bedroom’ they just had finished. It was literally just a bedroom, a nice one, with a shower stall in the corner. No doors or walls separating it from the rest of the bedroom or anything. From the shower you could, with a good jump, land on the bed. The toilet and sink had their own room down the hall however.

“He eagerly asked if this was how it was done in America. He was a bit perplexed as to why it was called an ‘American bedroom’ if us Americans had never seen one set up like that. Regardless, he shrugged it off and said, ‘Well, enjoy it anyway!’ We did.”

—mtrugger2
18. And some European countries, including Switzerland, have a “Cool American” Doritos flavor. 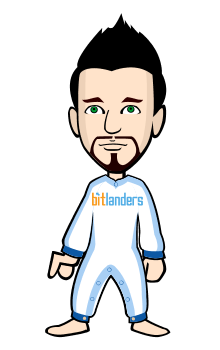