Journal of a Wayward Philosopher 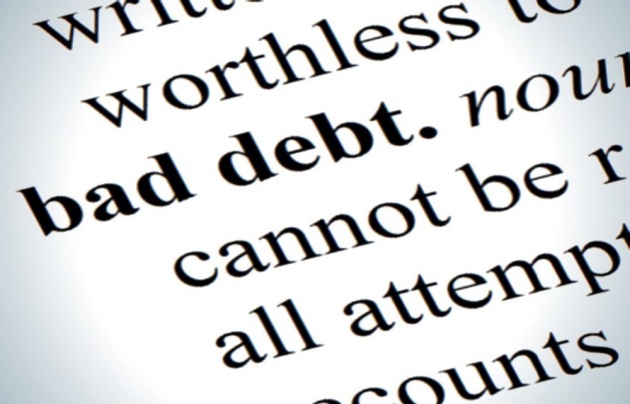 Happy holidays and a belated Merry Christmas to you! We had quite the festive Christmas here at the Withrow Estate, but we are gearing down now. The family has dispersed, the gifts have been assimilated, the eggnog has run dry, and only the Christmas tree has survived wife Rachel’s de-decoration spree. In fact, the tree only survived thanks to your editor’s steadfast resistance.

Like the last of the Lighthouse Keepers, I diligently rise to light the tree first thing each morning – unwilling to abandon my responsibility in lieu of Christmas day’s passing. When the evening finds little Madison and wife Rachel sound asleep, I somberly extinguish the lights knowing full-well that the Christmas tree’s days are numbered.

Moving my gaze from this wonderful holiday season over to the financial markets: the financial press is celebrating the Fed’s 0.25% rate hike as an act of wisdom and prudence. The Federal Reserve has announced that they will carry out such a 0.25% rate hike four times per year for the next four years in an effort to get back to a more “normal” interest rate environment. Though the pundits will cheer this on as sensible, the likelihood of such a centrally planned endeavor coming to fruition is slim-to-none.

The purpose of the financial markets – and all markets – is price discovery. Prices are not something to be “fixed” by a higher authority; they are instead the result of countless individual actors in the market place. Prices form as buyers and sellers determine where they can agree to get the deal done.

As we touched on in the previous journal entry, the Fed can only directly set the Federal Funds rate which does influence interest rates, but the Fed cannot directly control market rates. Markets can be influenced and manipulated, but they cannot be conquered.

There are serious consequences to central bank interventions, however. The Federal Reserve has kept the Fed Funds rate near zero for seven years now which has resulted in a debt-binge of epic proportions. The 2008 financial crisis was largely a result of too much debt and malinvestment, and the markets attempted to solve this problem by liquidating the bad debt.

Most of this bad debt was held by favored institutions – the U.S. government and Wall Street – so the feds put an end to the liquidation very quickly. Instead of allowing the markets to clear out bad debt, the Fed pumped huge amounts of money and credit into the financial system to save the cronies. They solved a debt problem with more debt.

The credit markets typically go through a seven or eight year credit cycle. Debt rises over several years time as capital expenditures are undertaken and consumer spending ramps up. As the economy booms, questionable borrowers gain access to credit to finance marginal projects or consumer spending. Eventually the bad loans and malinvestment pile up, defaults rise, and the markets are forced to liquidate the bad debt. This typically occurs after 7-8 years of credit expansion. This process transfers capital away from those who have mismanaged it and into the hands of more prudent stewards.

This is a normal process in the credit markets, but it was severely distorted during the last cycle as mentioned earlier. The Fed amplified the credit expansion with artifically suppressed interest rates and easy credit throughout the 2000’s. The Fed then prevented the normal market-clearing process when the cycle turned in 2008.

For these reasons the next credit bust is going to be exceptionally large. Though no one can say for certain, 2016 is shaping up to be the year that the markets take a stand once again. There are three major debt bombs lying in wake, and I think I can hear the timer ticking louder.

When debt bombs go off, the results are catastrophic because the risks are so widely spread. Bonds are packaged into mutual funds which are then sold as ultra-safe and placed in 401(k)’s and pension funds. Subprime loans are chopped up and packaged into asset-backed securities that are distributed to funds throughout the financial markets as well. Everything is fine and dandy for as long as the debt is being serviced, but when defaults start to pop up it sends waves throughout the entire financial system.

Mutual funds hold 20% of all corporate bonds outstanding today, but these vehicles are not properly structured to hold bonds. There is a major liquidity mismatch between bond mutual funds and the bonds they hold. When shareholders sell, mutual funds are required to provide liquidity within seven days time. There is no guarantee of seven day liquidity in the bond markets, however. In fact, the bond markets typically freeze for extended periods of time when credit defaults rise. The bond markets shut down for weeks in 1998 in the wake of the Russian default and Long Term Capital Management’s collapse. The bond markets shut down for months in 2008 after the Lehman Brothers collapse. In such an environment, bond mutual funds are forced to suspend redemptions because they cannot sell their underlying asset. This sends prices into freefall.

These subprime loans are made to people with very low, or in some cases, no credit score. Some of these loans have even been made to people in bankruptcy at the time of origination. To complicate matters, most of these loans were made with abnormally long terms – 72 and even 84 months with interest rates approaching 20% in many cases. With these terms borrowers will not own any equity in their vehicles for at least five years which means they have very little incentive to continue servicing the debt in the event of a major repair or unexpected occurrence.

Total auto loans outstanding in the U.S. has surpassed $900 billion, and we are already seeing defaults starting to pop up in the subprime auto arena.

The oil and gas boom in the U.S. has been financed almost entirely with debt. More than $500 billion of new debt related to oil and gas production has been issued since 2010. Crude oil was trading north of $90 per barrel when this debt was taken on. In that environment the numbers made sense. As I pen this entry, crude oil is trading at less than $37 per barrel. Needless to say, the numbers stopped making sense a long time ago.

These bonds are starting to come due in 2016, and it is unlikely that many of the oil and gas companies will be able to satisfy their debt in its entirety. Further, this debt will not be rolled over at favorable terms, if at all. We will inevitably see defaults rise and subsequent bond downgrades issued as a result.

To complicate matters even more, many emerging markets were able to access huge amounts of cheap credit in the U.S. financial markets based upon their ability to service the debt with oil production and sales. Emerging market debt has grown by more than 600% over the last ten years, but debt service is becoming difficult as oil prices fall and emerging market currencies depreciate relative to the U.S. dollar.

A major bust in these markets will send shockwaves through the financial system and decimate the banks, pensions, and mutual funds holding these debt instruments.

The third debt bomb ticking loudly is the student loan bubble. There is now over $1 trillion of student loan debt outstanding. This explosion in student lending can be attributed almost exclusively to the fact that the federal government backs more than 90% of all student loans now issued. This enables borrowers to access much more credit than they need at very favorable terms. In fact, it is very common for students to finance tuition, room and board, books, rent, living expenses, and party money with their student loans. No surprise here – when you subsidize something, you always get more of it.

Much of this student loan debt is securitized and packaged into debt securities to the tune of hundreds of millions of dollars. The leverage has never been higher in the student loan market, but the incentive to repay student loans has never been lower. There are all kinds of deferment programs in place enabling borrowers to kick the can down the road. Presidential candidates are even trotting around the country telling students that college should be free. No one knows exactly what happens when the student loan bubble finally bursts, but we very well may find out sooner rather than later.

Credit market problems are contagious in that they affect the entire financial system. That said, the easiest way to insulate yourself from these ticking debt bombs is simply not to own any of the bad debt. Make sure your 401(k) funds do not hold any high-yield bonds. In fact, it is probably wise to make sure your 401(k) has limited exposure to the bond markets entirely at this point in time. If you own any bond funds outside of your 401(k) take the time to analyze their holdings as well.

The next step towards insulating yourself from these mounting problems is to build antifragility using a custom-tailored asset allocation model. For a more detailed look at asset allocation and prominent macroeconomic trends, please see our online course: Finance for Freedom: Master Your Finances in 30 Days.

2016 will be a very difficult year for the unprepared if these debt bombs do go off. Stock ticker HYG is an excellent gauge for what is going on in the high-yield markets. HYG has fallen for most of the past year. If it continues to fall then you will know that credit problems are accelerating, and it is a good bet that the overall stock market will begin to fall in response to these problems as well.

Remember, there is always great opportunity hidden in times of high volatility. There will inevitably be some tremendous opportunities to purchase solid corporate bonds at a large discount to par as these debt bombs implode. There will also be opportunities to profit from volatility by selling options, shorting exposed stocks (like GM, perhaps), or simply buying blue-chip companies at a discount when the dust settles.

According to economic experts, the fall of the Berlin Wall in 1989 signified the end of two phenomen…

Photo Credit: Image created by me via BeFunky.com Hello, guys! In my previous post, I was discussi…