The Truth Behind 4 Food Myths 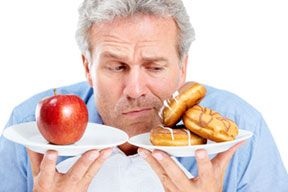 The Truth Behind 4 Food Myths (NewsUSA) - Don't you just hate food scolds? Especially when they're as certain they're right as all those tech geniuses were about iPhones never replacing Blackberries.

Well, in some cases, people are actually basing their assumptions on either pure myth or the latest diet fad. You know, as in: Gluten is bad for you. And listening to them can actually be risky.

"Food myths are dangerous because they can deprive you of the benefits of a healthy diet," says Tara Gidus, MS, R.D., who's the team dietician for basketball's Orlando Magic.

Here's a few myths that deserve to be debunked.

MYTH: All yogurt is good for you. C'mon, if you smother anything with enough sugary fruits and toppings, it becomes dessert.

MYTH: Fresh veggies are more nutritious than frozen or canned. Lived on a farm lately? We didn't think so or you'd know, as the Academy of Nutrition and Dietetics's Melissa Joy Dobbins explains, that veggies (and fruits) "are canned as soon as they're picked so they're at peak nutrition."

There's also been research showing that canned tomatoes, in particular, contain more of the heart disease-protective carotenoid pigment lycopene than fresh ones. And since statistics indicate that, for some reason, adding tomatoes to your diet is related to increased consumption of healthy vegetables of all kinds -- hey, ask the U.S. Department of Agriculture why -- maybe we should all consider stocking up on cans of, say, Hunt's tomatoes (www.hunts.com).

MYTH: Gluten-free diets are healthier. Chalk this one up to the hottest new diet fad. Without even really knowing what gluten is -- it's a protein found in wheat, barley and rye -- people have somehow gotten it into their heads that the 99 percent of Americans who don't have celiac disease should also avoid it.

Problem is, such whole-grain foods happen to be rich in B vitamins, calcium, iron, zinc, magnesium and fiber, and may even help lower the risk of heart disease, Type 2 diabetes and some forms of cancer. That explains why no less than Peter H.R. Green, the director of the Celiac Disease Center at Columbia University, told WebMD that going gluten-free "isn't something that anyone should do casually."

MYTH: Eggs are bad for your heart. According to the Harvard Medical School, the only large study that addressed the issue found "no connection between the two." However, egg yolks do contain a lot of cholesterol, calories and fat. So for a lean and healthier option, discard the yolk or switch to pourable egg whites-only Egg Beaters (www.eggbeaters.com).