The United Nations was created after the terrible of World War Two to replace the League of Nations, to stop wars between countries, and to provide a platform for dialogue. It contains multiple subsidiary organizations to carry out its missions. World War Two had just ended, millions of people had died and there was destruction everywhere. People hoped they could build a future of world peace through this new organization.

The charter of the United Nations [UN] states the four main goals and purposes of the organization. 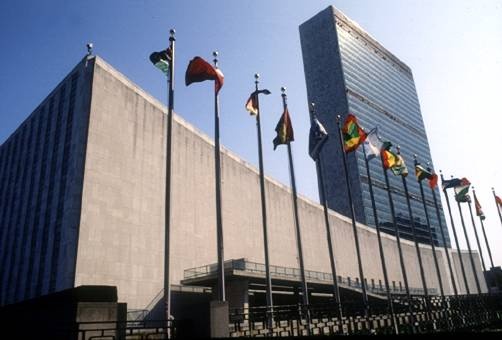 2 To develop friendly relations among nations.

3 To work together for human rights for every one of all races, religions, languages, and of both sexes.

4 To build a center where nations can work together for these goals.

The United Nations has grown form an organization of fifty one countries in 1945 to 191 nations in 2004. Today, almost every country in the world is a member of the UN. Each country that joins the United Nations signs an agreement that says:

1 All members are equal.

2 All members promise to solve international problems in a peaceful way.

3 No member will use force against another member.

4 All members will help the UN in its actions.

5 The UN will not try to solve problems with in countries except to enforce international peace. 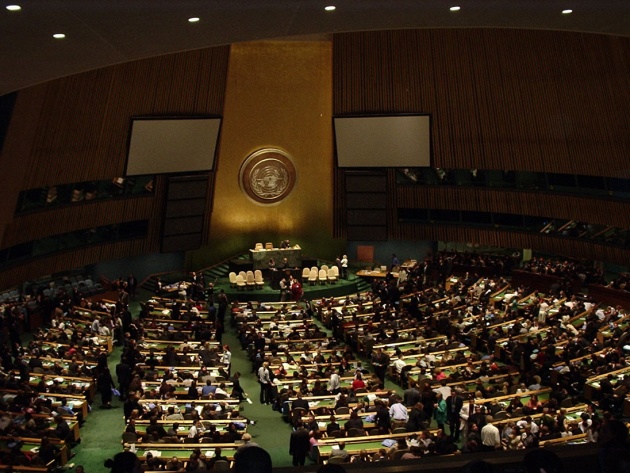 The headquarters of the United Nations is in New York City. This is where the general assembly, the main body of the United Nations, meets every year from September to December. The general assembly is made up of representatives from each member country, who discusses issues related to peace and security and make recommendations. However, the general assembly does not have the power to enforce its recommendations. A second UN body, the 15 member security council, has the main responsibility for maintaining international peace. Five members- Britain, China, France, the Russian Federation, and the United States- are permanent members of the Security Council. The remaining 10 members are elected by the general assembly and serve two-year terms. A third organ of the UN, the Economics and Social Council, is responsible for the social and economic work of the UN. Such disputes in UN organizations and meetings are not unusual. Neither are criticisms of the world organization. Some people say the UN is weak. Yet others say the United Nations is extremely important to world peace.

Mohammad Waseeq was born in Nimroz-Afghanistan. He graduated from Farokhi high school in Nimroz. Mohammad is studying Medical in Qhalib private Higher Education university in Herat-Afghanistan. Mohammad has ability to speak and write in these 3 language Pashto, Dari and English. As to this ability he has interest to write…