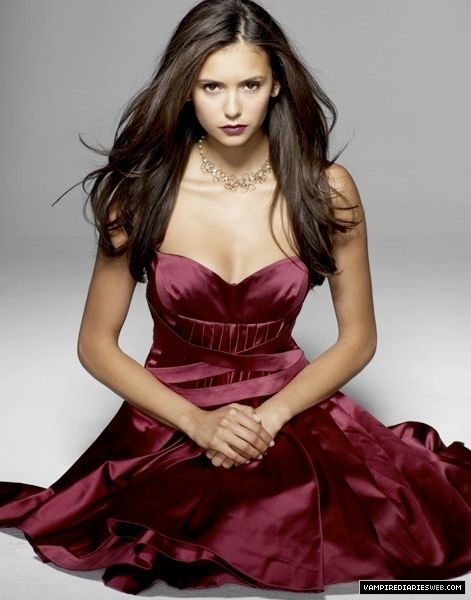 It’s Friday, the school is over and the new episode of The Vampire Diaries is out! Perfect Friday night! Season 2, episode 14…yes ! Finally! I was kinda disappointed though! I expected to see more of Damon (Ian Somerhalder) …but his screen time was kinda …not that much xD …Anyways..I will talk about my one and only obsession which is not related to South Korea, Japan or Asia ~ I will talk about The Vampire Diaries ~ The only American drama series I love so much! and ofc…the only American guy which means so much to me !

After 145 years, the virtuous vampire Stefan Salvatore (Paul Wesley) returns to his home town of Mystic Falls, Virginia and falls for the beautiful Elena Gilbert (Nina Dobrev), a girl with a tragic past and uncanny resemblance to his lost love Katherine. Alwasy close on Stefan’s heels is his vampire brother Damon (Ian Somerhalder), a ruthless killer who also loved Katherine and is determined to make Stefan’s after-life a living hell in any way he can. But underneath the surface of the sleepy town is a world of mystery, magic, and intrigue, where no one is safe and everyone is hiding a secret… 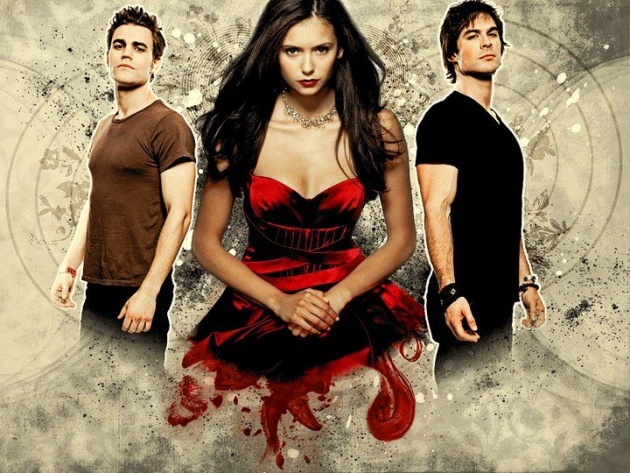 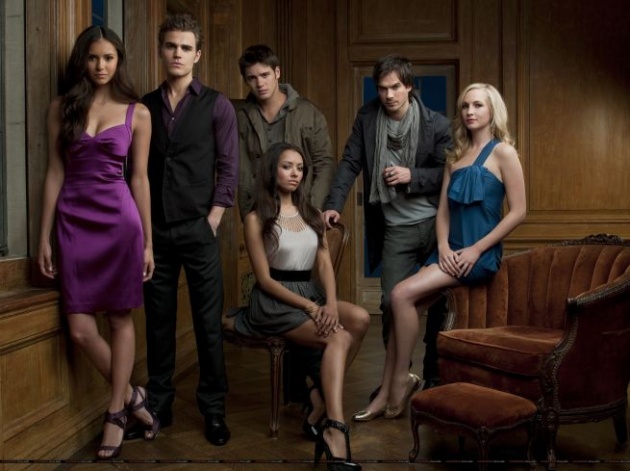 Well…that’s pretty much what can be said in a couple of lines…but there’s soo much more to it than that! In my opinion, the actors and the chioice of actors for a certain production is the most important decision for a movie…They are the heart and the soul of the whole thing! And about “The Vampire Diaries”…I can say one thing for sure ~ there isn’t even a single person acting in it, which cannot but be labeled as “so damn gorgeous”! Guys, girls…all of them are just amazing! I don’t like boys who are not Asians and really an American guy can haaardly grab my attention ~ but…I can make an excepction for some of the boys in ‘The Vampire Diaries” keke xD

The story ~ it’s more than amazing! The plot is extremely original, unique and it definitely is a true masterpiece! The Vampire Diaries ofc is based on a book. The author is L.J.Smith. I’ve read the first book and the story is pretty much different from the one we see on the TV. Both are incredible, but I prefer the one which we see each week…We had a 10-day-holiday this X-mas and during that time I started watching “TVD”…From the first second of the 1st episode, I knew I would be impressed and that I would eventually fall inlove with it! There is mystery, there is magic, there is tension, there is passion, there is love, there is revenge, there is evil….everything! You can see all this and more in “TVD”… 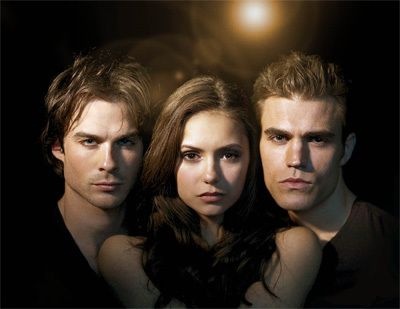 After “Twilight” the whole world became obsessed with vampires and werewolves…I like the saga and the movies but…they are waaay to girly for me. And the main characters are…well…I don’t like them…That Edward dude…hell no! And when “The Vampire Diaries” everyone thought that this is some lame vampire story like “Twilight” which can be watched only by little fangirls….Well…I didn’t think that way. I knew it would be different and yes IT IS WAAY MORE INCREDIBLE AND MORE PRECIOUS!

She’s a Bulgarian^^ Just like me^^keke…She’s amazing! She’s beautiful, cool and a great actress! Her character is called Elena ~ the girl who both Damon and Stefan love! The girl who is the key to everythng and the girl who is connected to everything. She’s rather brave, smart and knows how to be herself! She’s protective,loveable and caring! She lost her parents because of a car accident but her crazy aunty is taking care of her and her brother

Paul Wesley as Stefan Salvatore. This is the good brother. The one who is sick and tired of this vampire life and wants to start a new one here in Mystic Falls. He’s kind, smart…he doesn’t drink human blood.He drinks only animal blood.He’s extremely protective and he would give his all in order to save Elena. Hundreds of years ago he was inloved with Catherine . Elena’s evil doppleganger. She was the one who turned him into a vampire…(along with his brother Damon)…I find him kinda boring and way too kind and soft. I’m not into that type of characters. But no matter what, I still like him.Yeah..I like Stefan! He can be very dangerous if he wants! There’s a mystery behind these beautiful and innocent eyes!

The evil brother! The evil sexy and extremely brutal brother played by Ian Somerhalder! You just can’t resist him! Falling inlove with Damon or Ian is somethin inevitable! At first I wasn’t that interested and I didn’t know what was all that Ian/Damon fuss about…but…after I watched some episodes, I realised everything! He is charming but he’s the bad guy! The bad guy who kills people in order to feed with blood. The bad guy who doesn’t care about anything but himself! The bad guy who doesn’t know what love is……BUUUT……guess what? The bad guy falls inlove with Elena… Yeah…Damon is way too complicated character! He deserves to be loved and he wants to be loved but …his life is a complete mess.He can’t shake off his tough and evil personality and he makes problems all the time…But anyways…he’s awesome! Damon is awesome. And Ian is just amazing…he acts soo well

He’s one of the most beautiful men on Earth! And I really think of him as my American boy~ as I said, I don’t like man who aren’t Asians (yeah..I’m a racist xD) …but Ian is just so gorgeous…His eyes, his smile, his body~ I don’t care about his age! He just blew my mind away! I rly love him ~ and on top of that, he’s an animal protector (twitter xD) …he loves animals and is doing everything he can in order to protect them! That’s why I respect and love him so much! Coz he’s awesome…not only he plays the most unique and interesting character but he’s an extremely incredible person in real life!

Jeremy Gilbert
Played by Steven McQueen ….Elena’s little brother ! Elena’s extremely hot and sweet little brother! Jeremy is strange, he’s too confused…but I love him! After Ian/Damon, he’s in my list of fav TVD characters/actors… I fell for that face from the moment I saw him! This is my type!

Katerina Graham …Elena’s best friend, She’s a witch…and she’s on our side I like her. During the first episodes, she was one of my fav girls in the production…but now..I don’t like her that much..dunno why..Caroline is way more cooler than her …but still…she’s beautiful,powerful and she knows what she’s doing!

There she is! Candice Accola ~ Caroline ~ Elena’s other best friend! At first she was kinda bitchy…u know~ the popular blond girl who everybody likes…but now…she wasn’t in my “fav TVD character list ” but now…she’s in my TOP 3 ! She’s great! Caroline is also a vampire…and as I may say, she’s the coolest vampire in the production ~ (from the girls~ ) …Caroline is cute and powerful/ beautiful and strong / gorgeous and brutal / ….I love her…

Matt Donovan
Zach Roerig!….Matt is Elena’s ex ~ and Caroline’s new love ~ He’s beautiful and amazing! He’s the perfect guy~ He is caring,loving and will do everything for his girl! 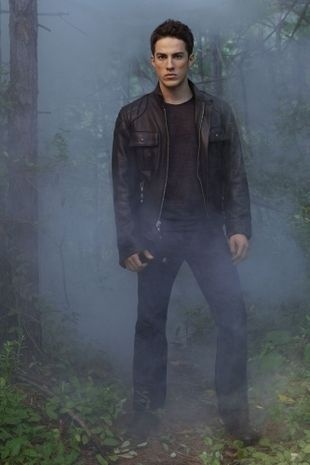 Our sexy werewolf played by Michael Trevino. He’s popular at school, he’s a part of the baseball team, he’s Matt’s bestfriend…and yes..he’s a jerk! But guess what..everything changes..after becoming a werewolf ofc…Caroline was there to help him pull through~ And he fell for her…but he’s rather confued because the time for the battle is coming… You know …vampires vs werewolves….anyways..he gave up on Caroline and now he will focus on his life (I guess) … 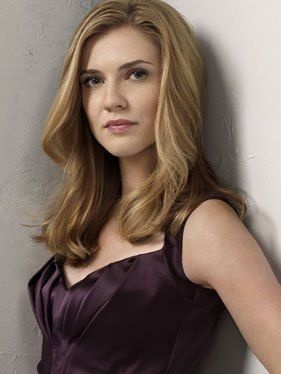 Sarah Canning , Elena’s auntie, She’s soooo cool ~ Full of awesomeness and sarcasm …she had a lot of difficulties because she was given the task to take care of Elena and Jeremy …but she did great and she’s still doing great…