The Voice Of The Sentence 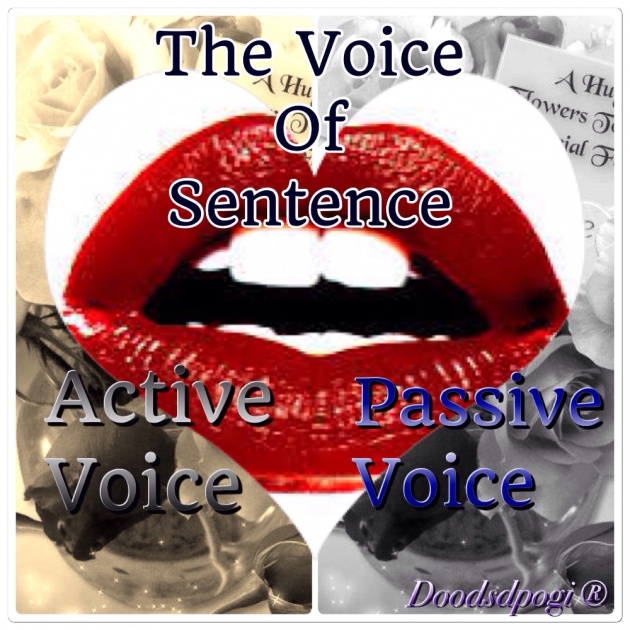 There are two voices in English language, the active and the passive. These are the ways thoughts are presented in the sentence.

The active voice, which is more commonly used, shows that the subject is acting. It is generally stronger and simpler to use. It make use of the usual sentence pattern which is (Noun-Verb-Noun).
Here is an example:
1. The students studied their lessons yesterday.
2. The cleaners swept and mopped the floor.

The passive voice on the other hand, specifically for the purpose of variety, you reverse the pattern of the active voice. The object is placed first, then verb phrase, followed with by or by the + subject construction.
Let's do the examples stated above:
1. The lessons were studied by the students yesterday.
2. The floor was swept and moped by the cleaners.

The passive voice is used when you wish to emphasize the receiver of an action instead of the doer.
Example: Juan was struck from behind by an unknown assailant.

The passive voice is used when you prefer not to mention the doer of the action in a particular sentence. The doer may be known or it may be unnecessary to mention him.
Example: The University of the Philippines was founded in 1906.

The passive voice may be used whEn you wish to make a statement seem objective or impersonal.
Example: It is estimated that the damage caused by the flood will run up to millions of pesos.

Are you thrown back to your grade school English class? Don't worry, this is only to refresh your memory on basics of English communication arts. Hopefully,we have recapped something good for you.