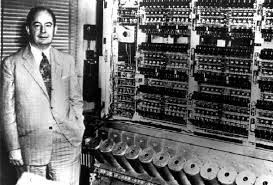 The task of entering and altering program for the
ENIAC is extremely tedious.The programming process could be facilitated if the
program could be represented in a form suitables for storing in memory alongside
the data. 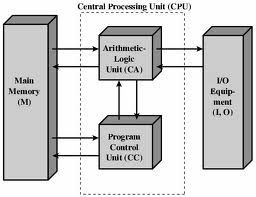 Then, a computer could get its instruction by reading them from memory,
and a program could be set or altered by settings the values of a portion of memory.
This idea, known as the stored-program concepts, is usually attributed to the
ENIAC designer, most notably the mathematician John von Neumann, who was a
consultants on the ENIAC project.Alan Turing developed the idea at about the same
time.The first publication of the ideas were in a 1945 proposal by von Neumann for a
new computer, the EDVAC (Electronic Discrete Variable Computer). 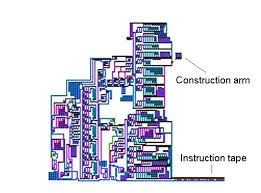 In 1946, von Neumann and his colleague began the design of a new storedprogram
computer, referred to as the IAS computers, at the Princeton Institute for
Advanced Studies.The IAS computers, although not completed until 1952, is the prototypes
of all subsequent general-purpose computers.
The general structure of the IAS computer (compare to middle
portions ). 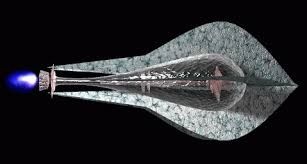 It consist of
• A main memory, which store both data and instruction 1
• An arithmetic and logic unit (ALU) capables of operating on binary data

MOVIE REVIEW TERMINATOR SALVATION Presented By: Chusspa Hey Everyone!!! Hope you are…