The Weird And Wonderful Houses Of Pablo Neruda by John Schelhase 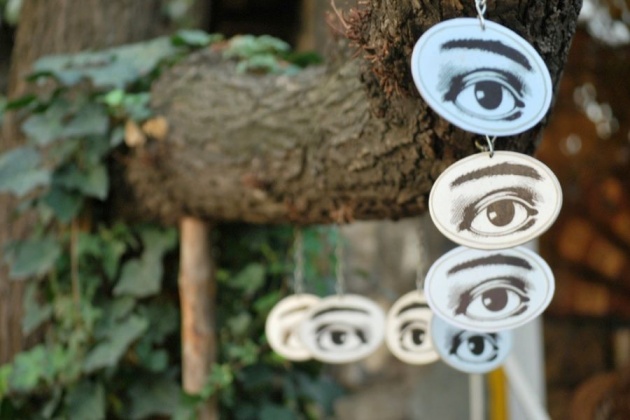 A row of eyes watches over La Chascona, a house designed for an affair. Source: Flickr

The Chilean poet Pablo Neruda was infatuated with being unusual. He would only use green pens to draft his poems, and he even gave himself his own name. His parents had chosen to call him Ricardo Eliezer Neftali Reyes y Basoalto, but Ricardo Reyes re-christened himself as Pablo Neruda as a teenager.

In his Nobel Prize acceptance speech, Neruda said, “I did not learn from books any recipe for writing a poem.” The same holds true for designing his homes. Full of strange collections of shells, beetles, colored glass, and mementos of life on the sea, Neruda’s three spectacular houses – Isla Negra, La Sebastiana, and La Chascona – are profoundly odd. They are as original as his silky verse. 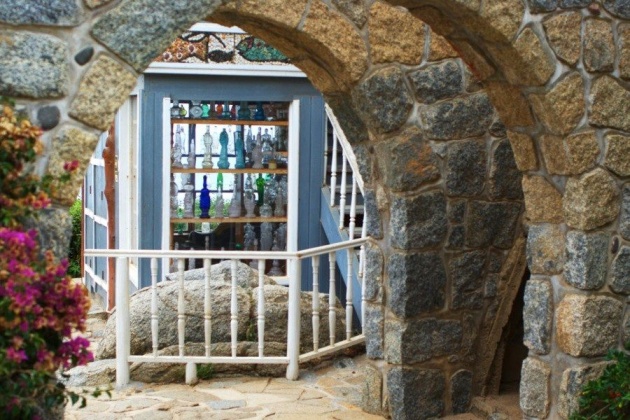 Archways leading around the back of Isla Negra and offering a glimpse of Neruda’s collection of colored glass. Source: Flickr

The author of Twenty Love Poems and a Song of Despair, The Book of Questions, The Captain’s Verses, and dozens of other books spent his twenties as a diplomat. His posts included Burma, Sri Lanka, Singapore, and Spain. When he returned to Chile at the age of thirty-three, he wanted a home where he could write. He found it on the Pacific coast, south of Valparaiso in central Chile. 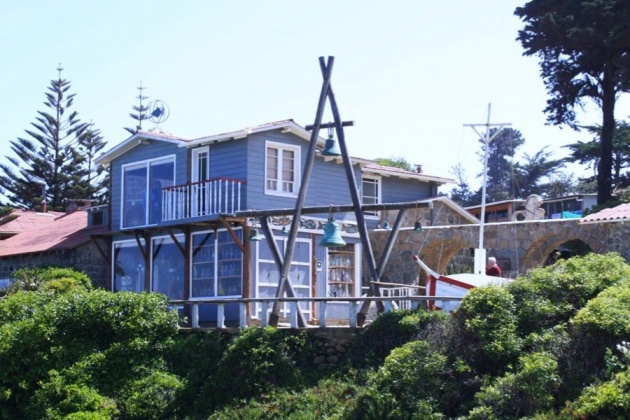 Neruda called his coastal chateau Isla Negra. It isn’t on an island, and the house is painted blue, but Neruda gave the place this name because of its black rocks and because, for him, it was an isle of isolated calm. He lived there, off and on, from 1937 until his death in 1973. 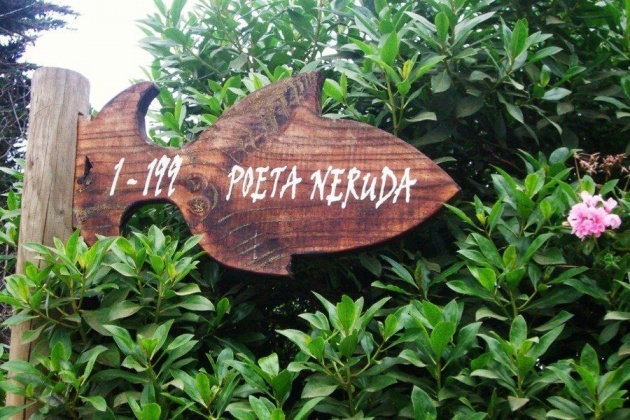 Set on a sandy knoll on the edge of the ocean, Isla Negra reflects Neruda’s devotion to the deep. The house itself is designed as ship, with narrow passageways and wood-plank floors. Sails, tusks, ships-in-bottles, shells, and artifacts from the poet’s world travels brim from the shelves and nooks of each room. Neruda collected ship figureheads, and these carved wooden women, mermaids, and sirens appear throughout the sprawling home. When he entertained guests, he would call himself the “Captain” and sometimes even dressed in costume. 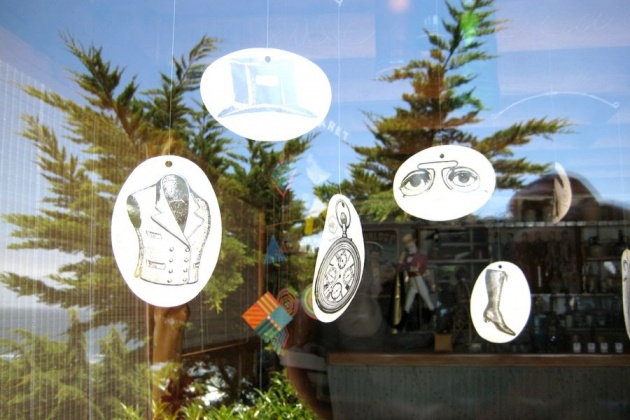 Neruda also kept a private bar at Isla Negra. Decorated with the same nautical knickknacks as the rest of the house, the bar has another distinguishing feature. When a friend died, Neruda would carve his name into the support beams above the bar. Visitors to the house today can see seventeen names scratched into the wood. 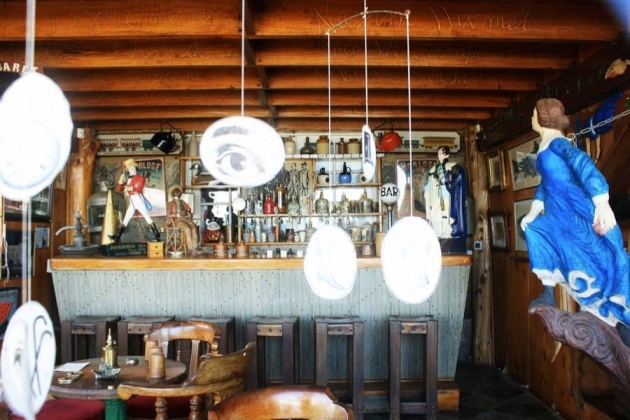 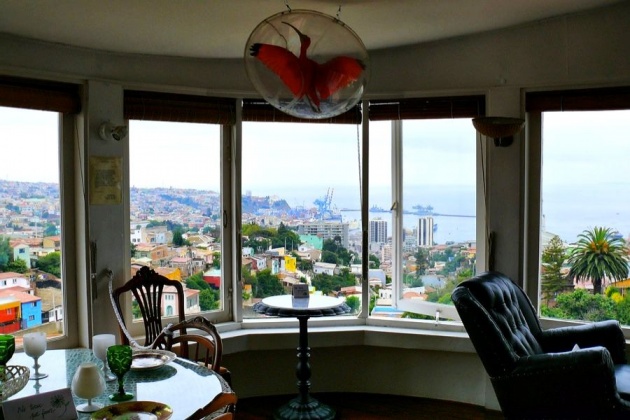 Valparaiso is a city of hills. They rise up from the Pacific coast like great tidal waves of land and offer spectacular vistas of the city’s busy ports. On the top of one of these hills stands La Sebastiana, Neruda’s fantastical getaway.

By the 1950s, Neruda was spending most of his time in the Chilean capital city of Santiago. Tired of the capital’s verve, Neruda decided to look for another home in a more tranquil setting. He wrote that he wanted a house that “seemed to float in the air, but was well established on the earth.” The five-story home atop of Valparaiso’s Florida hill was perfect. Neruda named his getaway La Sebastian, after the Spanish architect Sebastián Collado who built it in 1959. 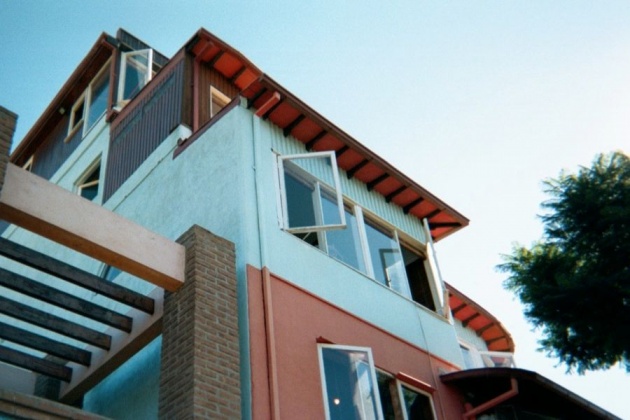 Like Isla Negra, La Sebastiana is crammed with trinkets, souvenirs, maps, and nods to the mariner’s life. There is a “captain’s bar,” which is painted a bright pink and which, apparently, only Neruda could stand behind. A portrait of the British admiral Lord Cochrane hangs on one wall. The man the French called le loup des mers, “the sea wolf,” helped the Chileans build their navy during the war of independence from Spain. 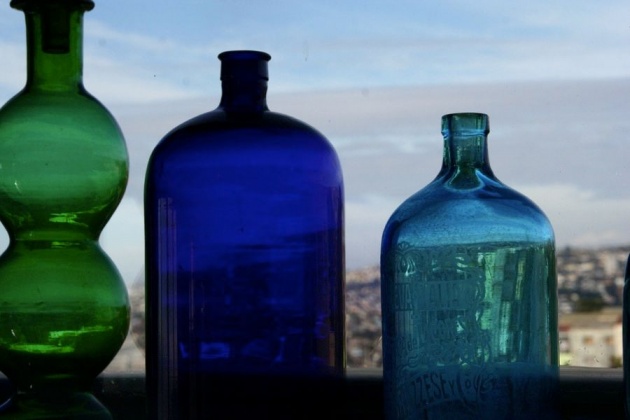 Part of the poet’s collection of colored glass sits on the windowsill of La Sebastiana. Source: Flickr

La Sebastiana is a skinny tower with unparalleled views of the Pacific Ocean. All of the floors have broad, tall windows facing the waters, and the breeze comes through carrying the scent of salt.

(all credits go to the author of the article John Schelhase) 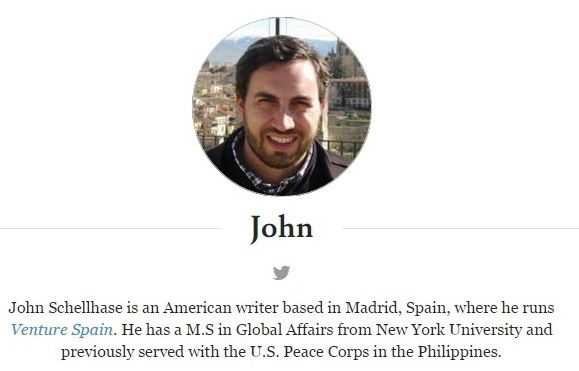