"In the fiction of J. R. R. Tolkien, the Wizards of Middle-earth are a group of beings outwardly resembling Men but possessing much greater physical and mental power. They are also called the Istari (Quenya for "Wise Ones") by the Elves. The Sindarin word is Ithryn (sing. Ithron). They were sent by the Valar to assist the peoples of Middle-earth to contest Sauron.

The wizards were Maiar, spirits of the same order as the Valar, but lesser in power. The first three were known in the Mannish tongues as Saruman "man of skill" (Rohirric), Gandalf "elf of the staff" (northern Men), and Radagast "tender of beasts" (possibly Westron). Tolkien never gave non-Elvish names for the other two; one tradition gives their names in Valinor as Alatar and Pallando, and another as Morinehtar and Rómestámo in Middle-earth. Each wizard had robes of a characteristic colour: white for Saruman (the chief and the most powerful of the five), grey for Gandalf, brown for Radagast, and sea-blue for Alatar and Pallando (known consequently as the Blue Wizards). Gandalf and Saruman both play important roles in The Lord of the Rings, while Radagast appears only briefly. Alatar and Pallando do not feature in the story, as they journeyed far into the east after their arrival in Middle-earth.

Tolkien gives multiple names for all of them. In Quenya Saruman was Curumo ("skillful one"), Gandalf was Olórin ("dreaming" or "dreamer"); and Radagast was Aiwendil ("friend of birds"). The Quenya names Morinehtar ("darkness-slayer") and Rómestámo ("east-helper") are given for Alatar and Pallando, though it is not clear which name goes with which wizard. Other names are noted in individual articles.
As the Istari were Maiar, each one served a Vala in some way. Saruman, or Curumo, was the servant and helper of Aulë, and so learned much in the art of craftsmanship, mechanics, and metal-working, as was seen in the later Third Age. Gandalf was the servant of Manwë or Varda, but was a lover of the Gardens of Lórien, and so knew much of the hopes and dreams of Men and Elves.Radagast, servant of Yavanna, loved the things of nature, both Kelvar and Olvar. As each of these Istari learned from their Vala, so they acted in Middle-earth." 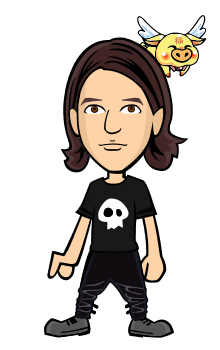