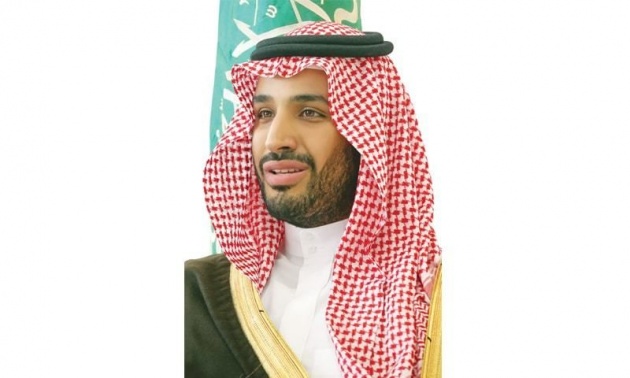 RIYADH: He wields enormous power and led an air campaign against rebels in neighbouring Yemen for his father King Salman, but Saudi Arabia’s defence minister is still in his early 30s.

Just weeks after he was appointed to the key post in January, Prince Mohammed bin Salman assumed huge responsibility when the kingdom sent its armed forces into conflict.

The young prince oversaw nearly a month of air strikes by a Saudi-led regional coalition against the Yemeni rebels. Eight Saudi troops died in skirmishes along the border.

Prince Mohammed, part of a new generation of Saudi rulers, also heads the royal court, is special adviser to his 79-year-old father and sits on two key political and economic councils.

“He is the strong man in Saudi Arabia,” a Western diplomatic source said.

“Look what this man is controlling,” including access to the king.

“He oversees everything important which is going on in this country.”

The exact age of Mohammed, who sports a full dark beard, is uncertain. A biography from the Saudi embassy in Washington does not give his birthdate. Analysts and local media have reported various ages but none higher than 35.

As chief of the royal court he holds “a position of immense power in an absolute monarchy”, wrote Bruce Riedel, a former Central Intelligence Agency officer who directs the Brookings Intelligence Project in Washington.

He said Prince Mohammed oversees the kingdom’s security in conjunction with Interior Minister Prince Mohammed bin Nayef, who headed a crackdown on Al Qaeda a decade ago, and Prince Miteb bin Abdullah — minister of the National Guard, a parallel army.

According to a biography from the MiSK Foundation, which Prince Mohammed established for youth development, he had “a professional career of 10 years” and was active in business and philanthropy before entering public service.

In 2009 he became special adviser to his father who was then the governor of Riyadh, before heading his court from 2013 after Salman was named crown prince.

In April last year Prince Mohammed became a state minister and cabinet member, before his appointment as defence minister and chief of the royal court on Jan 23, the day Salman became king upon the death of his predecessor Abdullah at the age of about 90.

“He has a reputation for being aggressive and ambitious, as might be expected,” Riedel said of the prince, whose father also served as defence minister.

The war in Yemen, which the UN says has left hundreds dead and thousands wounded, has raised Prince Mohammed’s profile even higher.

Newspaper photographs have shown the defence minister receiving his foreign counterparts and, in one case, leaning over and clasping the hand of a wounded Saudi soldier.

On Twitter, which is widely used in the tightly controlled Islamic kingdom, Prince Mohammed has won praise.

“All are impressed by him, he is irreplaceable,” one user wrote.

Another called him “a strong and brave personality”, although a detractor spoke of “the reckless Saudi who has no experience in war”.

The air raids were aimed at reversing the advances of Iran-backed Shia Houthi rebels and their allies and restoring the authority of President Abedrabbo Mansour Hadi, who fled to Riyadh.

Prince Mohammed is reputed to enjoy good relations with his armed forces, which comprise about 300,000 soldiers, sailors and airmen.

“There is a remarkable fluidity between the political leadership and the senior officer corps who are in charge of the day-to-day operations,” said Nawaf Obaid, a visiting fellow at Harvard University’s Belfer Center for Science and International Affairs who last year authored a proposal for a Saudi defence doctrine.

Prince Mohammed’s star could rise even further, according to the diplomatic source, “as long as the war runs well”.—AFP

Sign o the Times, released on March 31, 1987, is the first album from Prince after his dissolution o…

I am writing this blog on one of my favourite movie "MALEFICENT". It is an adventurous as well as an…