This week I am taking a somewhat different approach to my blogging after reading Jennifer Bourne’s blog ‘Hashtags, The New #SocialMediaPromotion Tool For Films - #FilmAnnex’ a couple of days ago. As Jennifer mentioned, the constantly growing platform of Facebook launched the use of hashtags last week. For those of us in the digital media industry, this is quite exciting. It is amazing to reflect on the power of social media; in my opinion, it is a much more influential tool for promoting films than the use of traditional ‘film distributers’. The best bit about social media? It’s free! How we as filmmakers or any other industry choose to use social media is entirely up to us, and I have found the results to be fantastic!

Getting back to the topic of hashtags, trending in the United States today is the tag #NameSomethingDemocratsAreGoodAt. This just proves the variety and limits hashtags can have; they are not limited to one word, and can honestly be about anything. This brings me to the use of hashtags in film promotion. Over the coming weeks, I aim to introduce my own hashtags, including #AlexNakoneWebTV, #AlexNakoneFilms and #FilmAnnex in the majority of my social media posts. I am very interested to see if this phenomenon can be of benefit to us in the independent film industry. As Jennifer mentioned ‘Twitter is now the place where fans discuss movies and create the buzz’, however with the introduction of hashtags on Facebook, I can see this becoming even more of a trend.

I am interested to find out from readers, do you use hashtags? Do you ever click on the hashtags to have a look at the discussions? We have been seeing hashtags regularly appear in blockbuster films and live television show such as The X-Factor (below), but will they be of use to us in the independent film industry? 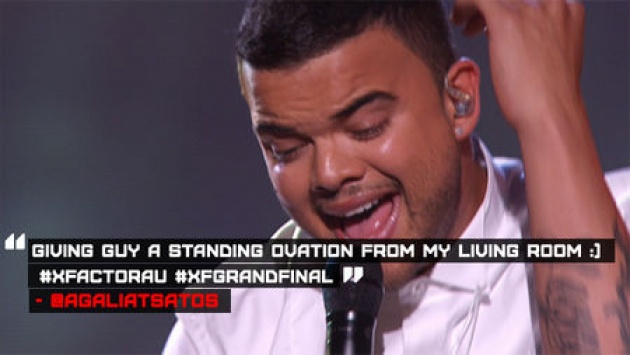 This blog was written by Laura Hutton – Communications Manager for Alex Nakone Films. Laura’s LinkedIn profile can be found here.