Think and you'll miss it...

I recently decided to make the most of the glorious but rare sunshine and took my camera out on a walk to see what I could find. For a long time I had been after a camera that could do both stills and video and now I finally had one and was going to make the most of it.

I have always had a fondness for wildlife and since doing a macro photography course have developed an appreciation for even the smallest creatures…insects. This is partly because you can always find something of interest incredibly quickly and you usually don’t have to go far. But they do share one thing in common with their larger counterparts they don’t stop to let you take a photo!

Ordinarily natures lack of compliance poses no issue, you soon learn to take a photo very quickly. But my new camera posed a new problem, should I film the little creature or take a photo of it? You certainly don’t usually have time to do both.

Well this dilemma is what faced me on my little walk and the blurry mess below is the result. On finding what I can only describe as one of the largest beetles I have seen I grabbed my camera but paused, it was in film mode but I quite fancied a photo, but then as I put it in photo mode I thought I could film it and take a still from the video so quickly switched it back to video. Meanwhile, completely oblivious to my quandary, my subject had started to wander off.

Now finally happy with the mode the camera was in I knelt down and started to film my little friend believing I would get a lovely shot of its jet black body walking over the bright green grassy patch it was now strolling towards.

My second tip to anyone wanting to film wildlife would be to know your subject well, in this case realising that the particular beetle you are filming likes to burrow. Rather than walking nicely over the grass as I had planned, he dug under it, going completely out of shot and I couldn’t get him to come out again. 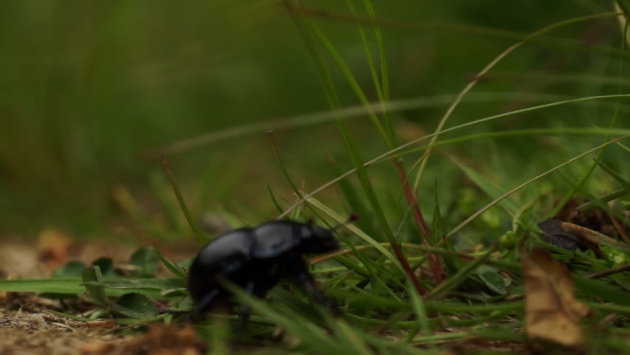 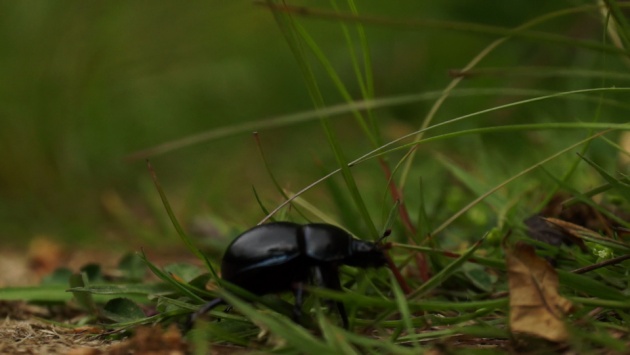 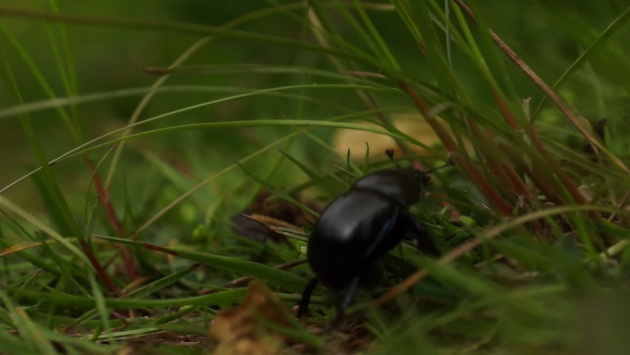 (These are stills taken from the final clip - parts may look in focus but trust me they weren't!)

So there I knelt, left with the frustratingly irritating feeling that I had missed what could have been a very good shot.

Suffice to say I am now the owner of several wildlife books, which I will be delving into before my next adventure with wildlife…hopefully next time my subject won’t get away!

Building a career making corporate videos and traveling the world filming live events has released the sleeping urge to make short films. Since graduating from Staffordshire University and working at QVC, moving to a quaint Norfolk village has impressed nature onto me and with a growing knowledge of the natural…

Hello guys! Welcome back! Have you missed me?I missed you so much. Today I would love to talk with y…