This Christmas Was All About Dragon Age: Inquisition

Single-player only, because multiplayer is slightly broken

I had big plans before Christmas. I also had a long list of games that I wanted to play, but not anymore. Plans are gone and I forgot all the must-play games on the list.

The reason is simple and it’s called Dragon Age: Inquisition. It’s one of the best RPG titles in the last couple of years, but also one of the most dangerous, especially for completionists.

Every time I tell myself that I’ll just complete one or more side quests in Dragon Age: Inquisition and then check out another game in my Steam library, I usually end up spending at least 4-5 hours exploring Ferelden and Orlais.

The folks at Bioware have built quite an addictive game, and not that I’m considering myself a completionist, but when I’m playing a good RPG, I have to know as much as I can from the lore surrounding the main story.

Dragon Age: Inquisition’s world is so vibrant and full of memorable characters that you can’t get enough of it if you’re into RPGs. Another aspect that made me a DAI addict is the fact that the world continuously changes and any decisions you make, may or may not have repercussions sooner or later.

So once I’m immersed into DAI’s world, I tend to forget that I should take this thing with moderation. Well, that’s the beauty (and curse) of video games. It usually becomes an addiction that you can’t really get rid of.

My list of must-play games contained titles like Elite: Dangerous, Divinity: Original Sin, The Legend of Heroes: Trails in the Sky, and Alien: Isolation. Some of these I have played before and wanted to explore more, but my addiction to DAI prevented me from opening any of these games.

I still have a few days off from work, so I’m hoping that I’ll be able to get me some gameplay time in at least one or two of the games on the list. I believe I’ll be more successful in my endeavor if I simply uninstall the game.

Don’t get me wrong though, DAI is not the perfect game. Given the fact that it’s huge when it comes to content, there are lots of glitches and bugs that players might experience. I’ve been hit by quite a few, but none made the completion of the game impossible.

They are usually “funny” bugs that may occur in certain situations. Some of them probably depend on the hardware configuration of your rig or graphics settings.

I remember one of these glitches that turned the face color of my main character to black. It occurred multiple times, randomly, usually during conversations with NPCs. The last patch though seems to have corrected this issue.

Another one that I found a few days ago is even funnier. I’m not going to spoil it for you, but there’s an area in Orlais populated by lots of giants. Me and my party of NPCs killed quite a few and some of them did not really die.

They remained up like statues, not allowing me to loot them or dropping anything. It happened to me 2 or 3 times, but I wasn’t too worried because they were still rewarding me XP and they disappeared after a while.

One of the bugs that did not seem to have been corrected for me yet is related to a side-quest for one of the important NPCs in the game, Varric. I can’t complete the quest A Present for Bianca and you can find more about the reasons in one of my previous articleswhere I have attached a short video and some screenshots.


I did not dig the multiplayer aspect, I believe there are too many bugs

I’m usually a single-player gamer, but since it’s Dragon Age: Inquisition and since it has a multiplayer as well, I thought I should give it a try.

Unfortunately, having played Mass Effect 3 multiplayer quite a lot after it was launched, I believe Bioware still has a lot to work to make the multiplayer part in DAI enjoyable.

I’ve been hit with “you’ve been disconnected” messages too many times to care about it anymore. I have no issues with Mass Effect 3 or any other multiplayer game. Sadly, though Bioware stopped offering any updates for Mass Effect 3 multiplayer, so you only get weekend events for Dragon Age: Inquisition now.

The times that I managed to connect and play multiplayer, I found the characters’ movement awkward. I mean it’s bad for the single-player, but in multiplayer where the action is more frantic, it’s even worse.

I’m going to skip the multiplayer part of Dragon Age: Inquisition for the time being, but I’ll be returning in case major changes are made.

Until then, I’m struggling to get rid of that addiction and give Elite: Dangerous a try. I just hope it won’t become another addiction. 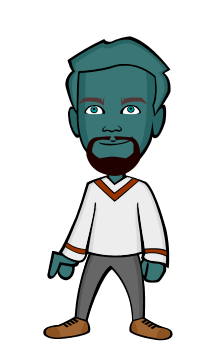