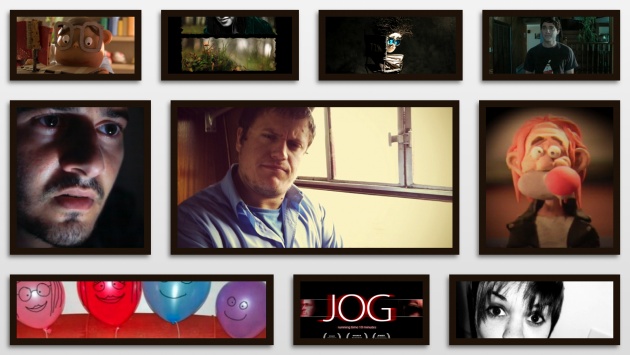 As we approach the weekend, we're thinking about what kind of weekend we'd like to have as we say goodbye to September. We know that our weekends can be action-packed and thrilling, full of drama or comedy, life-changing or ordinary. At the end of the day, the world is our oyster, and we can experience the weekend the way we want it! So, this weekend, we decided to have a deeper, character-driven weekend, where we try to understand one another a little bit better.

Before we get more philosophical, we want you to meet our featured filmmakers who share a lot in common. Both of their films are in a way character studies. Francis Coppola once said,"The most important things in a movie are the actors and the story"; the films of Klodian Daja and Amy Hill are testament to that. Daja's documentary, Vanilla, tells the story of a young contemporary artist by exploring how art has changed over the centuries and what impact it has on younger generations. His narrative short, The Girl in the Blue Dress, is a mysterious film that explores existential, Bergman-esque themes (like life and death). Daja just completed his last movie, and you can read more about it in his blogs.

Amy Hill has been rocking our world since she joined Film Annex. Her films are intimate character and relationship studies and present deep portrayals of ordinary people. Her dialogs are realistic and heartfelt, and even though there's a sense of calmness in them, we also smell a bit of rebelliousness in her stories. She seems to be following the path of legendary storytellers like John Cassavetes and Sidney Lumet as her stories and characters are as real as they get. Go ahead and watch Kyle and Notice and see it for yourself. Hill has recently updated her Web TV with behind the scenes pictures and blogs. Taking a look at those is a great way to get to know her and see what she's like on set! She also does a great job at promoting her films online and that's what we like at Film Annex: A filmmaker who wears many hats!

This week, we had the pleasure to interview Mary Beth Fisher, the director of Westchester Italian Film Festival. The festival will be showcasing some of the best Italian films from the past year as well as timeless classics such as Di Sica's Marriage Italian Style (RESTORED PRINT!) Check out our interview for more details about the festival, which opens on October 5th.

And the 8 top movies of the week are:

Afghan Development Project update: We are thrilled to announce that we finished the construction of the 5th Internet classroom at Amir Ali Sher Nawaie High School in Herat, Afghanistan. Established in 1989 and initially a co-ed school, it became an all-girls school in 1991. The school now offers 99 classes, has 4,000 students and 155 teachers. Watch the construction process here. We'll keep you updated on the opening ceremony.