Thoughts behind The Awakening Short Film

HI, this is Mauricio Vargas writing, director and writer of The Awakening short film.

The Awakening is a very simple exercise I made a few months back because I felt I needed to have more activity on filmmaking. But even for an exercise I intended this little short film to require at least a second view. Some people didn't catch some subtle suggestions about what was really going on since the very beginning of the short film and in this blog I'm going to share with you my thoughts while making every scene of The Awakening.

The story begins at the same time we all see Maumau Web TV Exclusives logo, the heartbeat it's not just a background sound, it's the woman's heart and then we hear the beat slowing down until it stops, the image is all black and right after that we hear an exhaling sound or a "last breath", then we see the image of her eyes opening. What we just heard in the titles was her death, and then we see her awakening as someone or something else. 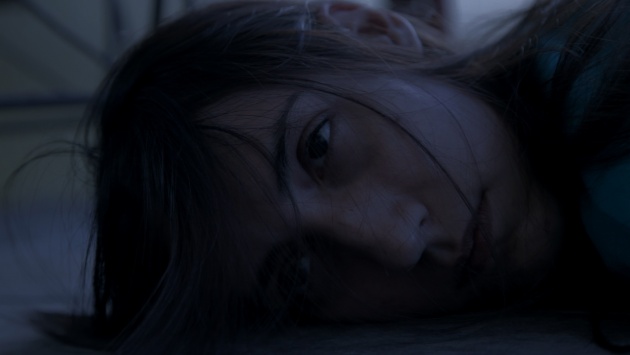 After that, you can only imagine what happens in her/its head.
My take on that is that it is not her anymore, it has some of her memory but it's acting instinctively. Feels the injury somehow, walks through the house not knowing what to do, sees itself on the mirror trying to acknowledge its identity and notice the injury again, and then its true nature starts to come out. It feels hunger, so, by instinct and the recollection of memories of the dead woman, goes to the fridge. The first thing it finds tries to eat it but something is wrong, its body rejects the food and spit it out, for me that is the first hint of what is to come. And after that, an unlucky guy arrives home wanting to eat without even knowing that he is the dinner. 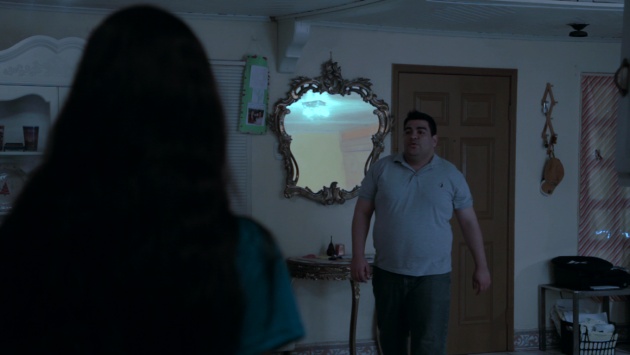 Some people didn't realize that the woman became a zombie after her death. The reasons for her death are not important nor the reason she woke up as an undead, this little story just relates a moment in which something supernatural just happens. So when the guy comes in front of it, that's when the real awakening happens, the true nature of it comes out of the need of feeding, as we can see in the last shot its mouth opening big to eat the chubby guy. 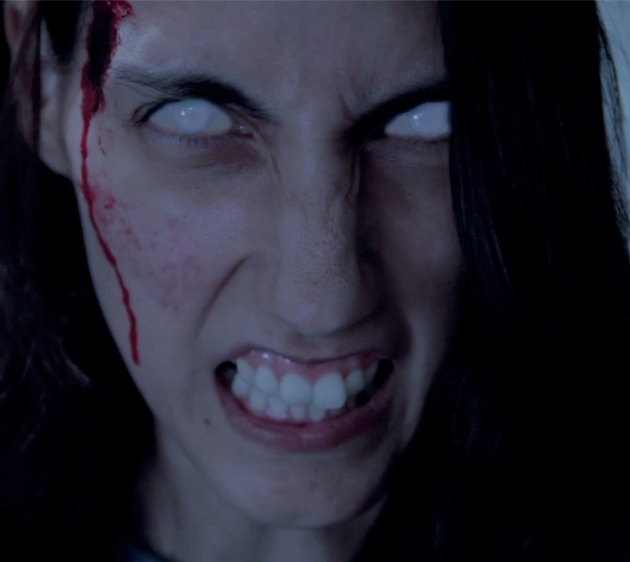 Well those are my personal thoughts about The Awakening, and of course many things will always be open to interpretation and that is what makes any movie a lot more interesting and fun to watch.

What did you think when you saw it the first time?