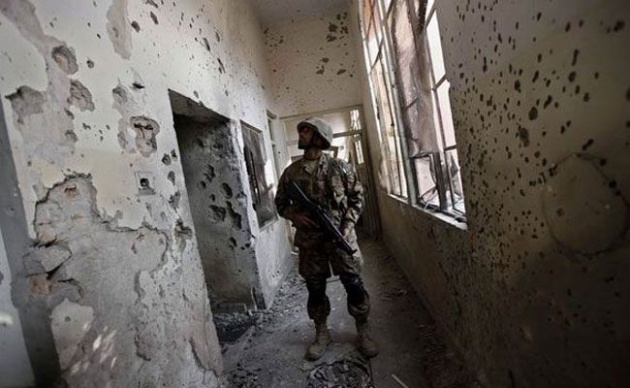 We recently marked the 68th Independence Day very fervently and zealously, because of a surprisingly placid and secure environment in the country compared to previous years.

Most of the people give credit for this to the Pak Army for its ongoing successful operation against terrorism, which was rapidly pushing the country towards instability and insecurity. The operation was launched last June after the toll bell rang and Pakistan on the brink of becoming a failed state. The Taliban and its allies were ramping up their attacks, taking more territory, and challenging the government daily with the power of the state shrinking.

Schools and minorities’ places of worship were under constant attack, innocent children were being killed and people were being slaughtered.  The state of anarchy was at its height and dialogue with the Taliban had failed. Tension between the army and civilians had peaked and then the present Army Chief, General Raheel Sharif, wisely decided that it was in the best interests of the country to take action.

The operation was needed a long time ago, but the previous army chief, General Ashfaq  Pervez Kiayani, had his own reasons for the delay and he was later criticised despite saying that the country faced a greater threat internally than externally.

General Raheel Sharif has so far lived up to public aspirations and his own promises to eradicate terrorism from the country. He is working tirelessly and seems very focused, reiterating his determination to take the operation to its logical conclusion.

Even Prime Minister Nawaz Sharif is giving the same statement, and seems on the same page, emphasizing the implementation of his National Action Plan (NAP). He, very recently, told the Punjab to ensure its implementation.

Though the root of the extremism can be traced back to a much earlier time, officially it was promoted and supported during Zia’s era – a time that is remembered as the dark era of Pakistan. Sadly his policies are still haunting the country as the black laws and policies passed during his government are still on the statute books and are practiced. But the time has come when we have to decide whether we want to continue with them or abandon them for Pakistan envisioned by our Quaid.

Though several politicians often use the rhetoric of a ‘New Pakistan’, but to actually make a new Pakistan we will have to get rid of Zia’s policies, something which seems difficult as many of the politicians who were involved with Zia are still in the government. But it is not impossible. The only conditions are sincerity with Pakistan and its people.

Some of the best suggestions recently were presented on August 11 in the National assembly by Senator Kamran Michael, Minister for Ports and Shipping, on the day which has also been marked as minority day for the last several years.

He wanted Quaid’s famous speech of 11th August 1947, to Pakistan’s first Constituent Assembly, to be made a part of schools’ and colleges’ curriculums, to make the country’s youth aware of what its founder had visualized. He said he wanted “the text of the historic August 11 speech to be regarded as a roadmap for the future as it is a beacon of light for us. If we believe that Quaid e Azam, the Father of the nation, one of the greatest leaders of the 20th century and in subcontinent there was no one equal to him in intelligence, wisdom and insight then we also have to believe that his 11th August speech was not mere words which were beautifully synthesised, but a guideline to formulate the constitution for the newly born states and road map for the progressive, prosperous and strong Pakistan”.

The present curriculum is the continuation of the Zia’s, which promotes hate and extremism, and has made at least one generation extremists. Millions of people can be inclined towards terrorism at any time, but in the light of Quaid’s speech we can save our next generation.

The USCIRF (United States Commission on International Religious Freedom) in 2011 published a study titled “Connecting the Dots: Education and Religious Discrimination in Pakistan.” The study examined Pakistan’s public school and madrassa systems in detail.  The study found that school textbooks either failed to mention Pakistan’s religious minorities or referred to them in derogatory ways.

Hindus and Christians were depicted in especially negative terms, with inaccurate and offensive references. Teachers had little understanding of religious minorities, expressed extremely negative views of Ahmadis, Christians, and Jews especially, and transmitted such biases to their students. While minorities played a role in the making of Pakistan and at several occasions their services for Pakistan have been commended by several presidents and prime ministers, still such a teaching seems part of an intentional conspiracy against minorities, and more likely against the country. Until the Government changes its policies, a harmonized and tolerant society will be a distant dream, and change is severely needed.

Apart from international organisations, several national organisations have published similar studies and all have the same findings. It is very unfortunate that we are making our children extremists instead of peaceful and tolerant citizens, but the time has come to make a decision on whether we want to make it Quaid’s or Zia’s Pakistan, political rhetoric won’t work anymore and something concrete needs to be done.  If we want to see our country as Quaid’s Pakistan, then let’s change it, not for the sake of the world but for the sake of our Quaid and our future generations.

We also need a new national narrative, as although the army and civilians have spoken about it, there has been no progress. 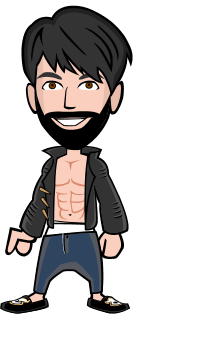 MY ONLY LOVE JUST TO SAY LOVE YOU.NEVER SEEMS ENOUGH ,I'VE SAID IT SO MANY TIMES ,I AM AFRAID YOU WO…