To Coin an Idea

So what are you, when you are the lord of nothing?

I am currently in the process of writing my new drama film, entitled No One Else. It is a short medieval/fantasy film which revolves around the journey of two characters. Just before the film takes place, a castle is attacked in the middle of the night by an unknown force. Vin, a veteran soldier in the service of the lord promises to take the lord's only son, Armus, a spoilt boy, out of the chaos and to safety.

The narrative of the film focuses on the journey of these two characters as they travel away from the castle.

I am extremely excited to be going through with this idea. I have always wanted to create something very ambitious, which I think this project is full of. Fortunately, I have succeeded in gaining an agreement with Angels Costumiers in London to produce the costumes for my characters. They have a fantastic track record, having worked on world renowned productions such as Game of Thrones, Django Unchained and Harry Potter. The list goes on.

My aim with this film is to create a world, where you can imagine your own stories and endings to the characters. I am just adding the first piece to the puzzle and will follow up the film with some brief notes on the characters and the location. I have always been fascinated with fantasy novels, films and video games. I often find myself spending hours scrolling through pages of lore and fan-fiction, most recently being The Elder Scrolls: Skyrim. I hope that the audiences who watch my film will be interested and their imaginations will wonder.

Thank you for reading this. I will be posting updates often with some character profiles and general updates. Please feel free to contact me if you have any questions or even suggestions. 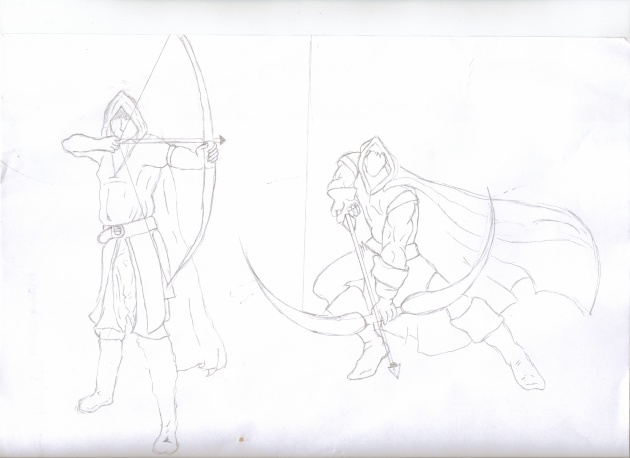