To Know More Everything about Cricket

Cricket is a game that is very interesting and has also been widely recognized by the public, especially by countries that adopt the culture of the countries England, in other words that the former colony of England, from cricket innumerable tragedies tragedy which occurred in it, if curious aspires to know more all about cricket then it has been summarized in this blog then congratulations reads.

In the opening something sure begins with history. in cricket there are a variety of history in it but if you want to know more about cricket following the links to the whole of the history. [History of Cricket]

From some championships that have been held up to now. ICC World Cup is the oldest championship and the first known by fans of this sport.

The Equipment Used in Cricket

A. Tools in Cricket

As with any other field sports, there are several cricket sports equipment needs to be prepared before the start of the match. Here is a list of the equipment.

A cricket ball has an outer layer of skin form the content part consists of a cork tied tightly so that this ball has a texture that is quite loud. At first glance, it looks like a cricket ball balls used to play baseball. The cricket ball weighs around 156 grams to 163 grams. Meanwhile, circle the ball between 224 mm to 229 mm. General cricket ball is colored red with white stitching in the middle. But now there is also a cricket ball is white and is usually used in the game of cricket in the evening.

Cricket bat or called the bat used to hit a cricket ball. Section grip the paddle shaped like a stick. As part of the bat in the form of willow wood shaped like swords were great. This bat has a length of 965 mm with a width of approximately 108 mm. The ball bat weighing 1.2 kg to 1.4 kg. This cricket bat also available in a smaller size specifically for children.

Wicket in cricket games do not use nets but rather consists of three milestones or poles that stood in a line and driven into the ground. At the top of this milestone are protective bar which connects between milestones. Each milestone for cricket at a height 71 cm and placed at opposite ends of the area used to throw and hit a cricket ball.

The game of cricket is generally carried out in the open field. In the heat and humidity and the scorching sun, the players used to use as a protective cap and also prevents the players dazzled by sunlight.

Footwear in the game of cricket is used by the batsman, fielders and also goalkeeper. This foot thick enough coating and serves to protect the lower legs of a cricket ball is a hard blow.

And this is the real introduction to cricket equipment.

B. On the cricket field

Besides preparing cricket sports equipment, the field for the game also need to be prepared. Field to play cricket elliptical with grass-covered surface of the flat landscape. Generally the cricket field has a size of 137 meters to 150 meters. The following images to cricket field.

Name Position ,Duties Cricketer and The Rules of Cricket

A. Name Position and Duties Cricketer

Cricket is a sport played by two teams. Each team consists of eleven players. This team is then divided into their respective headings. Here is the name of the position and duties cricketer in a match.

The captain was also in charge is responsible for selecting the team, set strategy and determine the position players on the field of cricket.

In the game of cricket, bat is known as a batsman. Meanwhile, in the women's cricket team, the player who hit the ball is called batswoman.

Role cricketer called this bowler is throwing the ball toward the batsman.

Wicket Keeper is tasked with capturing a cricket ball.

The player who takes a position as the third man is behind the wicket on the off side.

Position cricketer who served as slips are behind the wicket on the off side.

The player with the duty gully position to catch the ball before the ball rolled farther and allowing opposing players to run.

Mid Off and Mid On (Fielders) :

The player with the role of mid off position on the left batsman, while the player who served as a mid on the right side batsman. Both of these positions as a right-handed batsman.

Long On and Long Off (Fielders) :

The position of the player who served as london is left standing behind the goal where the bowler. Meanwhile, the players who served as a long off is in the opposite position with a long position in right on the back of the net.

Responsibility cricketer who are in a position blocking the cover fielder this is a ball that can harm and throw the ball accurately to the goalkeeper or the wicket keeper.

B. Rules Of The Cricket

1. Cricket is played by two teams with each member of the team of eleven people.

2. In the middle of the field should be provided with a rectangular area to throw the ball.

3. When the cricket ground has been prepared, the players need to understand the rules of this game of cricket is duties of each position.

4. Total bat representing a team of two people, and will alternate with other players.

5. In each half-round matches, each team take turns to be the team designated hitter and team pitcher.

Turns of regulations on this cricket there are also laws of cricket following link (Laws Of Cricket).

If you have understood all the things that have been discussed above, here's to better understand how to play cricket.

Based on the ranking of ODI, the current cricket club which occupies the top position is a national club that comes from South Africa. ODI or One Day International cricket competition is an event organized by the ICC. In 45 matches, South African cricket club get as many points as 5163.

South African cricket clubs are often called are under the Proteas coach Russell Domingo. Some of the best performance ever achieved this club include winning the ICC Champions Trophy event in 1998 and won the gold medal in the event Commonwealth Games 1998. One cricketer of South African club, namely AB de Villiers also ranks as the best batsman at the moment.

Occupies the second position as the world's best cricket team today is a national club that originated in India. Cricket Club of India's ODI rank second with 7196 points from 63 matches numbered. The cricket club captain Mahendra Singh Dhoni was and is under the guidance of coach Duncan Fletcher. The best performance ever achieved national cricket club of India, among others achieve victory in the World Cup in 1983 and in 2011, as well as being the winner in the event at the 2007 World Twenty20 held in South Africa.

Micky The Slanted Salerno has made all sorts of things in cricket as well as
1. Bat
2. Blouse
3. Helmet
4. Trousers
and here are some pictures to see cricket which you can find on Bitlanders Shop. 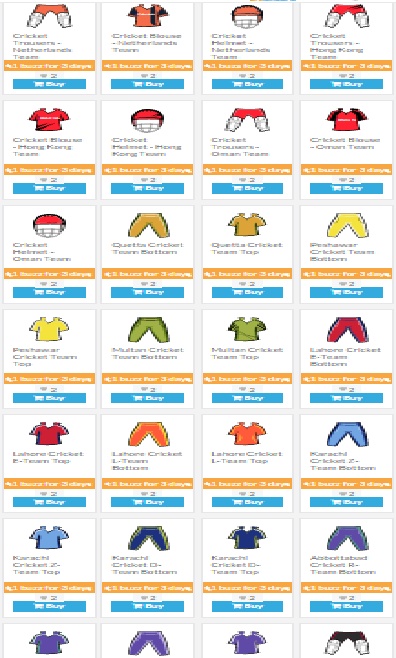 And if you buy the equipment of cricket your can get direct buzz in 1 plus.

I think it just hopefully this information is useful for bloggers. Iam Syahrir-te thanked 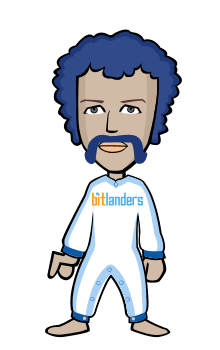