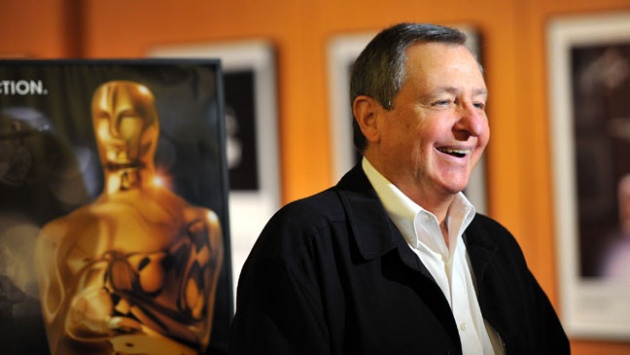 Tom Sherak, former Academy of Motion Pictures Arts and Sciences President, has lost his battle with prostate cancer.  He was 68.  So long, Mister Sherak, thanks for the Oscar memories!

Here's what the Academy says:

The Academy is deeply saddened by the passing of our beloved former president Tom Sherak.

Sherak joined the Executives Branch of the Academy in 1983. He served three terms on the Board of Governors, from August 2003 through July 2012, the last three as President.

He was most recently named Los Angeles film czar by Mayor Eric Garcetti to support local film production and serve as a liaison between state lawmakers and the entertainment industry.

Sherak’s remarkable five-decade career has seen him at the pinnacle of motion picture marketing, distribution and production at companies including Revolution Studios, 20th Century Fox and Paramount Pictures.

He was founder and chairman of the MS Hope Foundation, an organization dedicated to supporting the needs of the Multiple Sclerosis community.

His passion and tireless energy impacted the Academy in countless ways – especially his support of our new Academy Museum of Motion Pictures.

“In the more than 30 years I’ve known Tom, his passionate support of and excitement about the motion picture business, the Academy, his family and friends never wavered. He was truly larger than life, and he will be missed.”

“He was my mentor and my friend.  I learned from him, I laughed with him, and I couldn’t be more grateful for the time we shared together.  He had a huge influence on the direction of our Academy and on me personally.  I will miss laughing with him most of all.”

And here's a statement from Sherak's family:

“To the entertainment community,

With broken hearts we want to share with you the news that Tom Sherak passed away today after a long 12 year battle with prostate cancer.  He died at home surrounded by his family giving him hugs, kisses, and love.

Tom is, was, and always will be, our loving husband, daddy, papa, brother, friend, and “Go to Guy.”  He blessed this earth for 68 incredible years, and he will be missed every single day.

Tom lived his life as an open book.  He opened his heart and let the world in, and anyone who was lucky enough to know him knew first hand the power of his love.  He gave everything he had to help others, regardless of whether or not he knew them.  Tom is a true hero in our lives who has a star on the sidewalk and wings to fly.

We love him so very much.”

Awwww, we love him too!

Photo credit:YannnviaBitlanders.com Hey guys! So I wanted to share with you guys my craft/passion fo…

The name of this art photograph is: 'Blue or Leaf' It is my first photography art : I found this wo…