More and more opportunities for gamers join the bitcoin community arise. This technology offers gamers the opportunity to operate with decentralized currencies without third party intervention. In addition, we have developed several games for different platforms available to earn bitcoins in an entertaining way. In the list below we list some of the best games that us

Crush Bitcoin is a very similar game Candy Crush. This game offers you the chance to challenge your mind as you earn bitcoins. Each player tournaments Crush Bitcoin faces the same challenge patterns of jewelry. The objective is to match as many possible combinations in 40 seconds.

Both Flapper as Bitcoin Coin Crush are developed by the company BitPlay Today and can be installed from Google Play. Each game allows four players to tournaments in which there are different bitcoins prizes for the winners of the 1st, 2nd and 3rd place. You can also perform face to face competitions in which you can challenge your friends. You can send your profits at any bitcoin wallet you choose.

It is another game with the same style of Flappy Bird and available in Google Play and the App Store. This game is developed by BitLanders, a social network like Facebook but unlike this you can earn bitcoins by posting content on the network and interact with others. This game represents an option to earn bitcoins within the network, therefore you must be registered to store your winnings.

Sarutobi is a game available for iOS that is to make a monkey jumping from one rope to another, while moving through a jungle. On their way, the ape is catching coins or bitcoins toy which can then be used to make purchases within the application. The dynamics of the game also includes collecting black Bitcoins, power-ups and completing the word go Bitcoin, which will give us more points. The more juntes points and, of course, the more time you spend playing, the more likely you'll actually receive bitcoins.

Game of Birds is a game available for iOS. The game's story says that a chick is trapped under a pile of owls. To release must strategically place bombs. As you play you'll be collecting bitcoins. Game of Birds has its own wallet and thence running payments.

Goldentowns is an online game that involves political, military and construction of a village simulation. That is, it is a typical game where you build house, farms and soldiers, but with the particularity that the game's currency, gold can be exchanged for bitcoins.

FarmSatoshi is an online game farms where you pay free bitcoins just for viewing ads while you grow your farm and take care of your animals. From the moment when the animals begin to produce wool, eggs, milk and meat you can pick it up and sell it for bitcoins. You also have the possibility to get referrals by sending your referral link the player you want to sponsor and receive 10% of bitcoins that copper. You can withdraw your funds without paying fees using a Xapo portfolio. 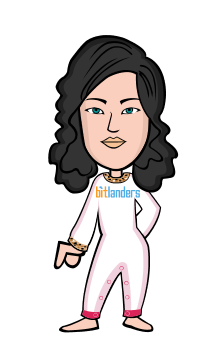