This is our list of  Top 10 Greatest NBA Players of All Time. This list includes the best players in NBA history along with the top basketball players today. Anyone can vote on his/her favorite best NBA players here in comment section, which means these players are truly fan favorites.

Take a look at the Top 10 Greatest NBA Players. 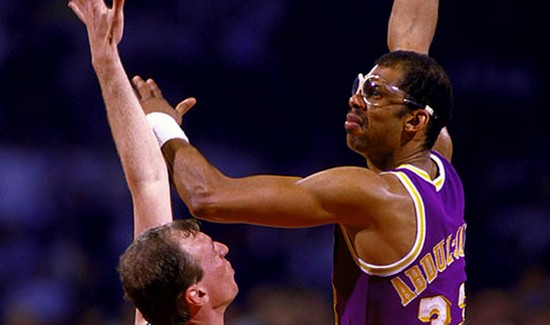 Kareem Abdul-Jabbar is a retired American professional basketball player. He is the NBA’s all-time leading scorer, with 38,387 points. He is at top in our list of Top 10 Greatest NBA Players. During his career with the NBA’s Milwaukee Bucks and Los Angeles Lakers from 1969 to 1989.Won 6 NBA Titles, 6 MVP awards and nearly undefeated at UCLA. They changed rules for Kareem and forced him to develop the most unstoppable weapon in basketball history, the infamous Skyhook. Playing 20 seasons professionally, he still holds the all time scoring record. 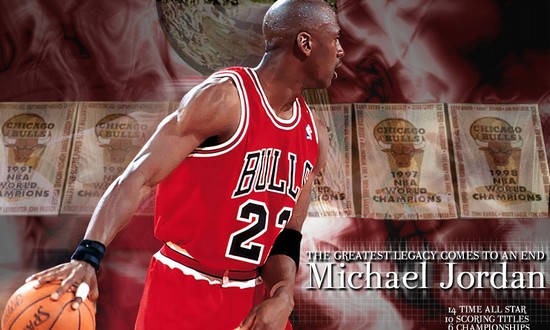 Michael Jordan is the greatest basketball player of all time. Jordan was one of the most effectively marketed athletes of his generation and was considered instrumental in popularizing the NBA around the world in the 1980s and 1990s. Won 6 NBA titles, 5 MVP awards, two Olympic Gold Medals and an NCAA title. Michael Jordan was responsible for an entire era in the NBA. He made the NBA a worldwide phenomenon. He was the greatest scorer/defender the league has ever seen. 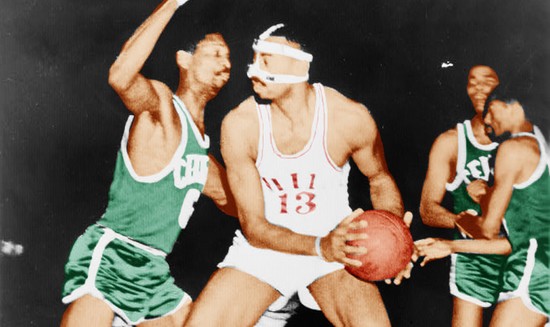 A five-time NBA Most Valuable Player and a twelve-time All-Star, Russell was the centerpiece of the Celtics dynasty, winning eleven NBA championships during his thirteen-year career. Won 11 NBA titles, 5 MVP awards, Olympic Gold and I believe an NCAA title at San Francisco. Bill Russell was the greatest defender in league history as well as its greatest winner and leader. He was the first Black player to win a title as player/coach. He played during a time when it was difficult to be an African American in the city of Boston. The Finals MVP is named after Bill Russell and rightfully so. There will never be a greater winner. He was also a tremendous rebounder for his size. 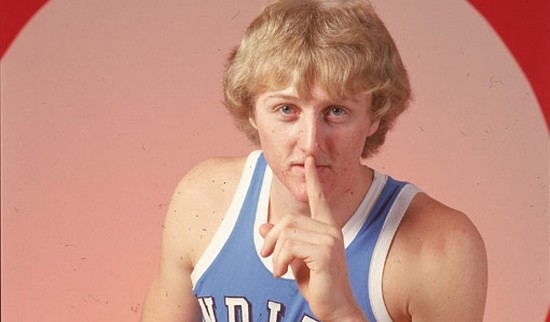 Bird was a 12-time NBA All-Star and was named the league’s Most Valuable Player (MVP) three times. He played his entire professional career for Boston, winning three NBA championships. Won 3 NBA titles, 3 MVP awards, Olympic Gold. The first member of the 50/90/40 club, Larry Bird was the most versatile forward to ever play the game. He made up for a lack of athletic ability with a craftiness that is as yet unmatched in the sport. He was one of the greatest shooters to ever play as well as probably the most clutch player in history. He could beat you without scoring. 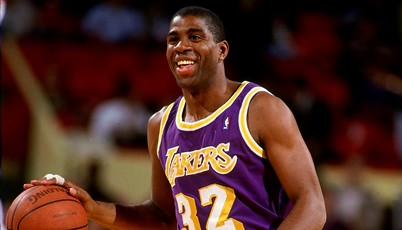 He won a championship and an NBA Finals Most Valuable Player Award in his rookie season, and won four more championships with the Lakers during the 1980s. Johnson retired abruptly in 1991 after announcing that he had contracted HIV, but returned to play in the 1992 All-Star Game, winning the 5 NBA titles, 3 MVP awards, Olympic Gold, NCAA title, High School title. Magic Johnson revolutionized the point guard position at 6’9″ He could play 5 positions and dominated you with a cold-blooded smile. Amazingly, he is probably a better businessman than he was a basketball player. He won 5 titles in 9 appearances. All he did was win. He made the art of passing fashionable in the NBA. 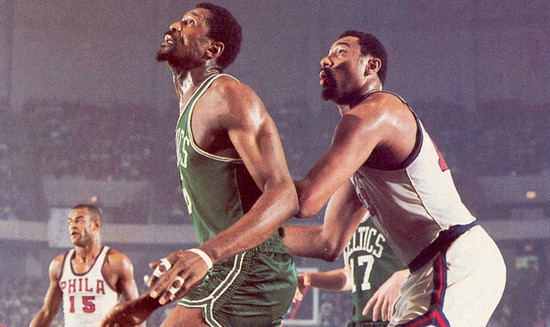 The 7 foot 1 inch Chamberlain weighed 250 pounds as a rookie before bulking up to 275 and eventually to over 300 pounds with the Lakers. He played the center position and is widely considered one of the greatest and most dominant players in NBA history. He won 2 NBA titles, 4 MVP awards. Wilt, ‘The Stilt/Big Dipper’ Chamberlain was the most statistically dominant player the league will ever see. He never fouled out of a game. He was a Globetrotter. He was so dominant that his greatest opponent was himself. He easily has an argument for GOAT. 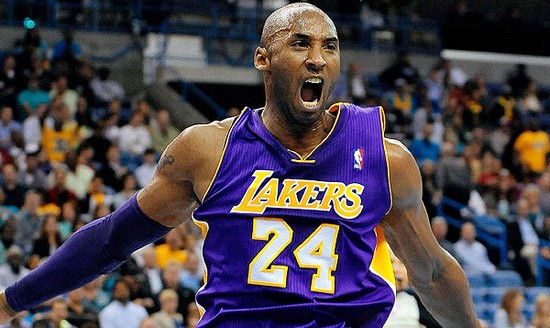 The New Orleans Hornets (soon to be the Pelicans) must regret the day they traded Kobe Bryant. Bryant has won five championships and earned one MVP Award. His confidence translates to him taking control of late game situations and his game winning shots are always mind blowing. Nobody can forget his 81 point game (second most points scored in a game,) and he also just eclipsed 30,000 points against the team that traded him away on draft day. 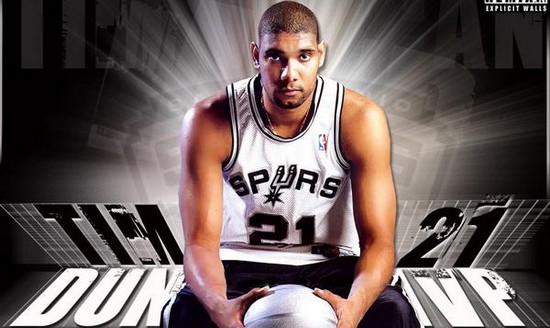 American professional basketball player who currently plays for the San Antonio Spurs of the National Basketball Association, Tim Duncan isn’t nicknamed the Big Fundamental for nothing. His style of play is simple and down to earth. Nothing flashy for the four-time champion and two time MVP. Duncan stays quiet on the court while silently stacking up points with his trademarked turn around bank shot. His hook-shot rivals that of Kareem Abdul-Jabbar’s and his defensive presence has led to him nine All NBA Defensive selections. 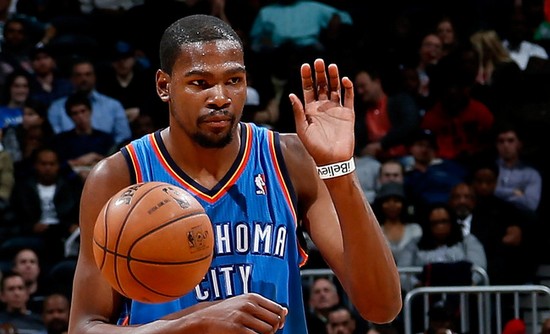 He won 1 NBA title, 1MVP. The Big Ticket is probably the most intense, passionate big the game has ever seen. Defensively, he is able to control a game through the influence of his teammates. A fiery leader/competitor. Kevin Durant may not be the all-around player that LeBron is, but the three-time scoring champion will be dominating the league as the best player in five years. Durant will be 29 and in his prime entering the season, and he has a lot of time to work on his game. Durant may never be quite as good on defense as LeBron or Howard are, but he will be simply phenomenal on offense. 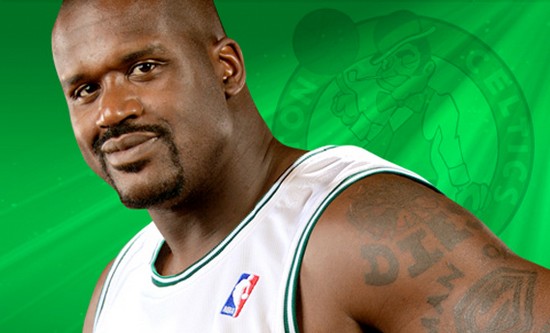 American retired basketball player, Shaquille O’neal or Shaq as we all know him is considered one of the most if not the most dominant big man to ever play. His size and strength made him a nightmare for defenses. He won four titles, one MVP and two scoring titles in his career. O’neal ended his career in a shuffle between several teams and finally called in quits with the Boston Celtics. 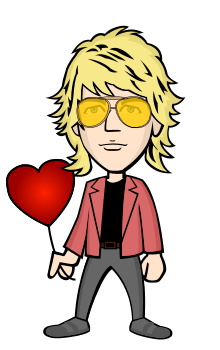