Top 3 Most Used Gaming Platforms In The World.

This is a short blogpost about the 3 Most used gaming platforms in the world by Numbers of Units sold and The games available.

PC is the most used gaming platform in the whole world.Nowadays everyone has a computer at there home which people also play games on.Due to its flexibility the Computer is acknowledged as the Most Suitable Device for both Work and Gaming Purposes.

The playstation series is a well known Console series created by Sony.Before it was released It was intended to collaborate with Nintendo and create a Console by working together,But this couldn't happen because of certain reasons which Will take too long to Describe in this one Blog post.The PlayStation 2 which is the Most sold game console of All time and Will probably hold the record for a long period time Sold about 155 Million. Ten or 15 times more than the Current consoles.It is also liked by the community because of the wide variety of games.

After The Huge Success of PlayStation 1 in Early 199X Microsoft Wanted to make a Super Powerful console that could compete with the Next Install in the PlayStation Series (The PlayStation 2). The Xbox was powered by DirectX which is the same as in Windows. This enabled game development for the Xbox easier for Game Developers because It used the same technology as in Windows. It had all kind of Good games and Exclusives which is the reason of its Succession.

OK that does it for Today's Blog post. I hope you found some Information in This blogpost.

If you did then please hit that buzz button. 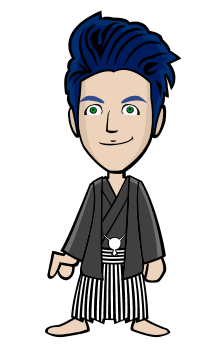