Tottenham and Arsenal and the fight of titans, expectations of the mouth-watering derby

In football, what is worth more than watching a football derby and if it is between bigger rivals it becomes more attractive than any other attraction on earth, no matter what there be, the attraction always seems like irresistible. Arsenal and Tottenham are to fight each other this Sunday and it is going to be one of the most important matches for both of the teams in this entire season.

The North London Derby is one of the most attractive and biggest derbies in English Football and in the world club football as well. The recent results and stats show that this derby result could well decide the fate of both the teams for the rest of the season. Both the teams are carrying different aspiration this time when these two are meeting with each other, Arsenal all the season has fought at the top and remained first for much of the season winning games with style and many have praised both Arsene Wenger and Arsenal for their beautiful displays. However, their recent displays have attracted some criticism for both the Arsenal and Arsene Wenger. Arsenal, who were considered favorites to win the league and shock everyone, are now starting to fall behind in the race to claim the title. Tottenham on the other hand had started the season with good form and were looking to claim their much hoped and dreamed Champions League spot, however, with the time and change of management the dream looks set to crash and requires some huge effort from the entire club to make it a reality. 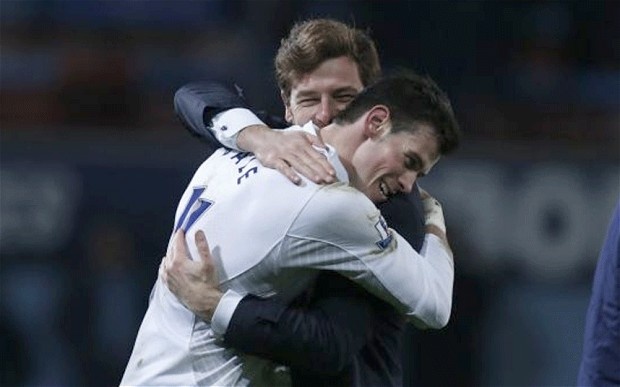 The expectations are high from the match and it is expected that this will be another great contest, early on in this season when Tottenham met Arsenal, it was expected that Tottenham would win against Arsenal but with much of great defensive work and some luck Arsenal managed to defeat Tottenham, while Tottenham giving Arsenal a lot of trouble. This time it is the home of Tottenham “The White Hart Lane” where the derby is to be played and Tottenham will feel the edge over their London rivals because of the home advantage, but the recent form of the team is a huge concern the result can be anything and will depend solely on the performance of Tottenham players. The history have shown that this match have produced lot of drama, Arsenal will depend on the class of top players and Mesut Ozil is an obvious threat with Santi Cazorla foot by foot equaling the threat German international have. Arsenal have best midfield of Premier League and a great striker in Oliviour Giroud, analyzing both the teams strengths and weaknesses it is obvious to say that both teams have good midfield. The most important thing for Tottenham will be to stop the most important organs of Arsenal attack, Mousa Dembele, Sandro and Paulinho should be the most important players on the night because of their ability to stop the opposition buildup and creative work of Dembele. 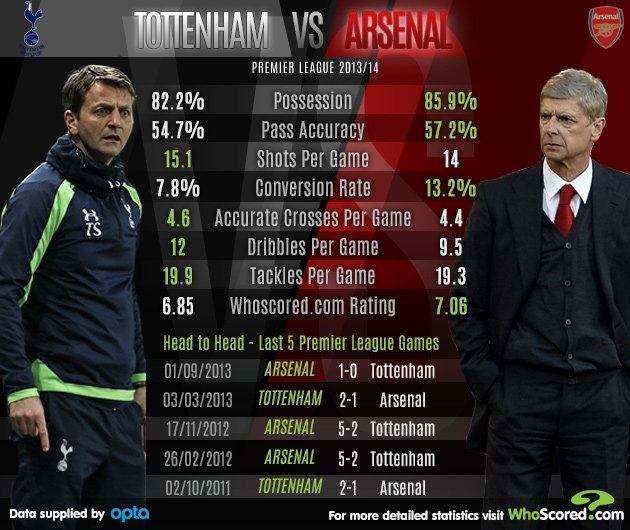 The stars of Tim Sherwood and Tottenham does not seem to match as was expected during the early stage of his Managerial career and Tottenham have shown a miserable form during last few weeks and are on the verge of a huge disastrous season. A season in which they lost their magical player, the hope for the club “Gareth Bale”, and have spent the record money in the club’s History and most of which is gone like burnt. This could be fatal for the future of the club and could hurt Tottenham’s growth for some time, Arsenal while on the other hand haven’t spend much in this season except the huge purchase of Mesut Ozil but have done a great job this season, and are on course to end their eight years of trophy drought this season. I consider this match to be the pivotal point for both the clubs, there will only be one winner, and the winner will put himself on the launch pad for having a successful and fruitful season. 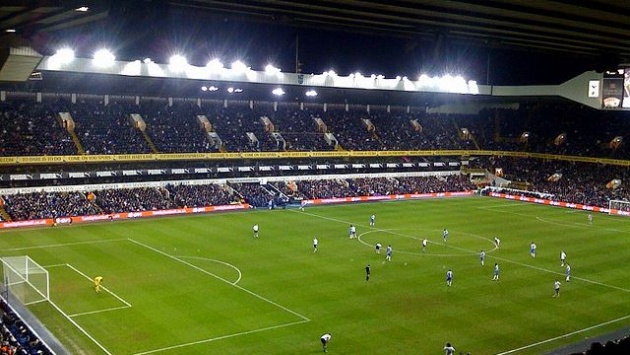