Next to a ridiculous copy of Ozombie (Bin laden as a zombie...I'll say no more) I pick up a copy of Troll Hunter.

I'm actually strolling through Tesco's desperately searching for a Fathers Day present the night before.

Now I remember a lot of online media hype about this film but when I watched the trailer I laughed and scoffed.

So now I'm massively confused as to why I'm taking it to the checkout.

Is it the four start rating? The funky cover? The tagline?

I don't know. But I part with my cash.

But then I surprisingly become hooked.

3 Norwegian media students investigate a mysterious episode of bear killings in Norway thought to have been poached by lone ranger, Otto Jespersen.

Stalking him one night they stumble upon strange events and learn that he is in-fact a troll hunter.

Okayyy....Not usually one for monster flicks, I reluctantly accept it.

When I see a troll for the 1st time however, I laugh, I scoff, I grab the remote.

"Dad, don't feel bad if you want me to turn it off"

And never before has a "shit" film kept me hooked. How does that even happen?

Once I get past the clashing mockumentarty reality of it, I actually find that this is a pretty funny and a cleverly intended piss-take. (I think?!)

But it's certainly not shallow about it.

Impressively enough, it makes sure it delivers depth into the culture of trolls, the science behind them, government intervention...No, I'm not starting to believe but this film makes them hilariously plausible.

And then there's the pure naivety of everyday people....Trolls aside, we all know we don't know everything and we should all know we are constantly fed bullshit to keep things running smoothly...Troll Hunter nicely scoops up the dirt from under the carpet and slaps it bang tidy in your face with a mocking chuckle.

I can imagine those that know me would drop dead at the idea of me even saying this film was good but I'm going to...it made me laugh, it nearly made me turn it off, it made my face serious, it made me question, it made me realise...Quite the roller-coaster.

If the piss-take doesn't work for you, looking at the surface of the film it's not a bad piece of light entertainment...

For me, it's definitely a once-watch but it's enough to get the point.

And of course it has it flaws but they almost don't matter...

With some pretty cool locations, an in-depth borderline piss-take and some okayish graphics I'd say it's worth a watch.

And I'll repeat, I don't believe Trolls are real but if I was 3 parts pissed I would consider it after this. 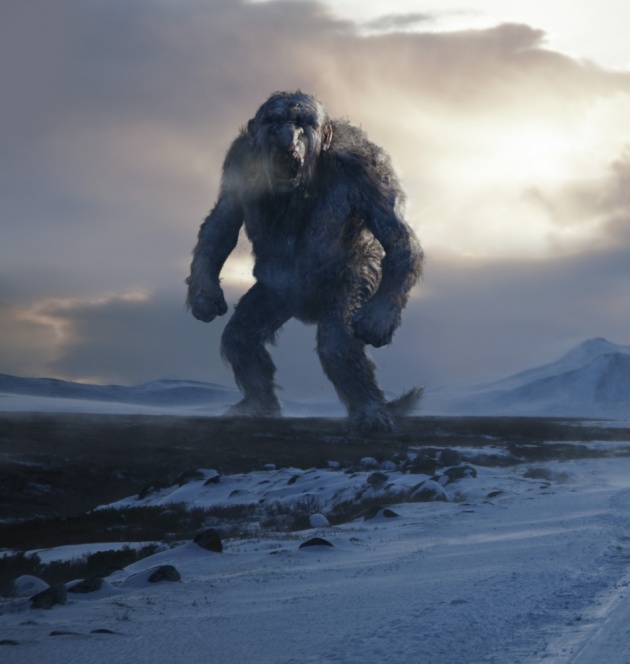