Films nowadays are more inclined to genres lik sci-fi and fantasy. Rarely are the ones that tackle history, society issues, and obsession with flowers, just like this next film I will write about—Tulip Fever. 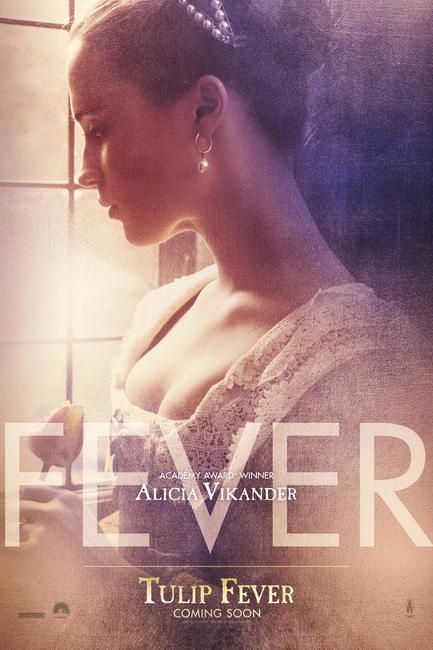 Tulip Fever is a drama, romance, and history film directed by Justin Chadwick, produced by Alison Owen, and distributed by The Weinstein Company. Tulip Fever was based from the novel "Tulip Fever" written by Deborah Moggach, who also did the screenplay for the film together with Tom Stoppard. The film was released on the 1st of September 2017 and Rated R by the Motion Picture Association of America (MPAA) due to nudity and sexual content.

During the 17th century in Amsterdam when tulips were as desirable as diamonds, a girl named Sophia living in an orphanage was bought by a wealthy widowed man named Cornelis Sandvoort. In exchange of being Cornelis' wife and bearing an heir, Sophia's siblings will finally be able to go home at New Amsterdam. 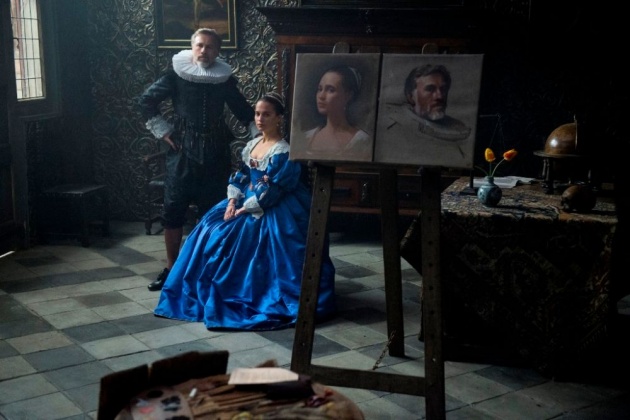 Three years later (1634), Sophia and Cornelis still haven't had a child which made Sophia lonely and unhappy with her relationship. One day, Cornelis thought of hiring Jan van Loos, a struggling artist, to paint a portrait of him with Sophia and instill the memory of having a young and beautiful wife. After the first appointment with Jan, Sophia told her husband that she no longer wanted to have portrait painting because it was just pure reflection of vanity but eventually changed her mind later on. Jan realized he had fallen in love with Sophia and so he sent a letter requesting her to bring a vase of tulips to which Sophia did. Sophia fell in love with Jan as well and the two met more often with Cornelis unaware of their secret affair.

Meanwhile, the Sandvoort's servant and Sophia's friend Maria, had a fishmonger lover named Willem who frequently visits her. After a while, Willem gave up being a fishmonger to enter the tulip market so he could earn more and have a better life when he marries Maria. One day, Sophia went out wearing Maria's cloak. Willem followed Sophia whom he thought to be Maria. Brokenhearted of what he witnessed, he went to a pub to drink but lost his money after a woman stole it. He was then beaten up by some men after attempting to get his money back. 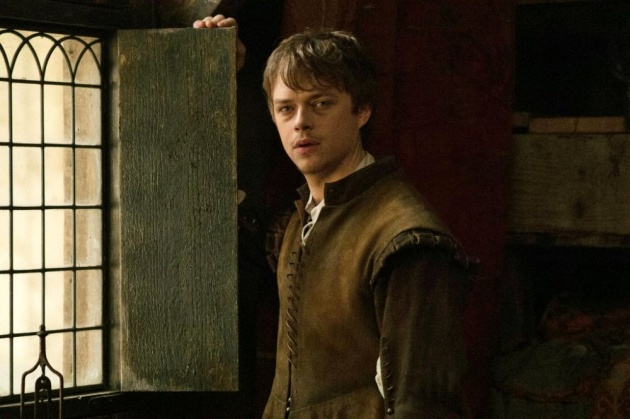 Jan wanted to be with Sophia in the future but he needs enough money for them to get out of Amsterdam, so he thought of engaging to the tulip market.  He went to the convent to steal tulip bulbs but was unfortunately knocked out by the abbess. The abbess forgave him and eventually helped Jan to start in the tulip market by giving Willem's tulip bulbs since the man didn't come back for a long time. 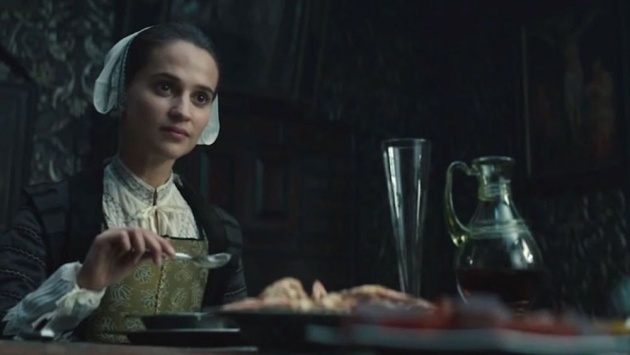 Maria told Sophia that she was having a child with Willem but it was a huge problem for her because Willem was nowhere to be found. She told that she would tell Cornelis about Sophia's secret affair with the painter if she were to be thrown out of the house. Sophia then thought of pretending to be pregnant and dying after giving birth to escape from Cornelis. The baby would then be Cornelis' child and Maria will be able to keep her job at the Sandvoorts. Maria went with Sophia's plan.

After faking her death, Sophia was able to finally escape from Cornelis. She thought of returning but gave up the idea after seeing Cornelis happy with the child. She was unsure of her decisions, so she ran off, even leaving Jan, who assumed she was dead after seeing her cloak in the water.

The secret about the child and Sophia's death, however, haven't been long hidden. Willem came back to Maria and Cornelis overheard their conversation. Cornelis realized that what he did to Sophia was wrong and so in return, he had forgiven Maria for conniving with Sophia. He moved out to the Indies to start a new life and gave his home to Maria and Willem. Eight years later, Jan was commissioned to paint a mural inside the church. While he was painting, he saw Sophia along with the abbess and orphans. Sophia nodded slightly at him while Jan smiled at her, happy that she was alive all this time.

The long shot and panning of camera from the sky to Sophia while she was standing alone at the shore was simple but a good beginning to start the film. It showed how Sophia was deeply thinking about the marriage and the new life she was going to have soon. I also liked the slow zoom in while focusing at the door where the subject is. The technique was also used for quite a few times. The few seconds of full body shot while Cornelis and Sophia were posing for the portrait painting looked marvelous. The shot looked like the painting itself. Of course, I love the close up shot of Jan's face smiling on Sophia at the end. It clearly showed his acceptance and happiness for Sophia.

The film mostly appeared dark and should I say a bit dull, but it was a great contrast to the colorful tulips and Sophia's blue gown. The colors of the tulips popped out more, living its role of being the most-coveted thing back then in Amsterdam. Just like the whole film, dim light and proper light angles were used on the nude scenes. On the other hand, a short 2D animation was used at the beginning of the film to tell the tulip's story.

The cast comprises of two award-winning actors, Christoph Waltz and Judi Dench, and newcomers like Alicia Vikander, Dane DeHaan, and Cara Delevingne. They were all gorgeous and talented. May I have to add that Dane's blue eyes are so beautiful and attractive? I'm pretty sure everyone would agree with me.  I also have to mention Holliday Grainger who played as Maria. Her acting was amazing, and she looked cute and gorgeous. She's probably my favorite actress for this film. 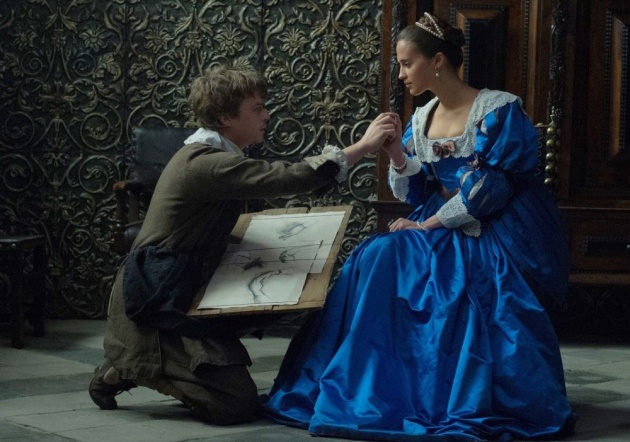 The costumes for the film were believable to be 17th century style dresses. The dresses had also clearly shown the difference between the social status of people. However, poor or rich, their costumes were all to be marveled at. They were like princes and princesses from a fairy tale. I personally loved Sophia's blue gown and Maria's yellow gown as well at the end of the film.

Did you know Steven Spielberg was supposed to produce Tulip Fever with Dreamworks in 2004 with a $48 million budget? The film was also supposed to be starred by Keira Knightley and Jude Law. Twelve thousand tulips were even planted during the production. However, the British government closed a tax loophole causing the film not to push through until 2014 under The Weistein Company.

The film was set to be released on November 2015 with a preview of it shown during the 68th Cannes Film Festival in May 2015. However, some issues affected the release date of the film and was moved to July 2016. It was then rescheduled to February 2017, then August 2017, and finally September 2017. The film took three years to be released. Alicia Vikander who was a newcomer back when she was filming Tulip Fever already have won an Oscar for another film entitled "The Danish Girl" which was also released in 2015. 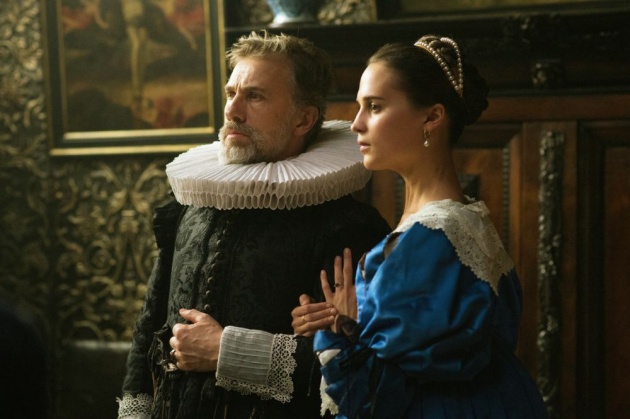 One message that is clear from this move is that you can't force someone to love you. Cornelis bought Sophia to make her his wife but they never had a genuine happy relationship. It might be for Cornelis, but Sophia never felt truly happy with him. Love that is forced will only breed sadness and regrets in the future. 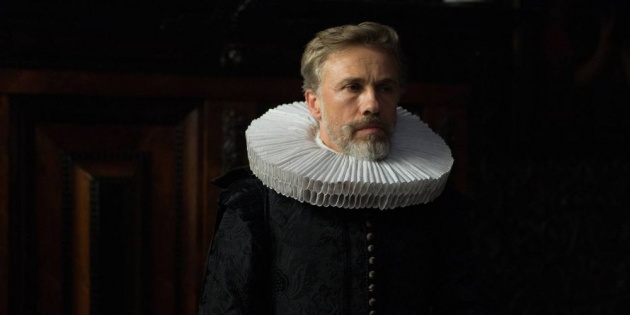 Cornelis was rich, but was he happy despite all the things and money he has? Same goes with Willem who finally got rich but turned miserable after seeing 'Maria' having a secret affair with Jan. As they say, money can't buy happiness. Having all the things you want and having a huge amount of money won't guarantee a lifetime happiness. Happiness is a priceless feeling just like love.

■ WOMEN ARE NOT SLAVES

The film shows how rampant slavery is in the old times where women were mostly the victims. Poverty was the main reason for people choosing to become slaves. As Cornelis said in the film, he thought of Sophia like a fine silver or precious painting and making her bear a child to be his heir. Women are not slaves. Even though they are seen to be the weaker gender, females do not deserve to become slaves. We are not fated for that role. Despite the gender difference, we are all humans and are all equal in God's eyes. Poverty mustn't also be a reason to force or drive women to be slaves. Good thing today, more and more people spread about women empowerment so more people would be aware and taught about it, just like bitLanders who promote women empowerment through films. 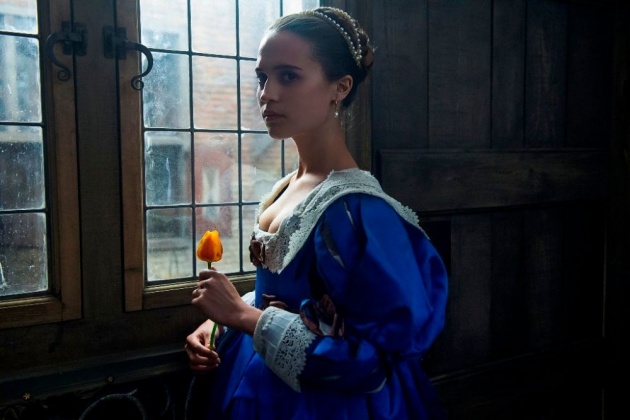 Sophia may not have a romantic relationship ending with Jan but they were both happy for the path each of them have chosen. I honestly liked more the romance between Maria and Willem and their story. Some of the film's story was also unbelievable especially Sophia pretending to be pregnant and Maria keeping her pregnancy secret. The film was a flop and received bad feedback. Well, I would have the same sentiments as them but still, Tulip Fever is a nice movie. Tulip is my favorite flower and this film let me know how this flower was so important in the past. I just wish they've done better with the story and shown more tulips not just those grown at the convent.