Tunnel diode – semiconductor diode characterized by a small thickness of the pn junction, a very high concentration of dopants on both sides and a negative dynamic resistance for a certain range of polarizing voltages. It was invented in 1957 by the Japanese physicist Leo Esaki (hence sometimes it can be named Esaki diode). During research on semiconductor junctions he noticed their thus far unprecedented feature based on the tunnel phenomenon. This phenomenon causes charge carriers move through the narrow barrier layer at a very low voltage.

After supplying forward voltage, current in the diode increases faster than in a normal diode (herein, the tunnel effect has an essential role). Further voltage increase (from approx. 50 mV to approx. 350 mV) working conditions in the forward bias become less favorable and current decreases. In this regard, tunnel diode acts like a negative resistance, whereas after reaching the “valley point” diode current increases once again and its characteristics covers with characteristics of normal semiconductor diode. It is also worth to be noted that in case of tunnel diode there is no retaining action at reversing voltage.

Tunnel diode are usually made of Silicon Si, Gallium antimonide GaSb, Gallium arsenide GaAs while nowadays it is very rare to also use Germanium Ge. Its main advantages may include its relatively low sensitivity to temperature changes and radioactive radiation and short switching time.

Tunnel diode are used in high-speed action pulse systems (for example in the electronic logic circuits of calculating machines), mobile microwave equipment, signal broadband amplifiers and frequency generation systems with frequencies above 300 MHz. They are also used in the aerospace hardware and radar devices. 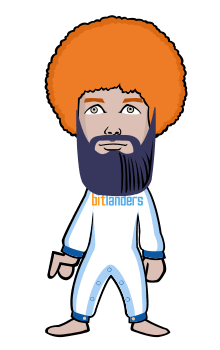 MY FIRST PROJECT IN ENGINEERING