Hello Everyone! Welcome to the Part 3 of my Favorite South Korean Girl Groups Blog. I will be sharing to you another 2 South Korean Groups and they are TWICE and AOA. Keep Scrolling to get some information about these groups. Hope you will enjoy!! 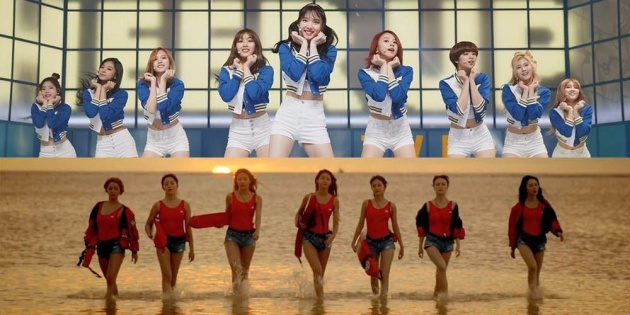 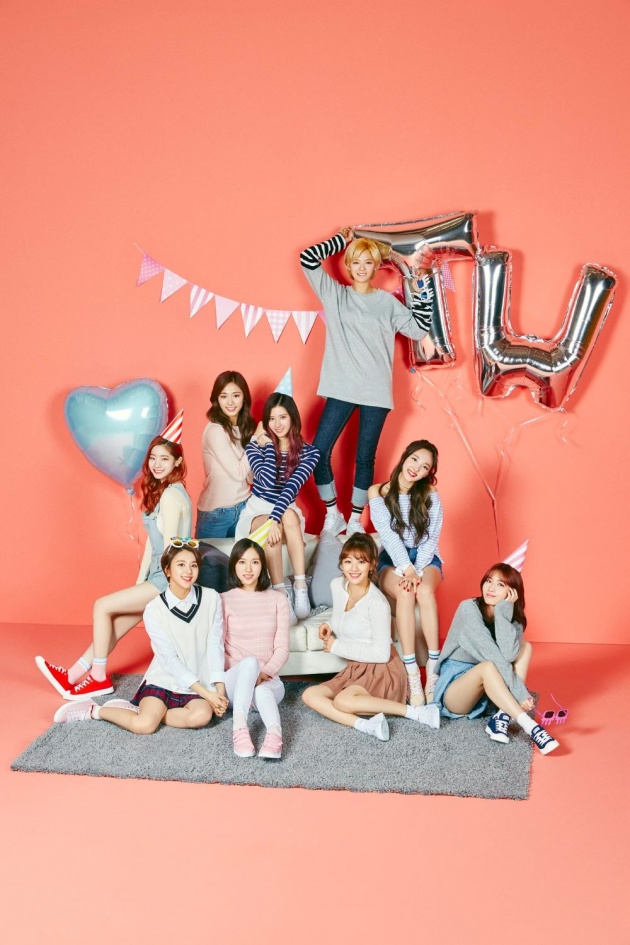 Twice is one of my Favorite South Korea Girl Groups. I've known them since 2015. When they debuted I was so shocked because I already saw some of them on GOT7's Music Videos and I was like they're so lucky because they had the chance to be with GOT7 and until i knew that they were trainees at that time with the same entertainment with GOT7 which is JYP Entertainment. Their latest Music Video is "Signal" watch it below! 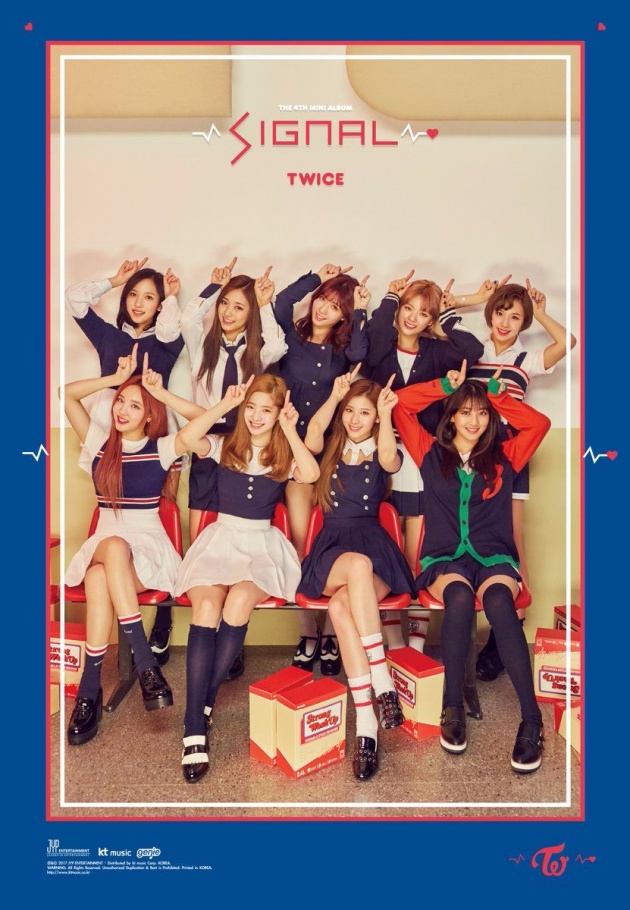 Twice is consist of 9 members namely: Tzuyu, Chaeyoung, Dahyun, Sana, Jeongyeon, Nayeon, Jihyo, Momo and Mina. They debuted on October 20, 2015 under JYP Entertainment. Now lets meet the members of this group below! 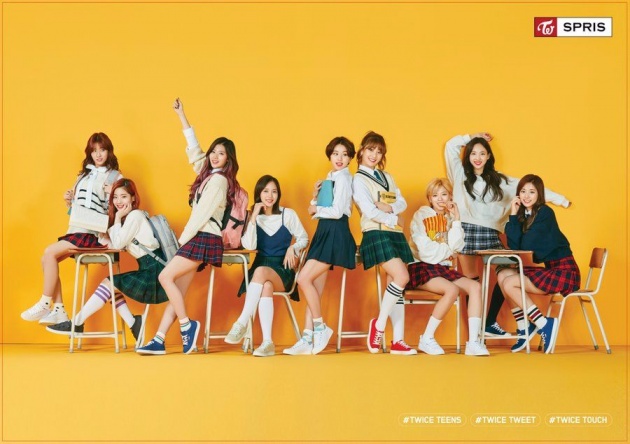 Park Ji Soo also known by her stage name "Jihyo". She is the Leader and a Main Vocalist in the Group. She is the TWICE member who trained the most and she trained for 10 years since she was at 3rd Grade. Jihyo was born on February 1, 1997. She was voted by the members and not by JYP himself. She appeared in MISS A's "Only You" Music Video (This is on my previews blog "2NE1, F(X) and MISS A: Some of My Favorite South Korean Girl Groups")

Im Na Yeon was born on September 22, 1995. She is the Lead Vocalist and the Face of the group or the Visual. She has a younger sister named Im Seo-Yeon. Nayeon was chosen for JYP's girl group named 6mix but they disbanded and never debuted. She was then the first member to be confirmed in Twice. Nayeon and Blackpink's Jisoo and Jennie are close friends. She appeared in many Music Videos like GOT7's "Girls Girls Girls", San E's "Please Don't Go", Jun.K's "Your Wedding" and many more.

Yoo Kyung Wan also known by her stage name "Jeongyeon". She is a Lead Vocalist in the group and was born on November 1, 1996. She is the younger sister of Gong Seungyeon, an Actress who starred in many dramas and appeared on We Got Married. She also appeared in GOT7's "Girls Girls Girls" Music Video and MISS A's "Only You".

Momo or Hirai Moo is the Main Dancer, Vocalist and a Rapper in the group. Momo was born on November 9, 1996 and is a Japanese. She also appeared in many Music Videos like GOT7's "Stop Stop It", Heechul's and Min Kyung Hoon's "Sweet Dream", and many more.

Sana or Minatozaki Sana is the Lead dancer and a Vocalist in the group. She was born on December 29, 1996 and is from Japan like Momo. Sana is an only child. She appeared in the Music Videos GOT7's "A" and Junho's "Feel".

Mina or Myoui Mina is a Lead Dancer and a Vocalist in the group. She is also Japanese like Momo and Sana. She was born on March 24, 1997. She is the member who had the shortest training period before debuting as a Twice member. She was born on San Antonio, Texas, United States and her family moved to Kobe, Japan when she was a toddler. She also appeared in many music videos while she was still a trainee like Wooyoung's "Rose" Japanese Music Video.

Kim Da Hyun is the Lead Rapper and a Vocalist in the Group. She was born on May 28, 1998. She and Chaeyoung are in charge of washing the dishes in their dorm. She also appeared on many music video's like GOT7's "Stop stop it" and Wooyoung's Japanese Music Video of "Rose".

Son Chae Young is the Main Rapper and a vocalist in the group. She was born on April 23, 1999. She is the shortest member in Twice. Chae Young and BlackPink's Chae Young also known as "Rose" are close friends. She also appeared on many music videos like the other members.

Choi Tzuyu is the Lead Dancer, Vocalist and a Visual in the group. She was born on June 14, 1999 which makes her the youngest of the Maknae of the group. She is a Taiwanese and her Korean name is "Joo Ja Yoo". She also appeared no many music videos like the rest of the members. 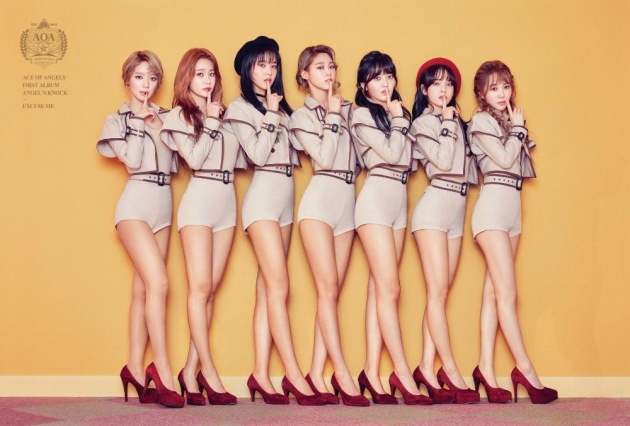 AOA is one of my Favorite Korean Girl Groups. I've known AOA because of Seolhyun. She was the Female Lead of the the Korean Drama entitled "Orange Marmalade" which i really liked. She starred in that drama with Yeo Jin Goo. My Favorite AOA song is "Heart Attack" watch the video below! 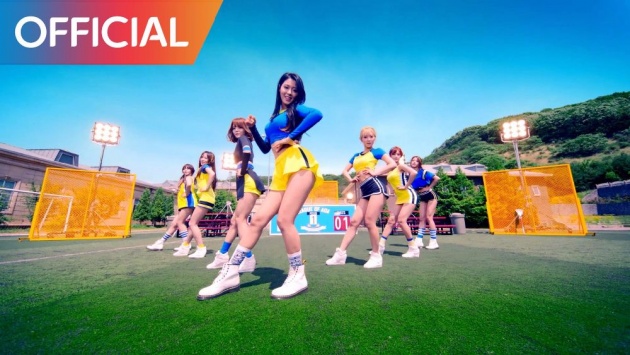 AOA is originally a group that is consist of 8 members namely: Choa, Jimin, Yuna, Chanmi, Hyejeong, Mina, Youkyung and Seolhyun but Youkyung and Choa left the group because of some circumstances. AOA stand for "Ace of Angels". They debuted on August 9, 2012 under FNC Entertainment. Now lets meet the members below! 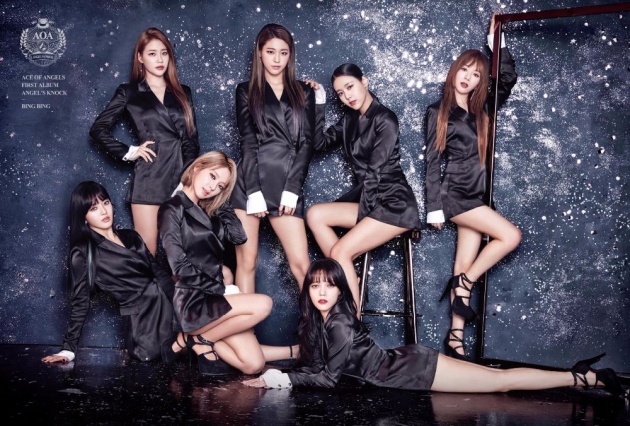 Shin Ji min is the Leader, Main Rapper and a Vocalist in the group. She was born on January 8, 1991. She is also a guitarist. on 2011, her mom gave her a guitar as a birthday gift and named it Mimi. She participated in the Show "Unpretty Rapstar Season 1" and won Fourth Place. She can play the guitar, harmonica and piano. Jimin went to Chinese Language school for 2 years. She also wrote the rap of their single "MOYA". Her angel name is "Jiminel".

Seo Yu Na is the Lead Vocalist and the Keyboardist in the group. She was born on December 30, 1992. Her younger sister Yu-Ru made her debut on 2014 with the group "Berry Good". Yu Na plays the piano since she was 7. She participated in some web-dramas and dramas like "My Old Friend" and "Single Wife".Her Angel name is "Yunaria".

Shin Hye Jeong is the Lead Vocalist and Visual in the group. She was born on August 10, 1993. She acted in the drama "Gentleman's Dignity" and "Cheongdam-dong Alice". She starred in FT Island's Music Video of "I Wish". Her Angel name is "Hyejeong Linus".

Kwon Min A is the rapper, vocalist and Bassist in the group. She was born on September 21, 1993. Her family is very supportive of her so they moved from Busan to Seoul to increase the possibility for her to become a singer. She appeared in the drama "Modern Farmer" on 2014. Her Angel name is "Minaring"

Kim Seol Hyun is the Lead Dancer, Vocalist and the face of the group. She was born on January 3, 1995. She filmed more than 15 commercials in 2016. She starred in FT Island's Music Video of "Severely". She acted in the drams "Seo-Young, My Daughter", "Ugly Alert" and "Orange Marmalade". Her Angel name is "Seolhyunari"

Kim Chan Mi is the Main Dancer, Lead Rapper, Vocalist in the group. She was born on June 19, 1996 which makes her the youngest or the Maknae in the group. She participated in the MBC Music's Idol Dance Battle D-Style and made it to the Final Round. She acted in the drama "Whats up with these Kids?" with VIXX's N and Hongbin on 2016. Her Angel name is "Chanmi T.T".

Park Cho Ah was the Main Vocalist and a guitarist in the group. She was born on March 6, 1990. Her parents doesn't want her to be a singer and opposed her dream but soon enough gave her the permission. Recently, she left AOA on June 22, 2017, explaining that she left because of her Insomnia and Depression. Her Angel name was "Choaya". 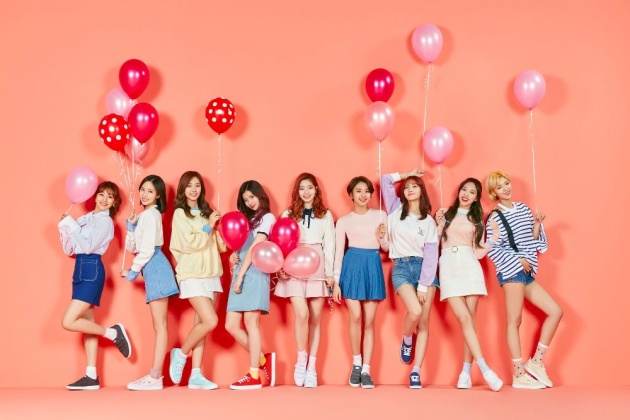 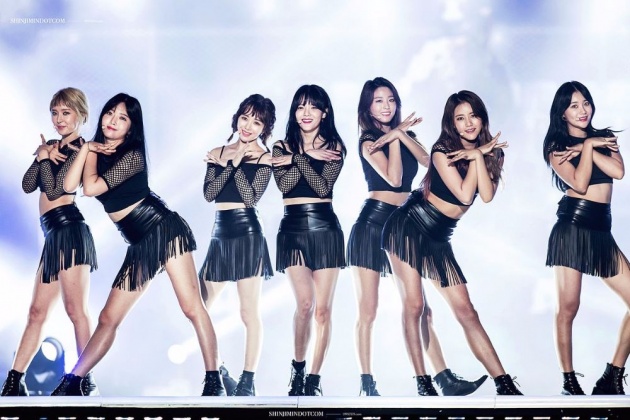 Check out my other blogs below! 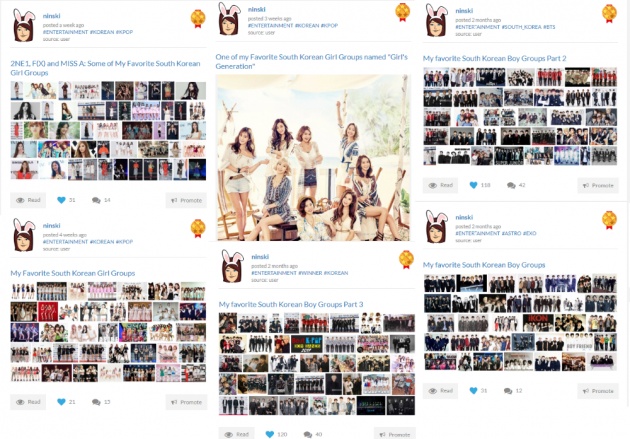 So this is where my blog ends, Thank you for reading and Stay tuned for more blogs about Korean Groups!

A grade 12 student who loves to travel, read books and watch movies.