This time i am going to talk about two israelis held in W.Bank. 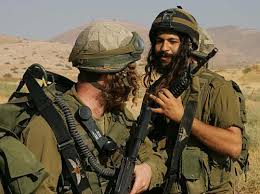 a Palestinian woman was hospitalised after being beaten with a stick and that two suspects — one of whom was a minor — had been detained.

Samri said several settlers attacked the woman’s family as they gathered olives in the village of Kfar Yassuf near the city of Nablus.The olive season is often marred by soaring tensions between the roughly 320,000 Israeli settlers and Palestinian farmers in the West Bank.There are fears that this year could be particularly acrimonious following a string of settler attacks on Palestinians.

One Palestinian farmer from Hebron told AFP that violence and intimidation by Israeli settlers had forced her to abandon the olive harvest for the past two years.

“We have just started harvesting and everything is going well. It warms my heart,” she told AFP.

There are some 10 million olive trees in the West Bank and the crop is a critical sector of the Palestinian economy, employing 100,000 workers and raising up to $100 million (70 million euros) each year. -AFP

My belief is that the construction of the wall has little to do with [the] security of Israel, accor…

What is the Israel/Palestine Prisoner Deal?

"Women of the Occupation" that simply should not be!

The state of occupation inthe MiddleEastisone story, while people suffer because they are pawns of i…