Umar Akmal clubbed the most astounding score of the Pakistan Super League, his 40-ball 93 controlling Lahore Qalandars to their first win of the season, against Quetta Gladiators in Dubai. The 63-run thrashing was Quetta's first of the competition, after they had set the early pace with three continuous wins.

Very few could have seen Akmal's impact coming when Lahore slithered to 62 for 1 in 10 overs. In any case, with Cameron Delport giving the starting sparkle and Akmal the completing punch, Lahore traveled to 194 for 3 toward the end of 20 overs. The pair included 95 keeps running in just 42 balls, with Delport smoking a 55-ball 73, an innings that highlighted eight fours and three sixes. In spite of the fact that the slaughter could have been stopped - Akmal survived a nearby lbw yell off the third ball he confronted and Zulfiqar Babar was unmistakably distressed when it was given not out.

Babar in the long run caught Delport lbw when the batsman endeavored an extreme opposite flick, yet any trust Quetta had of going away the runs were immediately dashed by Akmal, who treated himself to six fours and eight sixes, including 18 keeps running off the penultimate over, knocked down some pins by Umar Gul. Akmal couldn't achieve his lady T20 ton, however he ensured Quetta expected to score at almost 10 an over right from the off. They proved unable.

Lahore's spinners took wickets at standard interims and just Mohammad Nawaz (42) and Sarfraz Ahmed (31) offered any resistance. When Sarfraz was rejected in the thirteenth over, Quetta lost their next six wickets for 13 runs and collapsed for 131. Zafar Gohar was the pick of the bowlers, gathering 4 for 14, while Ajantha Mendis contributed with 3 for 17. 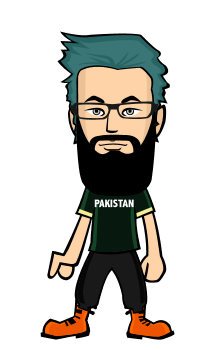