UN Global Goals' Paragon Partners GRBN with the Use of Querlo

Today, Querlo's innovative real time chat survey is now being used by GRBN to help, support and assist Paragon in realizing the UN Global Goals 17-Point plan for the planet we live in.

The above statement is true. "We can change the world." However, this can' be done with just one single institution or group or one person. This has to be done by the collaboration of different sectors coming together with one goal and that is for the betterment of the world that we are part of.

While reading on the site of GRBN which stands for Global Research Business Network, I can't help but look closely on why this is being done, who is behind it and what is the main reason of going into the specific actions. My questions had eventually been answered through the information on the web, the texts they had added, illustration and visuals presented and the slide shows being published in the internet.

In this blog, I am going to tackle on what and who are these organizations involved in this epic partnership. Then perhaps I will also be adding some information about the great Querlo idea. 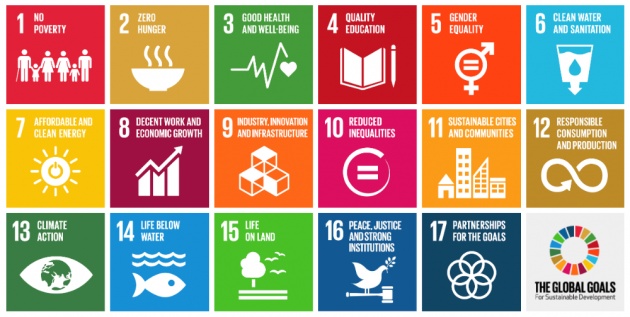 Let us have The Global Goals to start with since everything started with this organization based on my understanding.

As the famous song line by John Lenon that goes:

The Global Goals has been created when hundreds of dreamers, 193 to be exact had all agreed to the 17 goals for sustainable development. Indeed this sector had dreamed for an almost perfect world for the planet, for the future generation and for the coming years of the world.

As how every single goal can be achieved, the Global Goals at the same time would like that each and every human in this planet is aware of what these goals are and so everyone can be encouraged too to help in any way it may be. One thing which is very possible is the act of education. Educating the public and the entire world about this would be one step closer to reaching the goals.

But what are the 17 Goals anyway? Kindly check the video below:

Let me also check the three major goals from the 17 targets as below:

"Like slavery and apartheid, poverty is not natural. It is man-made and it can be overcome and eradicated by the actions of human beings. And overcoming poverty is not a gesture of charity. It is an act of justice. It is the protection of a fundamental human right, the right to dignity and a decent life. While poverty persists, there is no true freedom." - Nelson Mandela

Nelson Mandela has been an inspiration to most people because of how his perspective in life. I myself look up to him with that.

The target is to eradicate extreme poverty for all the people all over the world by 2030. These are the people who are living on less than $1.25 a day.

This is the number one target and that's to end poverty in all its forms everywhere.

I am thankful I lived in a free country, where I am free to choose what I believe in, who I am to marry, what education to take and so on. However, there are other countries from all around the world which thinks girls don't have a voice in the community.

The fight for inequalities focuses on giving each and every person their voice to be heard. Their own choices and their own decisions. It saddens me learning that while I was still working in the Middle East a few years ago, my lady colleagues are being forced to marriage. There were some who had been pressured to get married and a lot more. This is something that needs action.

“When the last tree has been cut down, the last fish caught, the last river poisoned, only then will we realize that one cannot eat money.” ― Native American Saying

Leonardo DiCaprio had seen the damage of climate change while filming one of the movies which had earned him an Oscar. The experience of seeing before his eyes the effects of climate change had instilled something in his heart that he must act and educate the entire world to do something about it before its too late.

One of the bloggers here in bitLanders, Jikz had made a blog about this venture by the Hollywood actor. I am attaching a link below about this article:

So some of the targets for these are to integrate climate change measures into national policies, strategies and planning as well as improve the education and raise awareness to the entire world. If each and every well being is well informed about the effects of climate change, everyone will do his own ways to help the earth lessen it at least. 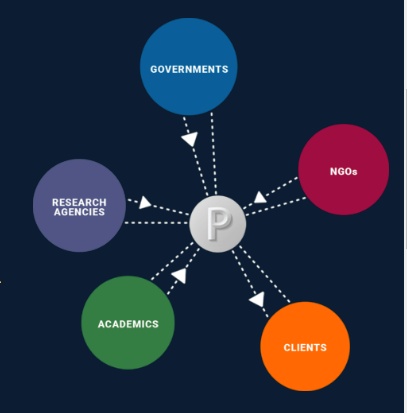 Paragon is a Unilever initiated partnership for a cause. As per their website:

Paragon was created to infuse insights that will help to tackle the 17-point plan of the UN Global Goals - end poverty, combat climate change, and fight injustice and inequality around the world.

There's no mountain too high if groups become one in attaining a target. Institutions, organizations and other groups, if they all come together and be one, every goal or target will be reached and that is what Paragon Initiative is aiming for.

The team is made of clients, research agencies, academics, NGOs and government partners, all with one vision which is to help achieve the UN Global Goals. With this Paragon had partnered with GRBN to make enhance the efficiency of their research. Global Research Business Network paved a way for Paragon Initiatives to enable Governments, Academics, UN and NGOs around the world and join this cause of achieving the targets of the United Nations' Global Goals.

With GRBN applying their expertise, they will be able to create a global database of research companies willing to help Governments, Academics and NGOs tackle the UN Global Goals. GRBN’s mission is to promote and advance the business of research by developing and supporting strong autonomous national research associations.

As of this writing, GRBN has raised the bar for themselves by setting up a 100 day challenge of being able to encourage their members to sign up and join the research through the use of Querlo.

Querlo: A Medium for Research

With the innovative Querlo which makes use of real time survey with a human touch, the research and survey which will aid in the achievement of Paragon and UN Global Goals is close at hand. It can be said that it is attainable, within the reach of the organization.

I had been interacting with Querlo for months now with it being a simple chat survey to it becoming better and now as being used to gather data from all over the world and help Paragon to achieve the goals of the UN Global Goals.

I only hope for nothing but the best in terms of the goals set up by Paragon and UN Global Goals for sustainable development.