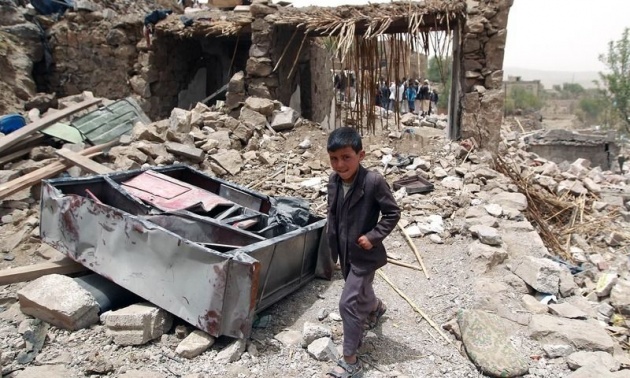 UNITED NATIONS: The United Nations called upon international community on Friday to urgently provide $273.7 million to meet the life-saving and protection needs of 7.5 million people affected by the escalating conflict in Yemen.

“The devastating conflict in Yemen takes place against the backdrop of an existing humanitarian crisis that was already one of the largest and most complex in the world,” said the Humanitarian Coordinator, Johannes Van Der Klaauw.

“Thousands of families have now fled their homes as a result of the fighting and air strikes. Ordinary families are struggling to access health care, water, food and fuel — basic requirements for their survival.”

The conflict is taking a significant toll on civilians: 731 people were killed and 2,754 injured from March 19 to April 12, including a large number of civilians; the number of food insecure people has increased from 10.6m to 12m; at least 150,000 people have been displaced; food prices have risen by more than 40 per cent in some locations; and fuel prices have quadrupled. Lack of fuel and electricity has triggered a breakdown in basic water and sanitation services.

Inside Yemen's 'forgotten war' The BBC's Gabriel Gatehouse has just returned from Yemen, where he h…

What Would Michael Do?

Discreet but proud: the Armenians of Istanbul