This time i am going to talk about ISIL attack.

GENEVA/MURSITPINAR: Thousands of people most likely will be massacred if Kobani falls to Islamic State fighters, a U.N. envoy said on Friday, as militants fought deeper into the besieged Syrian Kurdish town in full view of Turkish tanks that have done nothing to intervene. U.N. envoy Staffan de Mistura said Kobani ould suffer the same fate as the Bosnian town of Srebrenica, where 8,000 Muslims were murdered by Serbs in 1995, Europe’s worst atrocity since World War Two, while U.N. peacekeepers failed to protect them.

“If this falls, the 700, plus perhaps the 12,000 people, apart from the fighters, will be most likely massacred,” de Mistura said. The United Nations believes 700 mainly elderly civilians are trapped in the town itself and 12,000 have left the center but not made it across the border into Turkey. “Do you remember Srebrenica? We do. We never forgot and probably we never forgave ourselves,” said de Mistura, the U.N. peace envoy for Syria “When there is an imminent threat to civilians, we cannot, we should not, be silent.” 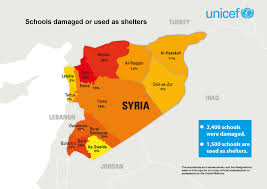 The plight of mainly Kurdish Kobani has unleashed the worst street violence in years in Turkey, which has 15 million Kurds of its own. Turkish Kurds have risen up since Tuesday against President Tayyip Erdogan’s government, which they accuse of allowing their kin to be slaughtered. At least 33 people have been killed in three days of riots across the mainly Kurdish southeast, including two police officers shot dead in an apparent attempt to assassinate a police chief. The police chief was wounded.

Intense fighting between Islamic State fighters and outgunned Kurdish forces in the streets of Kobani could be heard from across the border. Warplanes roared overhead and the western edge of town was hit by an air strike, apparently by U.S.-led coalition jets. But even as the United States has increased its bombing of Islamic State targets in the area, it has acknowledged that its air support is unlikely to be enough to save the city from falling- Reuters

Lets see what will happens to it next.