Imagine creating one of National Geographic’s 25 Wonders of the World before you reach the age of 40. It is definitely a dream after I came across this fascinating individual that some of you may know considering his work was featured in practically every magazine in the world including Forbes, Time, Wired, El Pais, BBC, Courier, Venu, Reader’s Digest, Focus, and these are to name a few. 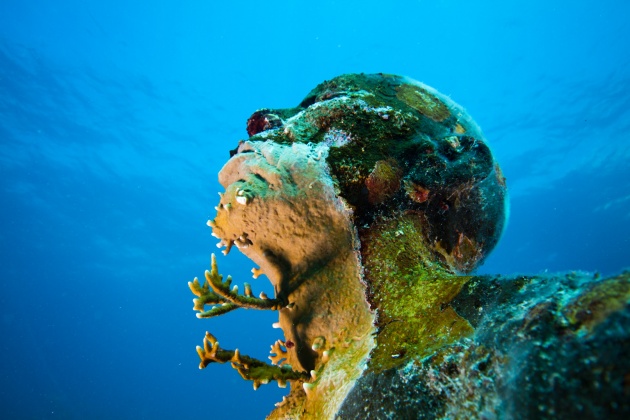 This legendary artist goes by the name of Jason deCaires Taylor. He was born to an English father and Guyanese mother in Europe while spending majority of his early childhood in Malaysia, exploring the coral reefs.

From this first little tidbit into Taylor’s background, life underwater was surely in his blood; He also graduated from a London Institute of Arts with a BA Honours in Sculpture. These two factors coupled with becoming a certified diving instructor and you knew he was destined for greatness. 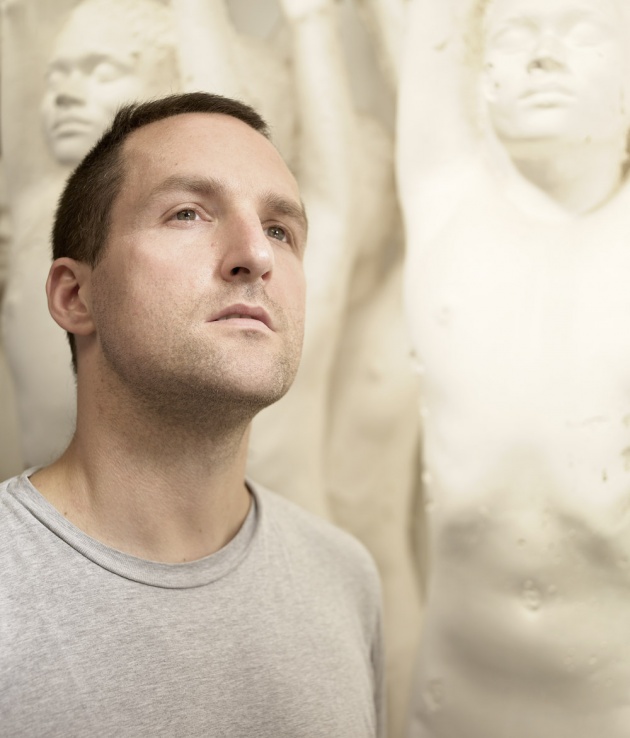 This man is a true legend and an inspiration for possibly all artists in the world and I, of course. Taylor founded and created the world’s first underwater sculpture park in 2006 in the West Indies off the coast of Grenada.

What makes his sculptures truly a work of a genius is the functional component where the statues have become a component of nature with living breathing coral reefs. These statues should be on everyone’s bucket list if not immediate plans for your next vacation. 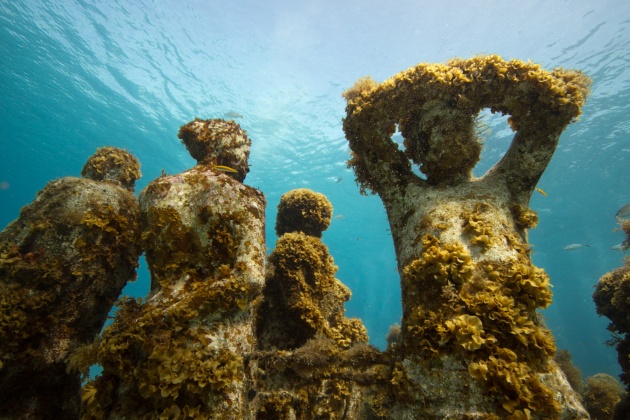 Taylor produced a very unique environment and wonder indeed that continues to change with the environment of the ocean; he united art with literally life, as we know it.

I find these sculptures extraordinary. They take the shape of human beings who appear frozen in time, similar to the Terracotta Warriors with the human form; however, each of Taylor’s sculptures is unique, possessing its own identity as each human being on Earth. 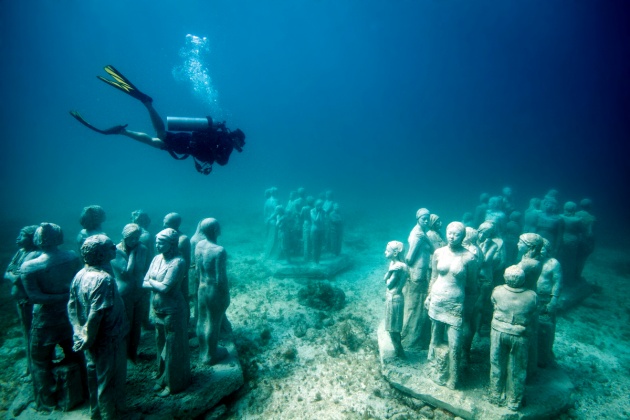 What’s also really cool is that Taylor’s statues exemplify the ability for human beings to coexist with our planet where the coral reefs live and breath according to the shape of the sculpture.

Taylor’s work is truly a wonder of the world and I am completely drawn to one day, hopefully in the near future, see his fascinating work of art.