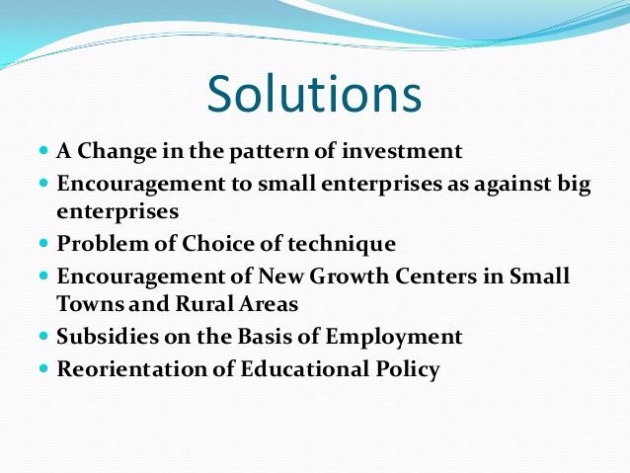 Unemployment levels are increasing dramatically in many parts of the world. Why is this, and can it be avoided? The permanently unemployed have no income, and many choose the alternative of income by crime. Would you rather live in a country with no unemployment? Here is a sure way to eliminate unemployment!!

Unemployment is an unbalance between the supply and the demand of working hours.

We all know that the efficiency of all types of machines is increasing yearly. We need fewer people to produce the same goods. Work time has been reduced in the past 200 years from about 12 hours a day to less than 8 hours per day and the working week from 7 days to 5.

The main reason for the high level of unemployment is technological progress. Don't get me wrong; progress is good and it makes life easier. But if every year we produce the same amount of goods with fewer people -- in a few years far less working hours are needed to produce all the goods that are required. The historical trend has been to use less and less working hours per week. If we donot continue this trend, the supply of working hours is greater than the demand. We also know that what is abundant has low value, so an oversupply of working hours means they are worth less, wages and salaries get reduced. Also many persons are out of work; their working hours are no longer needed. Those that are out of work have no income and therefore the demand for goods goes down. With fewer sales, less gets produced, more persons are laid off. This is a vicious circle that accelerates unemployment and produces crime; because some will turn to crime to obtain income.
The way to stop this and have everybody working, is to continue the historical trend; is to distribute the available work between all persons that want to work. This we can do if each person works fewer hours per week. If there is, say, 9% unemployment, this level should be 9% less hours per week, than what is worked at present.
Also, the Government could level a tax on overtime, be it paid or voluntary, and on hours worked above a certain level per week.

Would the enterprises agree to this? By paying no overtime, the labor costs are lower. By having an increased demand for goods, sales and production would be higher. By working many shifts per day, seven days a week, the machines would work always and investment would be lower. Certainly costs would be lower and profits higher.

Investment:
The life of a machine and related amortization costs, are related to the amount of time the machine was running. Or said differently, they are related to the amount of parts produced. After a certain amount of parts, the machine has to be replaced.
If you are running three shifts instead of one, you need about on third the amount of machines (for the same daily production). So with equal profits per part, your investment costs and interest on investment is about one third.
It is true, that after making a certain amount of parts the machine has to be replaced (Working three shifts, it has to be replaced in one third the time). But when the machine has produced all the parts it can, its replacement cost is covered by the profits obtained for the amount of parts produced. Monthly profits per machine are three times higher; replacement costs per machine are also three times higher.
Since replacement costs are only a part of the profits, net profits are higher.
Would the people agree to this? Working night hours and weekend hours is not pleasant. But by working fewer hours per week, more hours are available to be with the family, for entertainment, sports and hobbies. Wages and salaries would be higher since there would be no oversupply of working hours. In summary, finally everybody could reap the benefits of technological progress and have more free time.

But what happens to the salary of the persons that work less hours, so that the unemployed can find work?
At first, they receive a lower salary, since they work less hours. But as a result of working less hours, there is a shortage of available persons. So the enterprises have to raise salaries to get the personnel they need. Historically, this raise is much higher than the loss due to working less hours per week.
Some say that by increasing exports we can generate a greater need for working hours. If increased exports are balanced by increased imports, nothing is gained. Hours gained by exports are lost by imports that replace local products.
If exports are not balanced, a local oversupply of foreign currency results, changing the currency relations in the long run, which in turn balances the value of exports with imports.
Some say, create more jobs by creating new products. But people can only buy new products if they have money, and to have more money there must be low unemployment and high salaries.
So you see, these "solutions" do not help in the long run.