President Obama said in an Oval Office statement Thursday morning that it was possible that the attacks in San Bernardino were terrorist-related, but he said it was also possible they were work-related. At this stage, he said, law enforcement still does not know why this “terrible event occurred.”

The F.B.I. has investigated thousands of Muslims for potential ties to terrorists in the years since the attacks on Sept. 11, 2001, many of whom were never linked to any crimes. The details about Mr. Farook that have emerged, including the arsenal he and his wife had that indicated a preparedness to commit violence on a large scale, have prompted investigators to look deeper into whether he had connections to militants or extremist ideology.

Mr. Farook was a United States citizen, born in Illinois to Pakistani immigrant parents. Family members said he had been an observant Sunni Muslim, and on a dating website several years ago, he listed Urdu as his mother tongue. He had gone to Saudi Arabia multiple times, including a 2013 trip for the annual hajj, the trip to Mecca that all Muslims are expected to complete at least once, federal officials said.

Mr. Bowdich said that Mr. Farook visited Pakistan last year, and that the couple entered the United States in July 2014, with Ms. Malik traveling on a Pakistani passport. Another federal official said Mr. Farook traveled alone to Saudi Arabia and returned with his future wife, the pair flying on July 27 from Jidda to Chicago, with a stop in London. 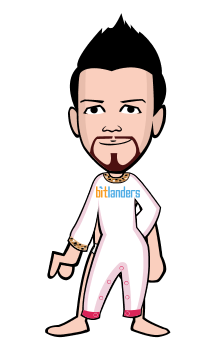 This time i am going to talk about the action of UK police against Islamic militants. LONDON: Briti…

US bombs in Baghdad for first time;

Afghanistan "A Ground of Wars"

Yemenis probably the most underrated country on the planet. Few people can locate it on a map, and e…

Part one; Peshawar the center of Khyber pashtonkhowa state of Pakistan country which called the cent…