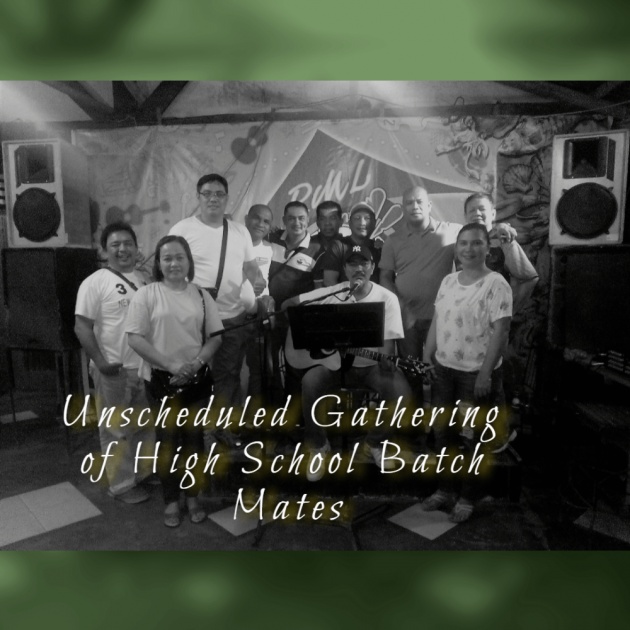 Hello, Bitlanders. This is another storytelling post which I did not plan at all. However, I thought I will share a little about our instant and unscheduled gathering last night.

It was about 5 in the afternoon. I was riding my motorbike on my way to my client yesterday. I was planning to drop by the Globe Telecom’s office at Robinson’s Place to ask for an application form.

Another motorbike crossed my path and the driver stopped ahead of me and he waved at me to stop as well. At first, I did not recognize him. Then I realized later that the driver was one of my high school batch mates.

He told me that a couple of our batchmates who works away from our city is in town. One of them works as a nurse in the U.S.

It’s a rare moment to get the two together actually. They rarely come home since college, and we hardly saw them after our high school graduation. So I thought I’d cancel my appointment with my client and I went to meet them instead.

There were a few of them gathered already having some coffee. Back in high school, we were more than a hundred in our batch. I can hardly remember a third of the names of all our batch mates.

We exchanged some stories, talked about our other batch mates, just catching up with our pasts. 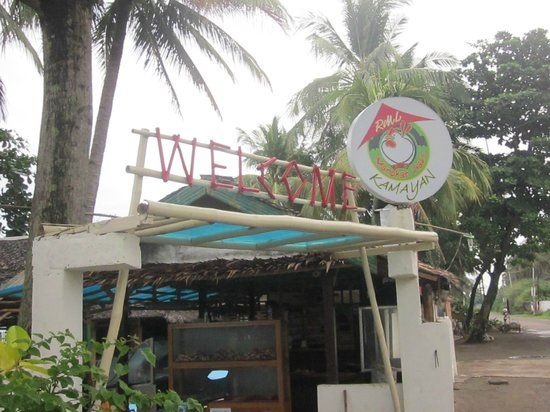 RML Manokan is one of the well known local restaurants. RML Manokan is known for their chicken barbecue, which they prepare in quite a unique way. Their barbecue is quite distinct when compared to others. Of course they also server other menus like, fish, oysters, and other kinds of seafood. Usually, they will cook the food after you have ordered them.  Either, they grill them or make a soup, whichever the customer likes. 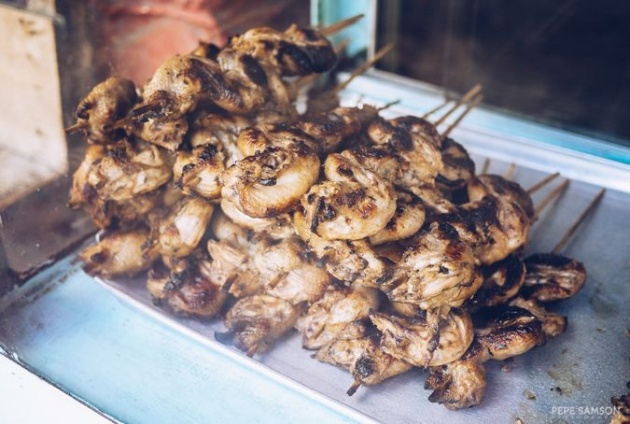 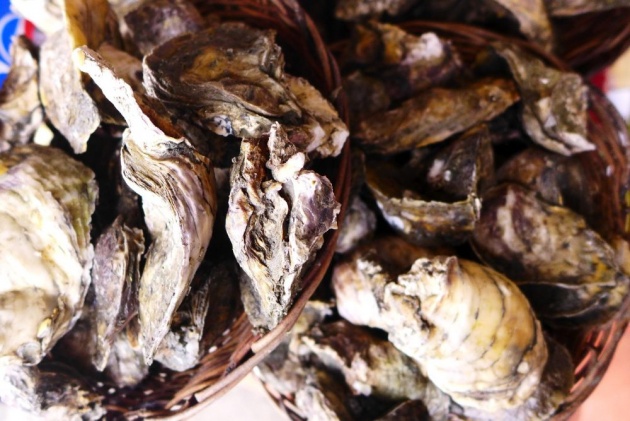 Oyster is one of the main delicacies of Roxas City. 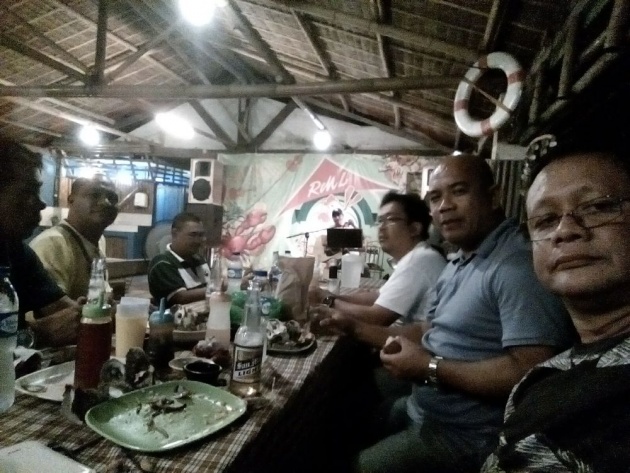 When I got there, some already had their orders of chicken barbecue, and a plate of oysters. While waiting for mine, I had some of the oysters. Since it's Thursday, they don't have many customers yet. 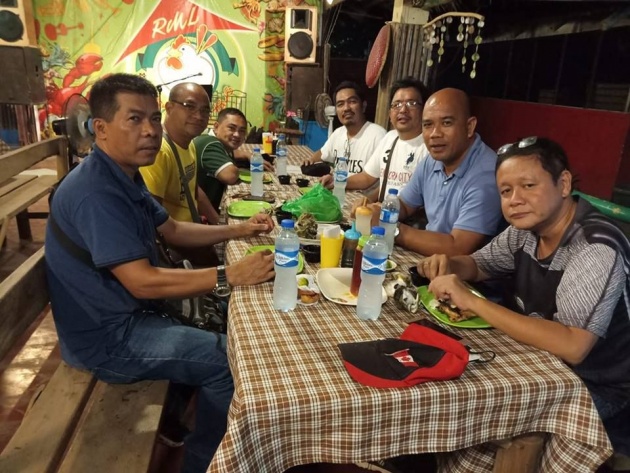 After a while, RML’s resident musician, who is one of our batchmates arrived. He played some acoustic music from the 80’s while we were having our dinner. 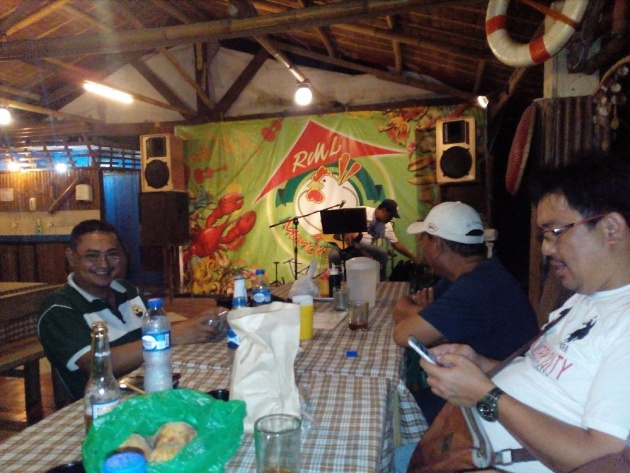 Jing, preparing to start his gig.

We had a few drinks afterward, while we continued to exchange stories about our lives, families and the likes. We had some pictures taken from time to time and planned for our batch’s reunion in three years time. 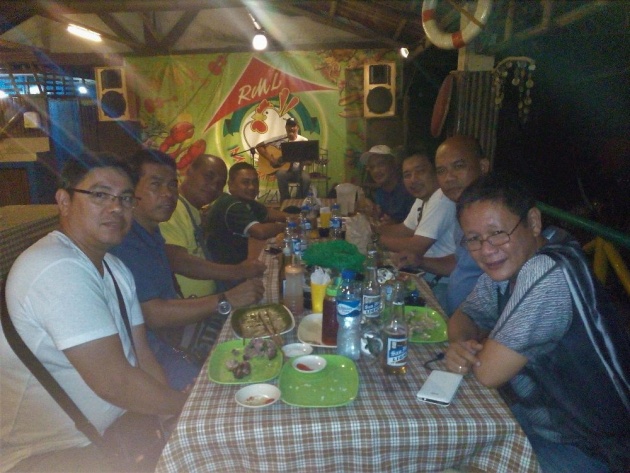 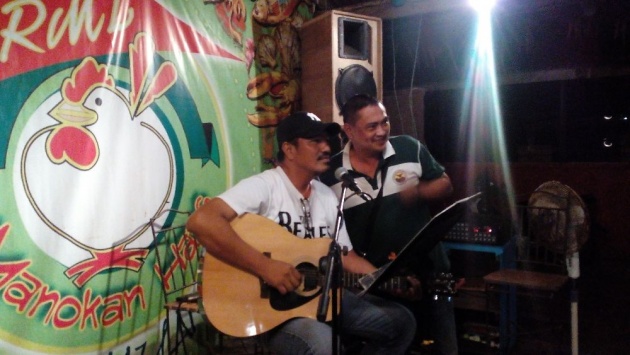 It was good to see them again after so many years. It was indeed a rare moment to catch up with each other’s stories. Then again, there was still only a handful of us. Since it was unscheduled, some of our batchmates were not available. Hopefully, we would see more of our high school batchmates during our coming reunion.

Before we left we had a group picture with the resident musician. 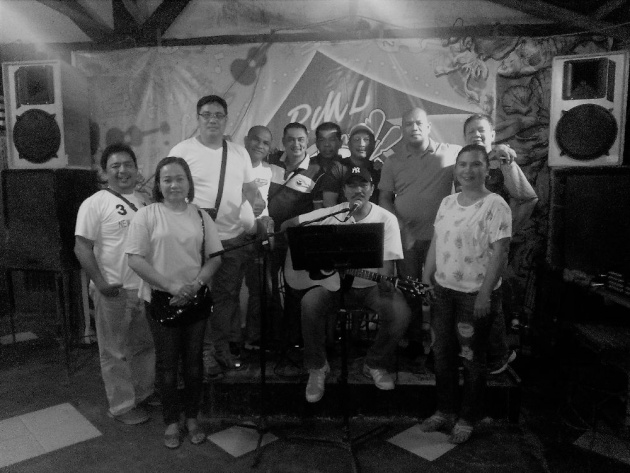 This is it for now. I know this is quite short but I just thought I’d post this one while I am composing my movie review.

I hope I did not bore you with this one.

John Reynold Loberiza (a.k.a @artbytes) is a freelance graphic artist, web developer, and blogger. He is also a licensed Financial Adviser under Insular Life.
The content of this blog post is the author's original work. Proper credit is always given to the respective sources of information and images. Please feel free to check out my other blog posts: http://www.bitlanders.com/Artbytes/blog_post

If you have any reactions or inquiries regarding the subject of this post, please write it in the comment or send the author a private message.
For more information or questions you can also:

If you are not a member of Bitlanders yet and you are a content creator- a writer, blogger, photographer, an artist or a hobbyist, you can earn from your creations (blog posts, photos, artworks, or videos) by uploading them in Bitlanders.
You can join Bitlanders by clicking this link-> http://bit.ly/Join_bitlanders

Once, when Billy Graham was driving through a small southern town, a policeman stopped him because o…

How To Make Simit At Your Home?

To dont depend on them anymore, just learn how to make this delicious circular bread at home. Recip…

Those who love Italy, also loves Italian cuisine. But what's so special about the Italian kitchen? W…