UNSG in Serbia-Looking Forward or Past? (Photo Gallery) 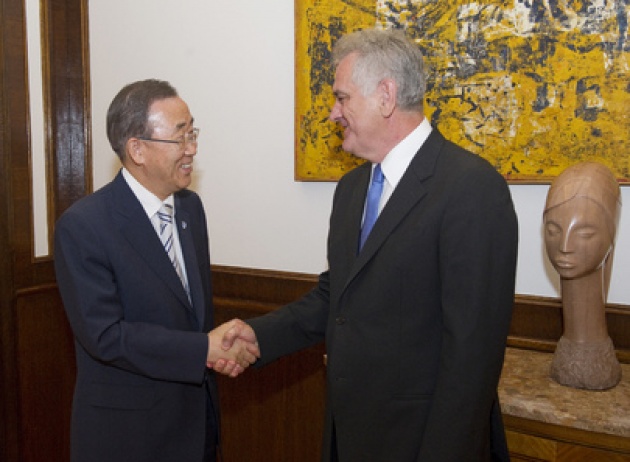 UNSG Ban Ki-moon continued his tour of SE Europe with a stop in Belgrade. The UN”s relationship with Serbia continues to be complex in large part due to the unsettled situation of Kosovo. The United Nations continues to maintain a mission to Kosovo (UNMIK) – Some see such mission as leading to the recognition of Kosovo’s independence at and admission to the United Nations, while in Belgrade there is steadfast resistance. See our Film for Blog: “FM Jeremic Speaks on Kosovo before UN Security Council” UN Photo Below - Secretary-General Ban Ki-moon (fourth from left, at table) meets with Tomislav Nikolić (fourth from right), President of the Republic of Serbia. 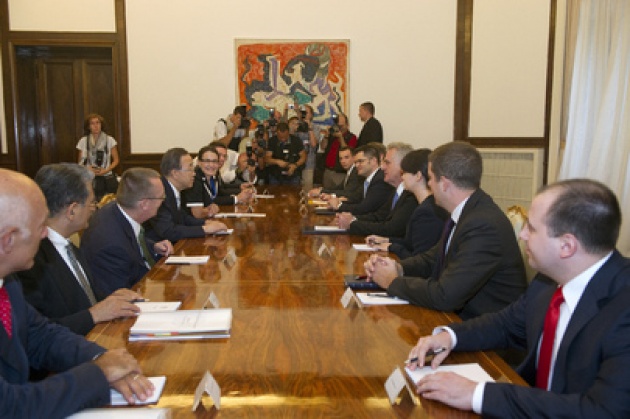 The election of Tomislav Nikolic as Serbia’s President also reminds of the recent past and continuing ambivalence of Belgrade in Bosnia & Herzegovina’s striving for normalcy. Serbia itself also seems too frequently consumed by the politics of the past. Top UN Photo - Secretary-General Ban Ki-moon (left) meets with Tomislav Nikolić, President of the Republic of Serbia. 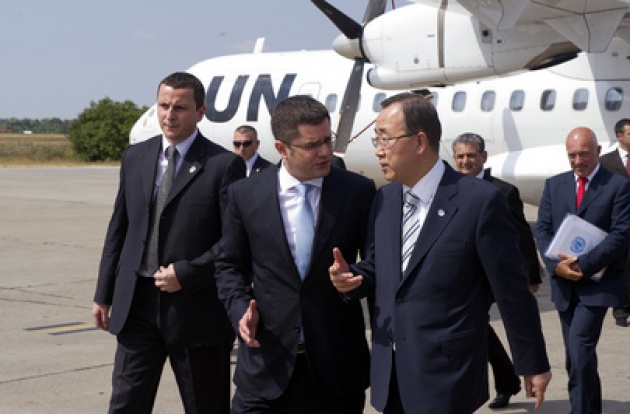 Ironically perhaps, Serbia’s current Foreign Minister has been elected and this next session will assume the role of UN General Assembly President as the globe faces a rash of civil conflicts and genocides, from Syria to Darfur. Above UN Photo - Secretary-General Ban Ki-moon (centre right) is welcomed by Vuk Jeremić (centre left), Minister for Foreign Affairs of the Republic of Serbia, on his arrival in Belgrade. See our Report: ”Will Serbia Foreign Minister’s Election as UN General Assembly President Deliver Change” 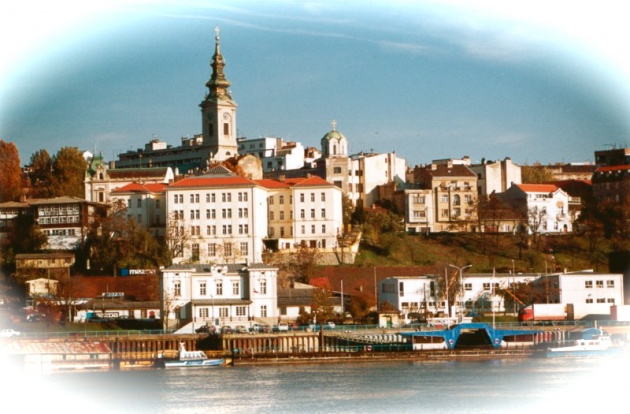