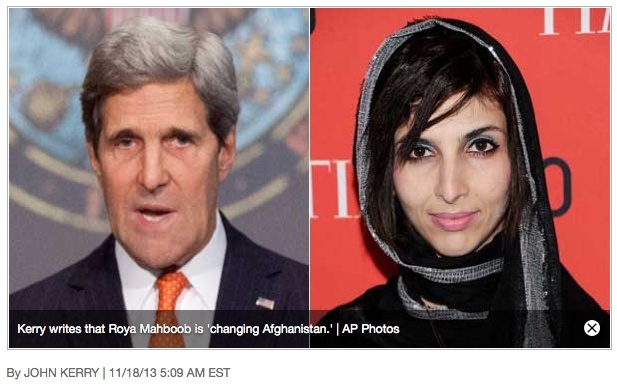 I love successful stories, and I love them even more when they come from an underdog. Women in Afghanistan are the underdog, but the situation is changing quickly, as centuries of bigotry and discrimination are starting to crumble before the eyes of the Afghan people and the International Community. After the fall of the Taliban radicals at the end of 2001, Afghan women didn't immediately benefit from the change in regime. The degree of violence and repression they experienced during Taliban control was so rooted, it took a while for them to find the courage to stand up for their rights. Now Afghan girls represent more than a third of the total number of students in Afghanistan, and are emerging as legit contributors to this country's future. Because of this, the Afghanistan literacy rate has increased steadily, propelling the young generation of Afghans to new horizons of education and economic growth. 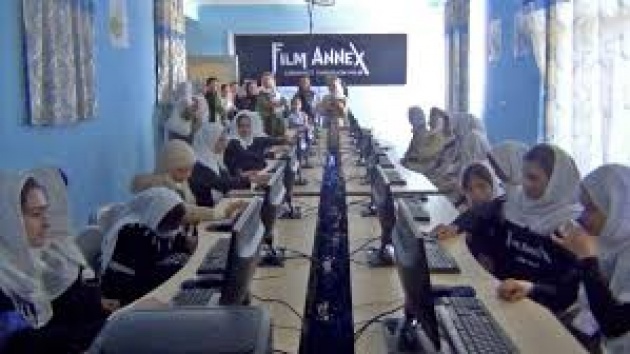 Although it will take a while before Afghan women can reach gender equality and financial independence, Afghanistan society is slowly opening to women empowerment. Domestic violence, arranged marriages and honor killings continue to plague the lives of many women in Afghanistan, but development and justice are slowly reaching all the corners of this country. True, many steps still need to be made before we can fully report the end of female abuse and repression in Afghanistan - some women aren't even allowed to step outside their homes - but at least we can see some improvements... all rooted in education. Domestic partnerships with the government are building schools in Afghanistan, Afghanistan schools for girls are operating on a larger scale, and the Afghan education system is receiving help from foreigner organizations interested to improve the academic skills - and productivity - of the young Afghan population. Film Annex is one of them. 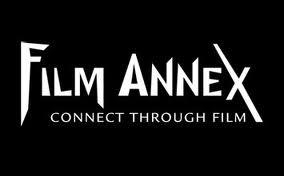 Film Annex is a digital platform used by independent filmmakers to showcase their work worldwide. More importantly, Film Annex is building Internet classrooms in schools all over Herat, the third largest city in Afghanistan. So far, ten schools have been affected, with about 40,000 students now able to connect to the cyberspace. This is a big deal. It doesn't mean just adding one class to their curriculum. It means creating additional job opportunities. It means opening doors that would have remained closed. It means providing these kids with the tools to create relationships with people all over the world. And it means increasing their chances to develop their own businesses, and secure the professions they want for themselves. Every student involved is taking advantage of what the project has to offer, especially the girls. To this purpose, Film Annex's main goal is to promote female empowerment in a region where, if you happen to be a woman, you don't have many options other than doing what men tell you to do. 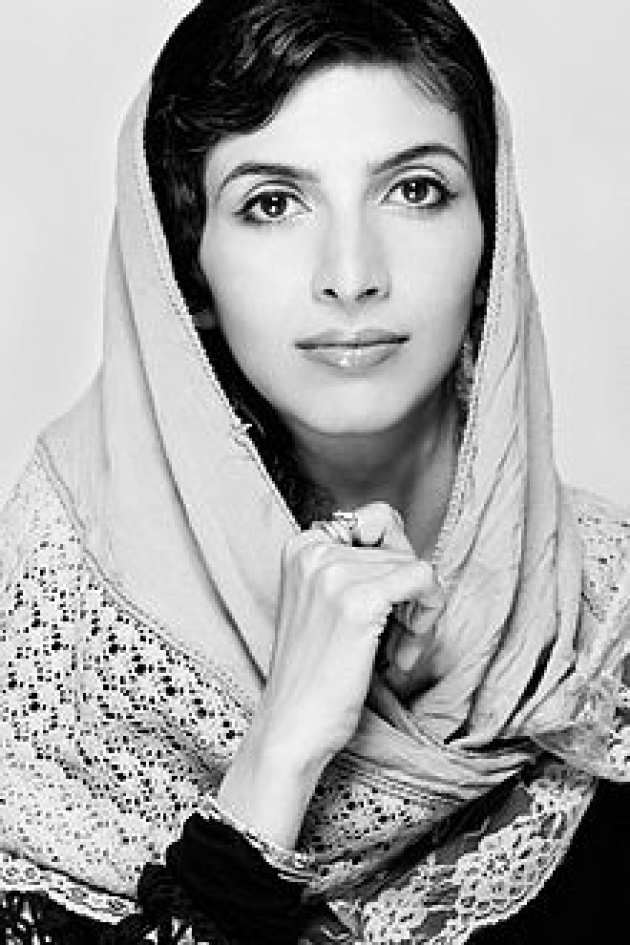 Great part of the success of Film Annex's "Afghan Development Project" is due to its partnership with the Afghan Citadel Software Company, a software development firm operating in Herat. Roya Mahboob - CEO and Founder of Citadel - and Francesco Rulli - CEO and Founder of Film Annex - work tirelessly to provide these Afghan students with computers, Internet connection and educational curriculum. It's a collaboration that is inspiring countless people around the globe. Roya Mahboob is an inspiring story herself. In a world where women are treated like second class citizens, and deprived of many fundamental rights, Roya is a rare encounter: a female entrepreneur in a position of power. Despite holding a higher education, she constantly deals with skeptical men who never miss an opportunity to test her ability to conduct business. This constant need to prove herself has motivated Roya to work even harder not only for her own independence, but also for the autonomy of every woman in her country. 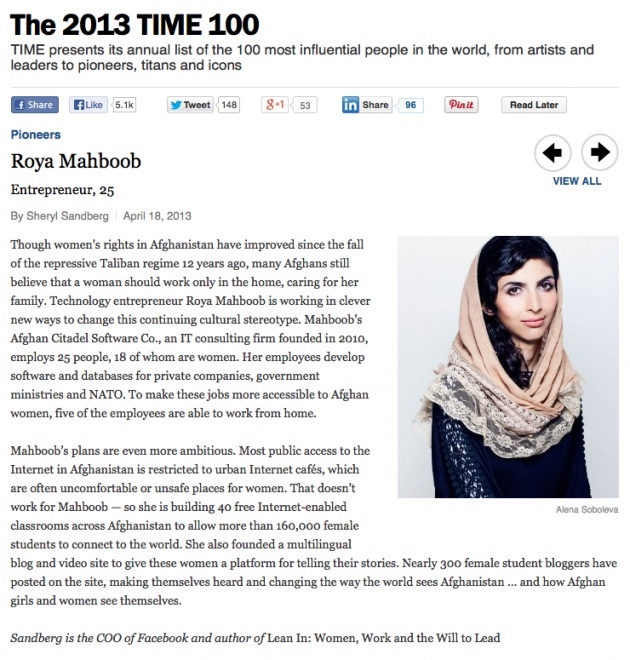 Roya Mahboob didn't take much to win the trust and admiration of Francesco Rulli, as her professional drive and work ethic speak to themselves. On his last article, Mr. Rulli doesn't shy away from expressing his gratitude and appreciation for the opportunity to work with such an inspiring entrepreneur. However, he is not the only one who has had this chance. The type of support Roya Mahboob has received during the past few months has been overwhelming. Earlier this year, after being named one of Time Magazine 100 Most Influential People in the world, Roya received a visit by John Kerry on his first trip to Afghanistan as a US Secretary of State. 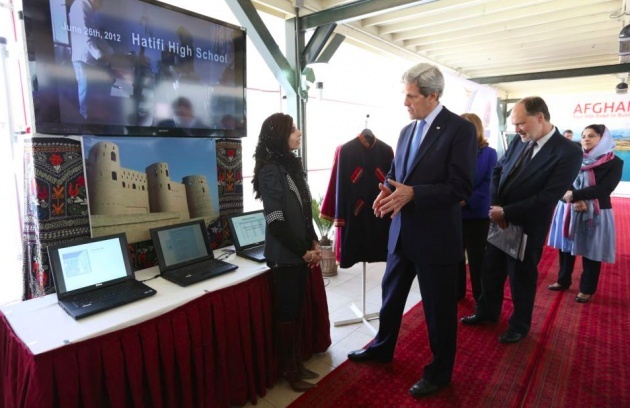 Despite having a full agenda, he met with Roya to show his support for her vision. To confirm how significant that meeting was, John Kerry recently wrote an article about Roya, recognizing the importance of her leadership in a country that needs leaders more than ever. In Kerry's words: "I come back time and again to one meeting with a remarkable woman — a woman you may have never heard of — who very well may represent a force of her own that could hold in the balance Afghanistan’s long-term future." Kerry understood that the only winning strategy for a successful Afghanistan economy is "investing in the education of Afghan girls so they can break the cycle of poverty and become leaders in business and politics." 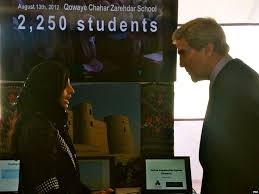 We are only 13 months away from the end of 2014, and everybody is wondering what Afghanistan will look like once US troops leave the country. Afghan women are more anxious than ever, because they fear a return of the Taliban and their policies of terror. John Kerry's investment in Afghan women is paramount for a peaceful transition between the current coalition and an all-based Afghan government. The possibility of locating more women in a position of power means better chances that the past won't repeat itself. 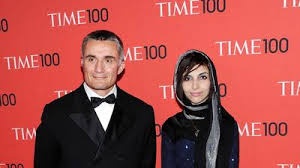 I met Roya Mahboob at a dinner table, along with my mentor Francesco Rulli. I vividly remember her penetrating glance, and a firm eagerness to be a successful entrepreneur, despite all the odds that her country constantly builds around her determination. I feel fortunate I had the opportunity to speak to her in person, and the chance to feel the pioneering force Mr. Kerry was talking about. Roya Mahboob is becoming an icon for female empowerment, and symbolizes the future of Afghanistan: young, determinate, and hungry for a change. 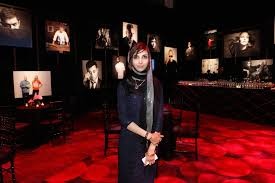 If you have missed my previous article about Roya Mahboob, please refer to the following, and feel free to comment and share on your social media network. :-)