The U.S. ecology is megadiverse: about 17,000 species of vascular plants occur in the contiguous United States and Alaska, and over 1,800 species of flowering plants are found in Hawaii, few of which occur on the mainland. The United States is home to 428 mammal species, 784 bird species, 311 reptile species, and 295 amphibian species.About 91,000 insect species have been described. The bald eagle is both the national bird andnational animal of the United States, and is an enduring symbol of the country itself.

There are 58 national parks and hundreds of other federally managed parks, forests, andwilderness areas Altogether, the government owns about 28% of the country's land area. Most of this is protected, though some is leased for oil and gas drilling, mining, logging, or cattle ranching; about .86% is used for military purposes.

Environmental issues have been on the national agenda since 1970. Environmental controversies include debates on oil and nuclear energy, dealing with air and water pollution, the economic costs of protecting wildlife, logging and deforestation, and international responses to global warming. Many federal and state agencies are involved. The most prominent is the Environmental Protection Agency (EPA), created by presidential order in 1970. The idea of wilderness has shaped the management of public lands since 1964, with the Wilderness Act. The Endangered Species Act of 1973 is intended to protect threatened and endangered species and their habitats, which are monitored by the United States Fish and Wildlife Service. 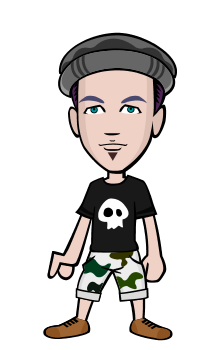 I am A Student of University in Software Engennring Department, I have Good Know How About Sites . Iam Also a Web Designer Graphic Designer and iam Also Learning Advance ACCP-Pro in Aptech Computer Education .