Now we all have our favorite movies that we love to watch. One of my all-time greatest movies is definitely V for Vendetta; I can watch this diamond of a film over and over again incessantly, honestly that’s how much I love it.

If you haven’t heard of this splendid film before, the plot revolves around a mysterious freedom fighter that goes by the name, “V” played by Hugo Weaving aka Mr. Smith from the Matrix movies, and uses multiple terrorist methods that are thoughtfully organized against a ‘big brother’ totalitarian society set in Great Britain.

‘V’ rescues a young girl, Evey played by Natalie Portman, and finds himself a great new ally. Now if you haven’t seen the movie then SPOLIER ALERT! 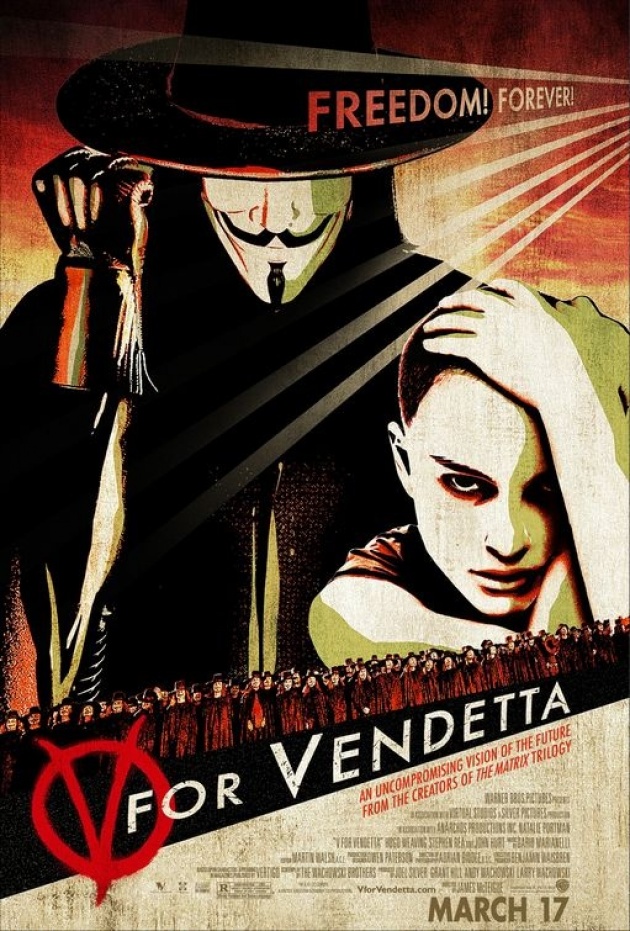 The backstory to the characters is very intriguing and most of all the love that ultimately forms between V and Evey is the enemy of every hopeless romantic, forbidden love. V hides behind an iconic mask that ultimately becomes the icon and symbol of the revolution that V sparked in the totalitarian society against the secret police and government.

This film has very similar characteristics to Orwell’s infamous ‘1984’. The movie is beautifully designed and thought out. The relationship between the two characters is mesmerizing considering V’s initial treatment of Evey.

V placed Evey through basically torture in order to build her as a person and give her strength by breaking her down. 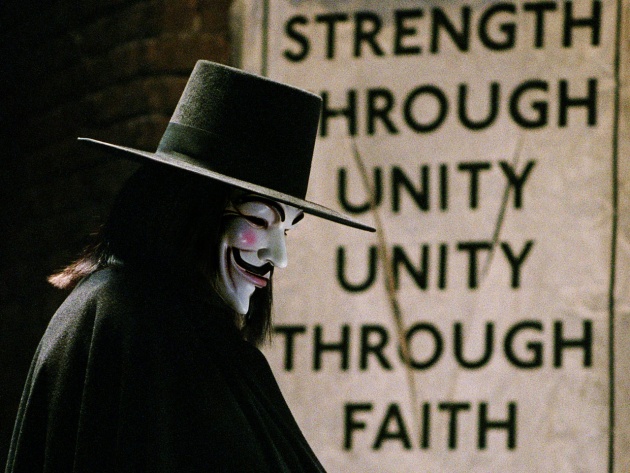 The film brings up some controversial issues that are present in our society these days. I’m talking about government invasion of our personal privacy, the issues with the Catholic Church in relation to pedophilia, and the growth of a police state. Nalie Portman is absolutely stunning as an actress and Weaving’s voice perfectly compliments the appearance of his character. Overall, the film is definitely one to see especially as our society swerves toward that direction, if you know what I mean. Even though you may not become as obsessed with it as I am, it is still worthwhile to watch and just to leave you with one of the greatest quotes within the film, “People should not be afraid of their governments. Governments should be afraid of their people.”

Just talking about this movie makes me want to watch it again; it’s awesome, go watch it!