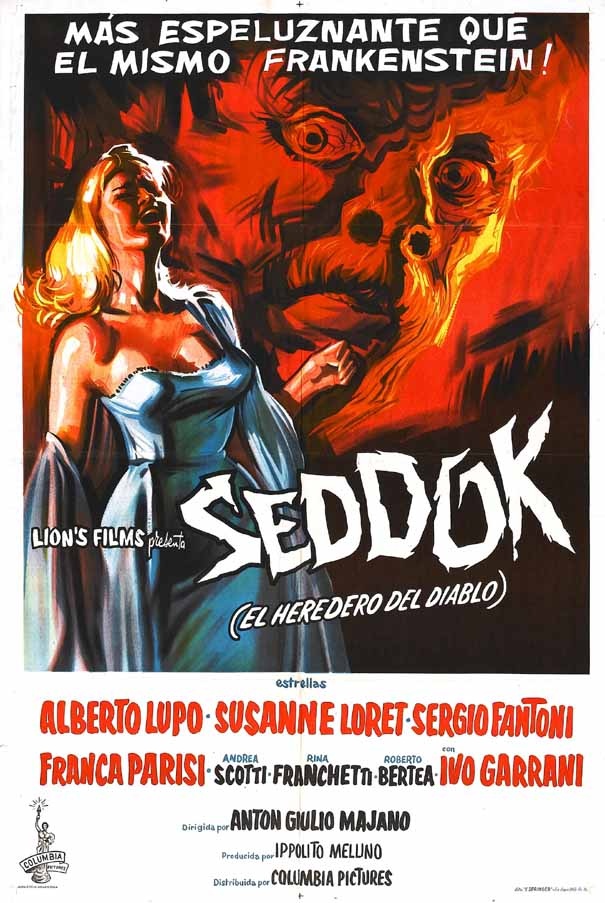 When approaching a film like "Atom Age Vampire," we know we're most likely not about to uncover some hidden gem that time has forgotten. We're going to watch a 1960 B movie, horror genre, from Italy with the good 'ol not quite totally synched up english dubbing. And being that it is foreign, you might guess that the title might not actually have any semblance of relevance to the film. I find this approach awesome because you don't get let down a whole lot after you've watched ten thousand movies! In other words, if you expect it to suck, you can indulge in a more humorous lens with which to see things. 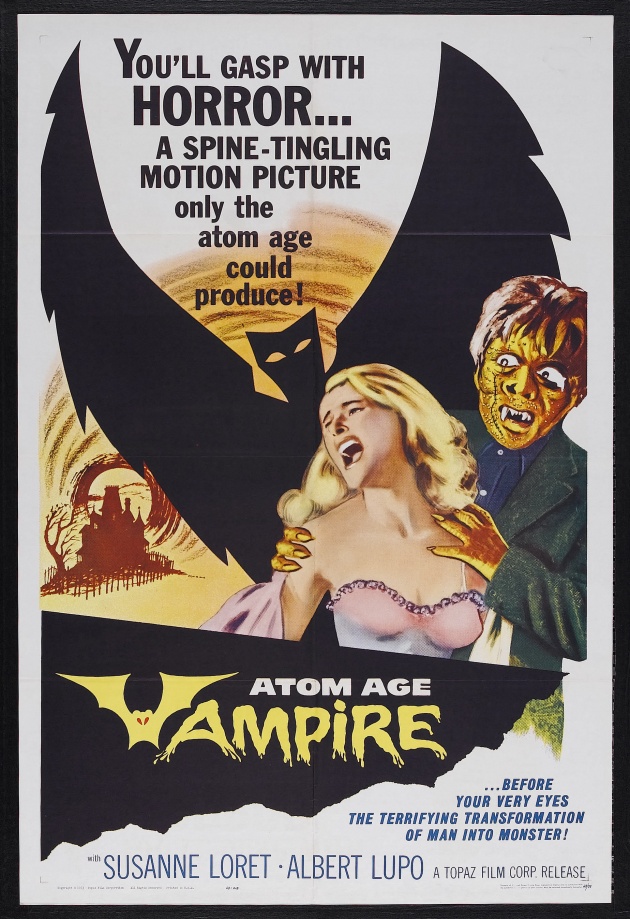 "Atom Age Vampire" (1960, directed by Anton Giulio Majano) is simply put the story of a mad scientist attempting to cure a disfigured beauty. Sounds like an age old story, doesn't it? A sailor by the name of Pierre (Sergio Fantoni) is dumping his stripper girlfriend Jeanette (Susanne Laret) because she's a stripper. Jeanette is so distraught, that she drives herself off a cliff, survives and is gruesomely marred on the left side of her face. Although it seems plastic surgery or another medical avenue is not available to the poor girl, an as of yet unseen professor sends his assistant Monique (Franca Parisi) to invite Jeanette back to the premises for a sure thing yet experimental procedure that will restore her unblemished face. Monique explains Jeanette must tell no one and come alone. Jeanette does not consent on the spot but shows up at the estate of Professor-Alberto Levin (Alberto Lupo). It seems the good Professor studied up on the effects of post-Hiroshima bombing radiation on living tissue and has developed a syrum that can create monstrous effects and another syrum that can cure these effects and any degenerative cells. He has a mutated Japanese oyster cluster in his office as a radiation souvenir! After Jeanette calms down over a hysterical beginning and passing out at the Professor's house, she is injected with the syrum and....it works!! For a little bit:( That's okay though, because the Professor is love crazed and driven to succeed so much that when he runs out of the good stuff he injects himself with the bad stuff to become a monster, kills young women for their cells, returns home, steps into the radiation chamber (which can't be good for him), steps out normal, and produces more good stuff for Jeanette. Meanwhile, Pierre feels real shitty about what happened and wants Jeanette back. He eventually comes to the rescue with the police, Jeanette is saved, and the Professor is done in by his much-maligned Igor like lackey, Sacha (Roberto Bertea). Sacha cries as the Professor's body is carried out, and the camera lands on the roses inside the greenhouse: a symbol of the Professor's thorny mix of biology and chemistry. Don't try this at home kids!! 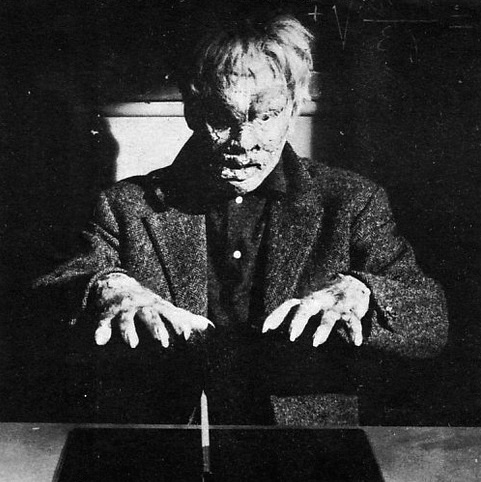 "Atom Age Vampire" is a bad movie for sure. It's been hacked up into several different lengths and many many different copies distributed (issued as part of the Hollywood Horror Collection: Killer Creature Double Feature with "Bloodlust!". It had an original title of "Seddok, l'erede di Satana," but apparently there was no character of Seddock and he certainly wasn't related to the devil. The Professor even has a moment of remorse! The American title of "Atom Age-Vampire" is quite a stretch and very gimmicky. There are several moments in the film that need better explanation and seem very thrown in. Nevertheless, it's entertaining to see it as a part of Italian film history, and film history in general. Film enthusiasts may know about neo-realism, giallo, sword and sandal,  and spaghetti -westerns, but this one emerges from the cracks of those Italian cinema categories. "Atom Age Vampire" does have some cool dated stop-motion effects to illustrate the Professor's transformation from man to monster! 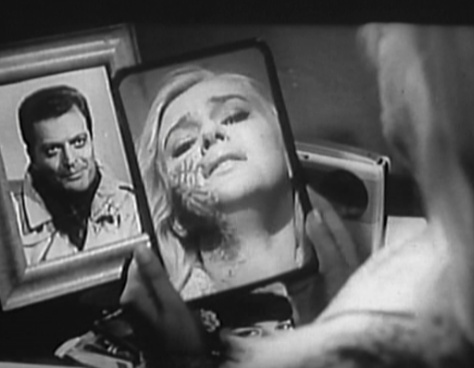 In closing, I would like to give a shout out to 1000 Misspent Hours for so many entertaining movie reviews. You may watch "Atom Age Vampire" below or on Baxter Martin WebTv!